My scenario involves the following classes: 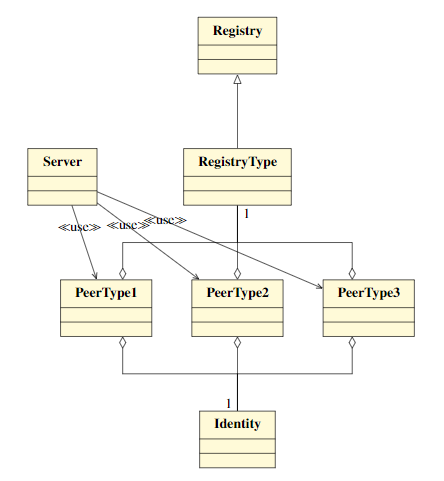 I have three types of Peer that creates a RegistryType instance because its methods are needed. Same for Identity class. Each PeerType need 0 or all the RegistryType methods in order to accomplish their work. Every Peer is then run by creating a Server instance that makes use of one of the methods defined by the Peer by passing a callback.

What I’m trying to achieve is to solve the tight coupling between the PeerType classes and the RegistryType class. My idea is to define a general Peer class from which every type inherits and define the dependency with the RegistryType there.

The target language is Python so either constructing the Peers with a RegistryType or a Registry is ok.

Even after defining a new Peer class to encapsulate the RegistryType I reckon the two classes are still tight coupled so (maybe) a solution would be to pass a RegistryType instance to the Peer class instead of constructing it inside its constructor.

I hope to receive some great suggestions. Thanks.