I recently started working for a company that had been getting all of its software provided by overseas developers.

I was hired on because of my years of experience in software, but all of those years were in Windows Forms using C#. This project is still in Visual Studio, but largely it is controlled by HTML, CSS, and Javascript – which I am not good at.

My assignment right now: When User drags on a row on a table, a pointer appears on the left of the grid control, follows the row to indicate where the row is able to be dropped, and the row is moved to that location when the User releases the mouse.

Right now, the mouse is not moving 1 to 1 with the arrow. The more rows in the grid, the greater the discrepancy between the mouse and the pointer. 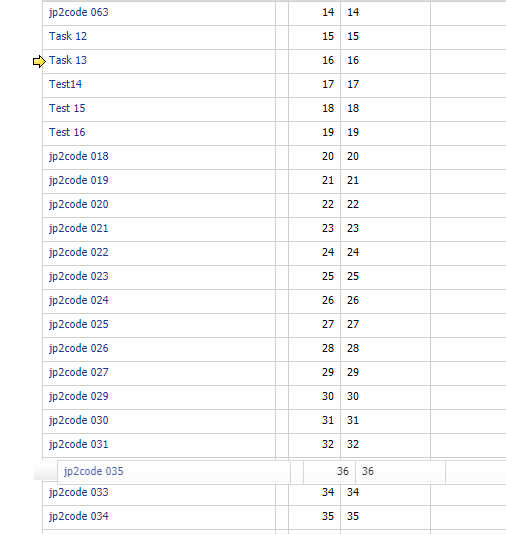 I went into the Chrome console’s Source tab, went to the Event Listener Breakpoints, and put one on “Mouse > click”, but it didn’t break any execution.

I am not here to get you to solve the issue for me, but I don’t know how to find the code associated with this.

The file that is being called is called TaskListViewer, but it has no controls in the designer and very little code behind. Everything is loaded by the master page and source scripts.

Can anyone offer suggestions on how I could go about locating where the issue is in Javascript? For a Windows Forms application, I would simply look at event handlers for the control.