Bitcoin and the Future of Money. 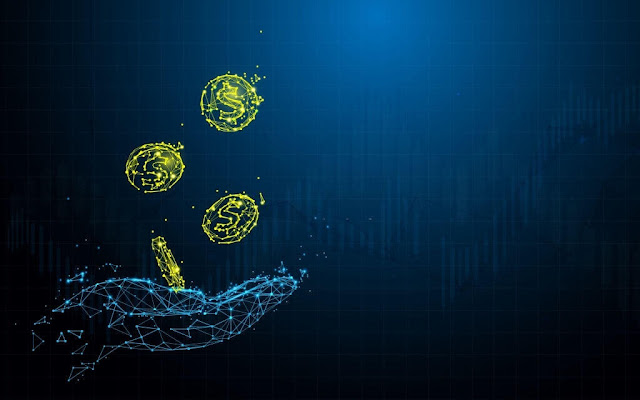 What is Bitcoin? It’s a question that many people ask themselves these days, but not many can manage to understand the answer, since explaining and unraveling a cryptocurrency like Bitcoin, is to talk more about technical aspects that are not so common for most people. However, to talk about Bitcoin is to debate about the future, since in the present, what we actually see, is only the tip of the iceberg of what is to come: a slight hint of the new era of finance. But in order to understand the present and the future, it is important to understand the past and what we will (surely) leave behind sooner or later.

Usually, the term “money” itself has no intrinsic value; its value is merely symbolic, since it conveys the importance of what people give to it: a seashell, a grain of rice, a weight of salt, a piece of a precious metal, or a piece of paper. Therefore, the “value” of money lies in the virtue of its functions: as a means of exchange, as a unit of possession, and as a store of wealth.

A curious thing that can be noticed is that the terms “money” and “currency” are not identical: “money” is an intangible concept (it cannot be touched, its virtues give it value), while “currency” is tangible (physical, it can be touched, like a piece of silver coin). Even so, both concepts are totally interchangeable and have merged over time to give manifestation to the weight of value.

A Brief Chronology of Money.

Neolithic. Bartering: the first form of exchange, which is the action of giving one thing and receiving another in return. The oldest form of trade: (direct) negotiation of goods and services between two parties. Preposition of “value” as the principle and birth of money.

3000-2500 B.C. Merchandise/Weight: creation of value patterns as an exchange system. Reference units such as weight and quantity for the basis of trade. Salt, rice, wheat, seashells, cocoa beans, used as tools to facilitate trade. 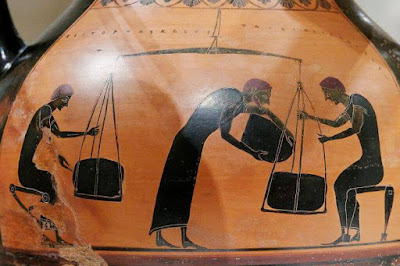 1000 B.C. Coins: objects or replicas in the form of a circle to replace large objects. The first coins were found in China, and consisted of metal “seashells” as instruments of exchange. 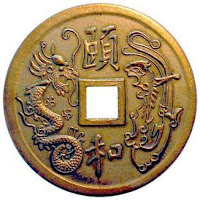 700-600 B.C. Minted coins: the first ones were found in Lydia (present-day Turkey) with a subsequent adoption in Persia and Greece, and then spread throughout Europe and Asia. 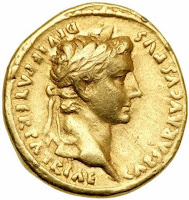 9th century A.D. Paper currency: In China, paper is also implemented as a currency, which gives birth to the term “banknote“, as we know it today (a piece of printed paper representing a certain amount of money).

16th century A.D. Paper currency is implemented all over Europe. Terms like “certificate“, “letters” and “promissory note” are common as deposit letters (in vault) of the heavy coins. Banking is crystallized. 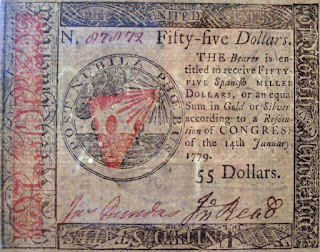 1250-1400 years. Crystallization of the commercialized bank debt, defined as a set of loans or commitment of obligatory payment between two entities (person, company, institution, country) and repayment of the same.

1800-1900 years. Rise of the gold standard. With the impulse of centralizing the monetary issue, gold begins to be established as a support standard, which guaranteed that any citizen could convert a paper currency in a prefixed amount of gold. Establishment of the main European central banks, and the subsequent creation of the FED (Federal Reserve System) in the United States. 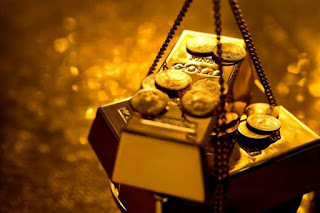 1940’s – End of World War II. Fall of the gold standard. The so-called fiat money emerges, which has value due to its declaration as money by the state and also backed in credit and trust (faith that it is respected and accepted), rather than being backed by the gold standard. Due to devaluations and inflation from wars and crises, the need for gold to give value to money becomes inefficient (due to the scarcity of the precious metal too). Because of this, people’s perception of money and its value changes again. Only the dollar maintains the gold standard and emerges as the dominant currency in the international system.

Year 1971 – Fall/Breakup of the gold standard of the dollar. Since then, the American currency joins the “fiat” team but maintains its unique reference at a international level. The gold backing guarantee already ends and is replaced by the belief in the “faith and credit” of the United States government. 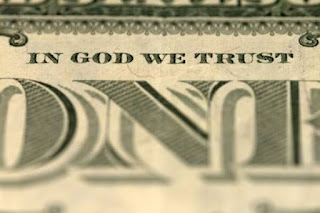 Up to this point in our journey, money is nothing more than a relationship of trust, and its value is purely determined by purchasing power. In other words, money is created by a kind of perpetual interaction between real and tangible things, our desire for them, and our abstract faith in what has value. Money is valuable because we want it, but we only want it because it can get us a desired product or service.

From now, it is possible to create more paper money (printing) in an almost unlimited way, without the backing of gold as a guarantee, but bringing a bad consequence: the imminent danger of a financial dark age (due to the abuse of that “trust and faith”); that’s why so many countries and entities are working tirelessly to ensure this never happens. 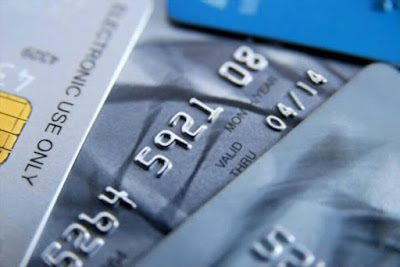 With the advent of the digital age, new electronic value systems are being created, strengthening the networking era, and therefore shared accounting. The system of shared beliefs and trust in the new banking systems is also much more consolidated, leaving aside tangible backing guarantee such as precious metals, and beginning to adapt to the scheme of digits, especially intangible ones, over the interesting capacity we have to create new realities and make them accepted by the collective majority. Despite of this, the emerging digital currencies have no less support than dollars and euros. Let us continue with our journey.

The 1950’s and 1960’s. Development of ERMA (Electronic Recording Machine, Accounting), the first computerized machine for banking purposes, under the contract to Bank of America. Along with MICR (Magnetic-Ink Character Recognition) technology, they pioneered electronic banking. Subsequently, the SABRE (Semi-Automated Business Research Environment) system helps in the implementation of a new computerized payment system on a global scale.

The 70’s. Due to the evolution of Mainframes (large computers, mainly designed to process very large volumes of data), banks begin to implement them as operational support for their exponential data processing and transactions at local, regional, and international levels. 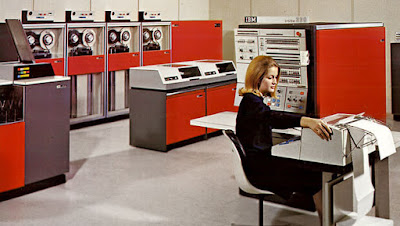 The 80’s. At the boom of telematic development, Minitel appears, which was a kind of teletext or terminal. It essentially consisted of a modem with a keyboard and a screen, connected directly to the residential telephone line, but using the open network of ARPANET (the predecessor of the Internet), to make interactive queries of various services. Due to the innovative invention, big banks in New York adapted it to their systems to digitalize many of their services. 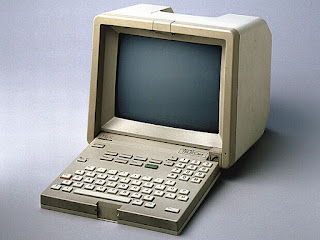 Year 1982. David Chaum presents in a conference, under his own initiative, what would be the main seed of the creation of a digital currency, “Blind Signatures For Untraceable Payments” which allowed a payment system based on cryptography, along with other protocols that emphasized anonymity and data privacy. This led him to be one of the first public members of modern CypherPunk, which is defined as digital activism focused on protecting the privacy and security of users, using cryptographic technology. 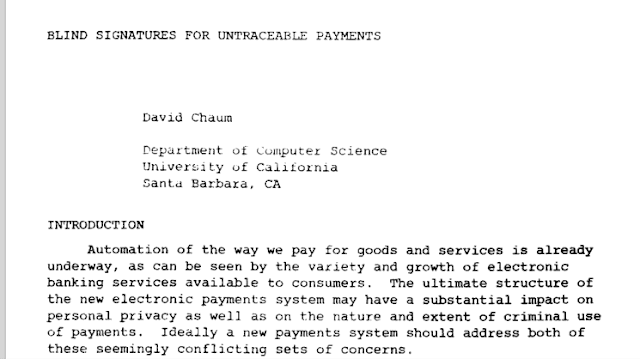 The 90’s. David Chaum founds DigiCash, the first electronic currency, unique in the world because its transactions were anonymous, allowing electronic payments impossible to track by issuing banks, government or third parties. Despite of being revolutionary and ahead of its time, the project did not receive much interest from companies and investors and could not be consolidated.

Years 1996-98. Foundation of E-Gold, acclaimed as the first digital currency system, which had a great adoption on the world wide web. It was characterized as the first provider for non-credit card payments through an API, enabling a wide range of online services such as e-commerce, wireless mobile payments, and online currency exchange services. Because the banking and credit system in the United States was not very prepared for a digital environment, the E-Gold system was very vulnerable and insecure, giving way to large frauds, thefts and cyber-crime, which led to its final closure.

Years 1998-99. With the global boom of internet and e-commerce, Paypal appears, allowing fast transfer of digital money using only an email. WebMoney also appears as one of the largest digital payment processors in Russia. 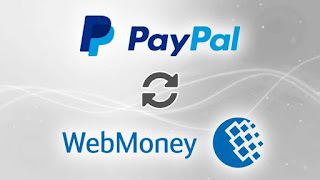 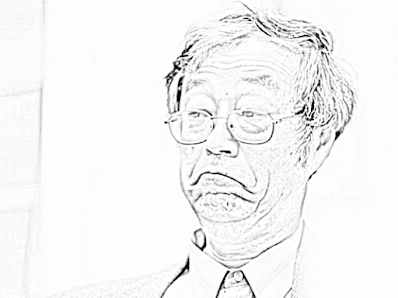 The real identity of Bitcoin’s creator still remains not clear.

📖 For a better understanding of some “techie” words, you can find a updated glossary of cryptocurrency terms HERE.

Year 1997. Adam Back invented HashCash, a cryptographic protocol that tried to stop the sending of massive spam in mail servers, which was based on a small ‘computational expense’ to be able to send a mail (calculation of algorithms that implied an extra computational cost). This led to a better consolidation of the PoW (Proof of Work) protocol. In addition to this, it also offered a slight protection against the problem of double- spending.

Year 1998. Wei Dai creates B-Money, which is a system of value exchange and contract enforcement between anonymous participants, to provide untraceable services through decentralized transactions, and to protect the privacy of each participant in a network. This led to further consolidation of the Proof of Stake (PoS) protocol. However, this system was not fully consolidated.

Year 2004. Hal Finney published his review of Adam Back’s HashCash, RPoW (Reusable Proof of Work), which deals with the creation of unique but reusable cryptographic tokens, as a process for checking and issuing digital coins. However, the validation and protection against the problem of double-spending was still registered in a central server of confidence.

Year 2005. Nick Zsabo proposed Bit Gold, a project he had been working on since 1998. Zsabo, a pioneer of “Smart Contracts“, focused considerably on the design of e-commerce protocols between anonymous participants in a network. The Bit Gold project was mainly based on a better approach to privacy, a decentralized system, and PoW (Proof of Work) functions. However, the project never got off the ground, as it had certain gaps that still needed to be addressed, such as the problem of double-spending and an efficient mechanism for limiting Bit Gold units.

Year 2008. A mysterious character appears under the pseudonym of Satoshi Nakamoto, announcing the creation of an electronic currency which he called “Bitcoin“. He maintains correspondence with Adam Back, Wei Dai and Hal Finney, sending the latter a copy of the source code for testing purposes. 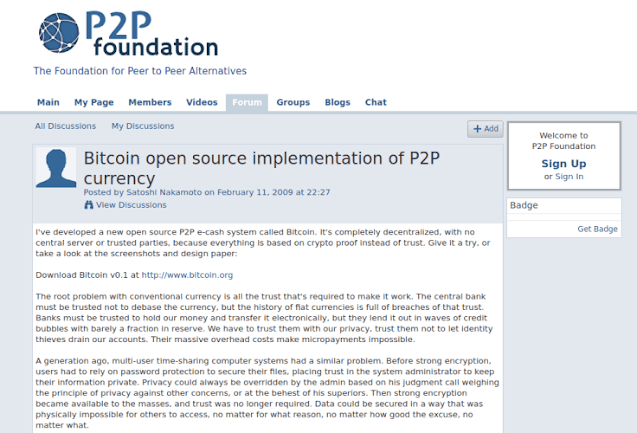 Year 2009. The first transaction of Bitcoin is launched, and Nakamoto sends it to Finney, making him the first “bitcoiner”. The test was a success, and after a year, Bitcoin’s capitalization was worth over $1 million in the market. 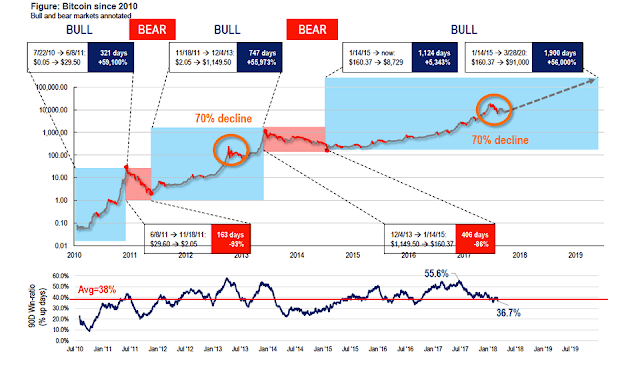