There’s a definite “HDR feel” to the photos, but I’m not sure if any actual HDR / exposure blending tricks have actually been used — it might just be strong curves and saturation adjustment, combined with odd lighting.

Anyway, here’s a quick example of how to post-process such images to bring out the foreground. The original image is a quick snapshot I took from a boat against the sunlight, with no fill flash, using a Nikon D70s at ISO 200, f/6.0, 1/8000 s. It lacks the dramatic sunset colors, but does illustrate the general issues with shooting against the light over water: 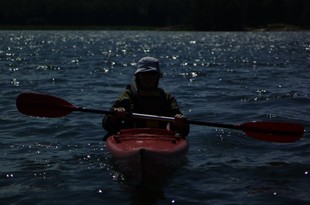 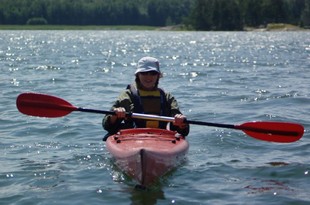 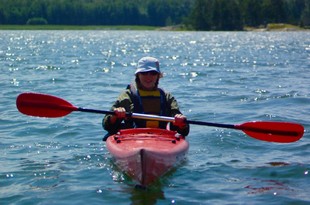 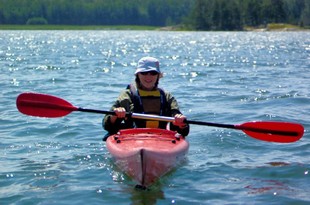 Top down, left to right: (1) original image with no exposure correction, (2) exposure boosted by +2.6 in ufraw, (3) color saturation boosted to 170%, (4) luminance curve adjusted to balance foreground and background.

Note how, without exposure correction, the foreground is severely underexposed. That’s actually deliberate; it’s a lot easier to boost exposure in post than to fix blown highlights.

All of this was done with global adjustments only; of course, with careful masking, much more would be possible. The tricky part here was getting the curve adjustment to look good. Here’s a screenshot of the curve I ended up using: 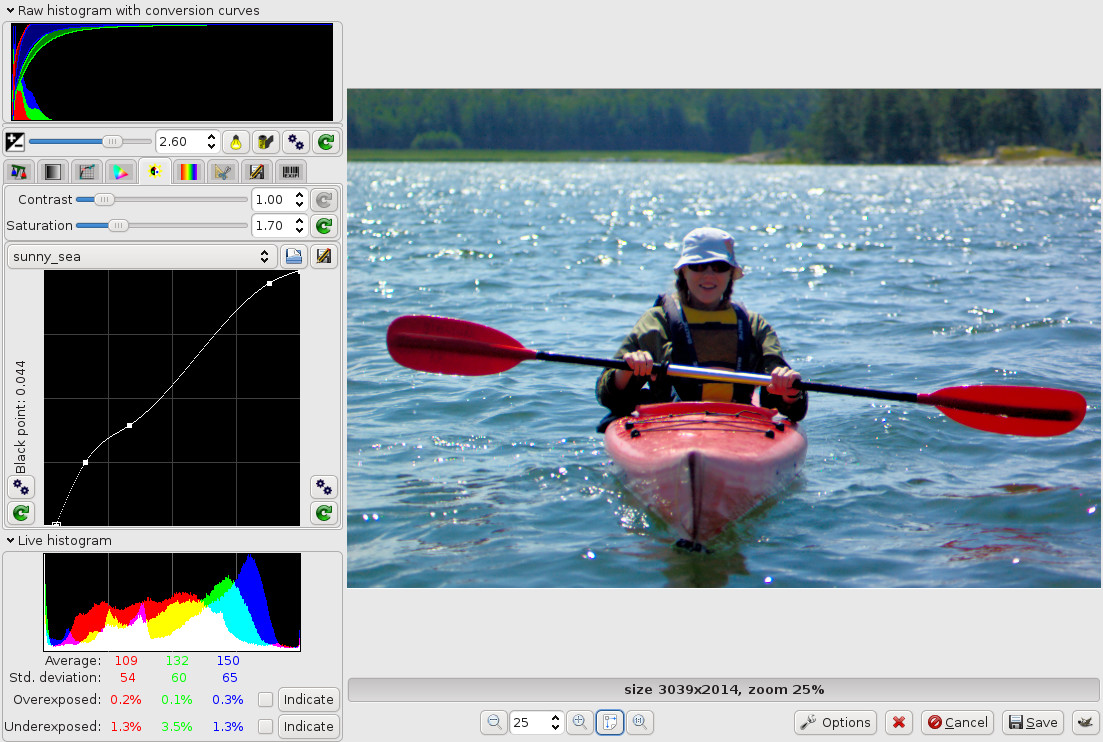 You can see that there’s a strong contrast boost at the bottom end (corresponding to the subject in the foreground), with a compensating flat range in the “midtones” (which, here, basically means the constrast gap between the foreground and background) and a slight S-curve in the upper range corresponding to the highlights on the water (to give them a bit more contrast).

As for dramatic lighting, I’d say it comes mostly down to picking the right time and location. Here’s the kind of background you can get with a polarizing filter and the sun low behind clouds: 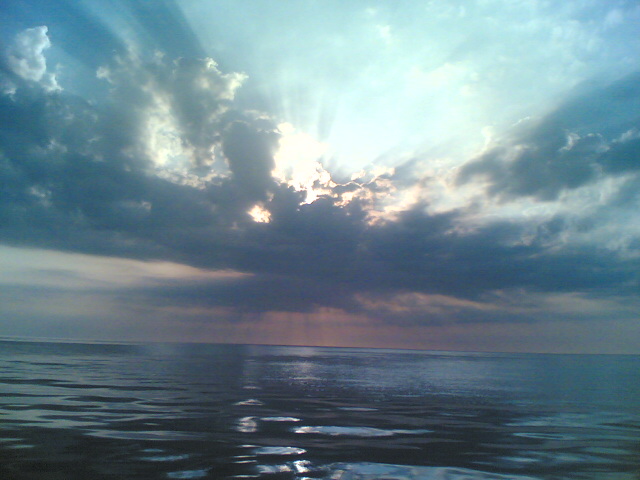 This is, in fact, a completely unedited photo taken with an old 0.3 Mpx cellphone camera, filtered through polarizing sunglasses. You can just imagine how awesome it would’ve looked if I’d had a proper camera with me. 🙂