T* refers to Zeiss T* anti-reflective coatings applied to the Electronic View Finders on Sony Cameras. I believe it first appeared on the Sony A7R II in 2015.

The EVF gets an update too with a new best-in-class 0.78x Tru-Finder that delivers a larger view than any cameras in the category. 1.0x magnification would be actual size of a 35mm frame. Previous a7-series cameras along with most fullframe optical viewfinders are around 0.70. That’s a much more visible improvement than the number of pixels. Zeiss T coating have been added to an additional element for a sharper view especially at the edges – at least for eyeglass wearers like me.*

In short, it’s Bigger and Clearer. 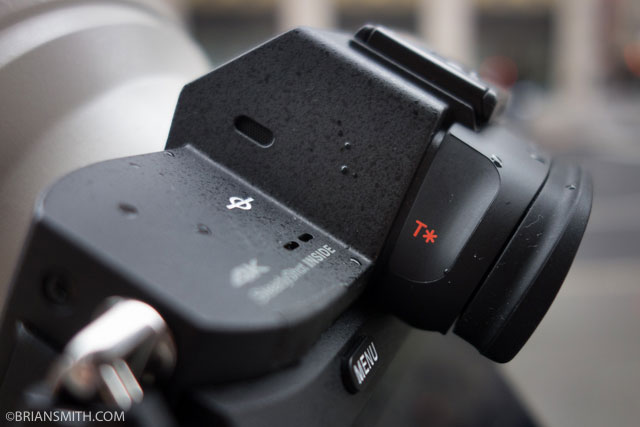 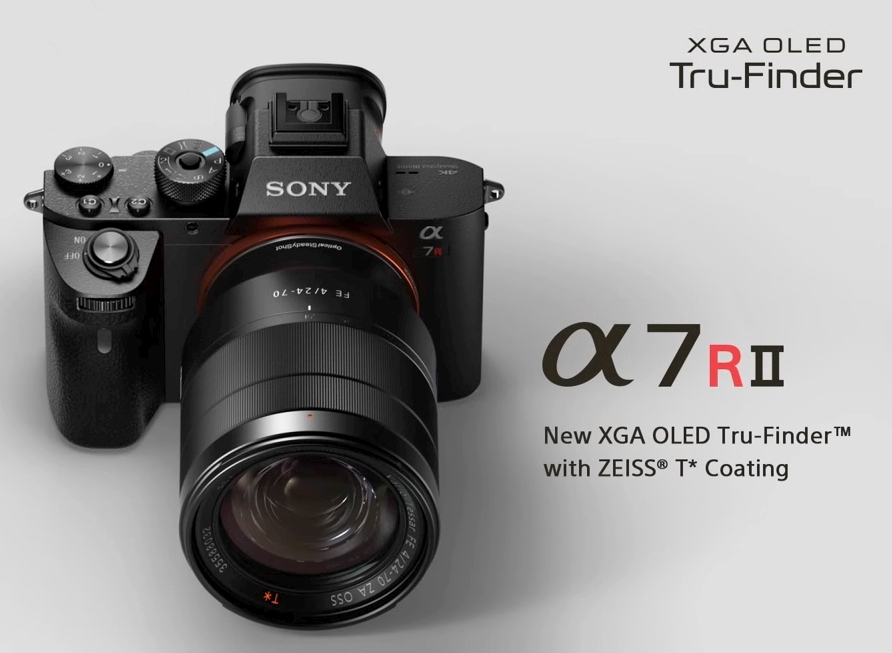 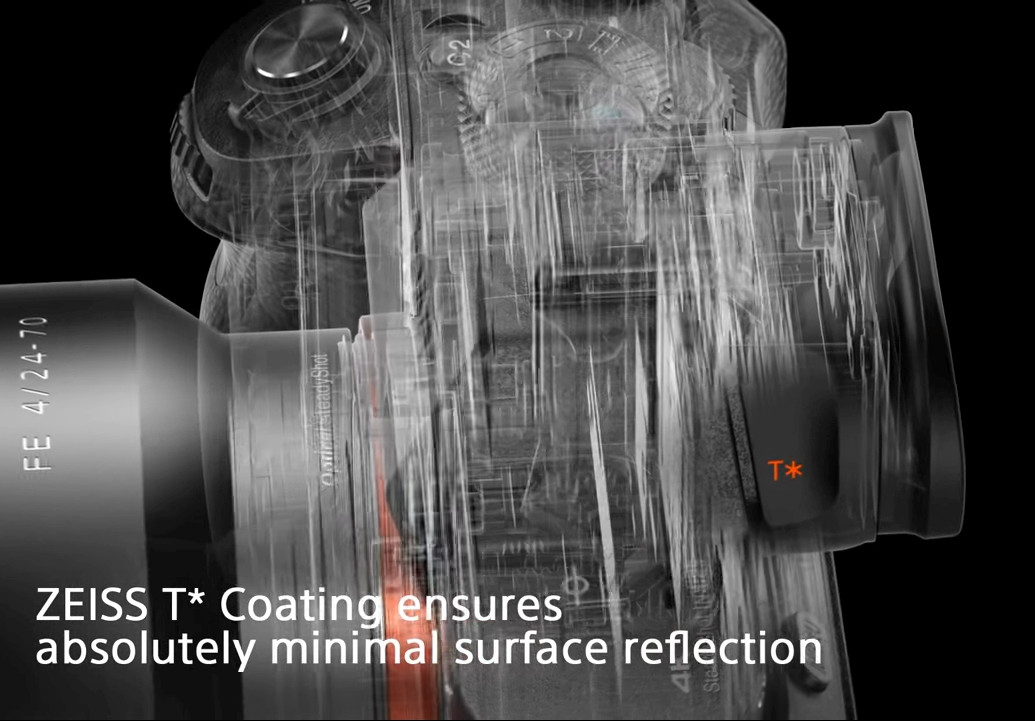