This year, 2019, the finals of the African Cup of Nations soccer tournament were hosted by Egypt. A number of countries were involved, in fact, 24 of them, even though this number can vary for each tournament. Each country had a number of players that participated. The African football (soccer) governing body, the Confederation of African Football (CAF) rules stipulate that a person can only play for one country. Each country had a number of specialists, such as managers, doctors, treasurer, ambulance drivers, etc to cater to its different needs. Even though most specialists were attached to one country, some of them such as ambulance drivers catered to more than one country.

I was given the following instruction:

Draw an entity-relationship diagram (ERD) for this scenario. Do not include entities that are not in the scope (scenario) provided above. The ERD should not contain any many-to-many relationships. No attributes/fields are required.

I started drawing the diagram so 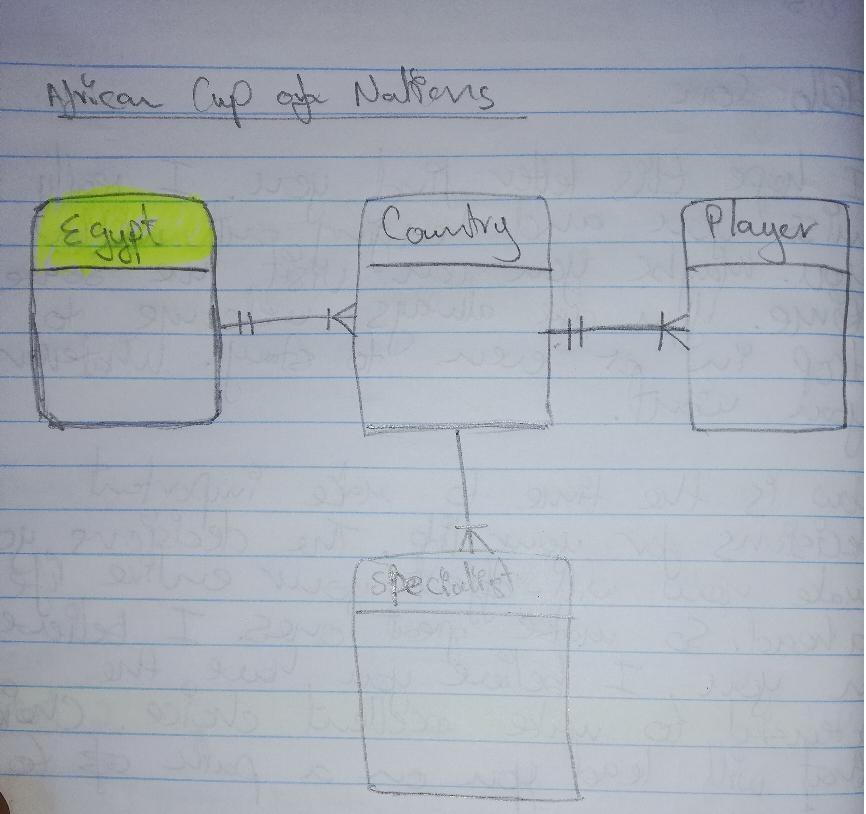