So I’ve noticed in my August Google Analytics for our Canadian municipal website, Linux Chrome users have gone from 0.25% of our users in June to 10.58% in July and now 26.75% in August.

Any idea what these might be coming from? I was thinking like bots but our total users and page views are around the same as previous months. I was then thinking maybe a new Android update reporting as Linux or something? But they seem to be listed as desktop, not mobile.

Anyone seeing anything similar on their sites, or any other ideas? 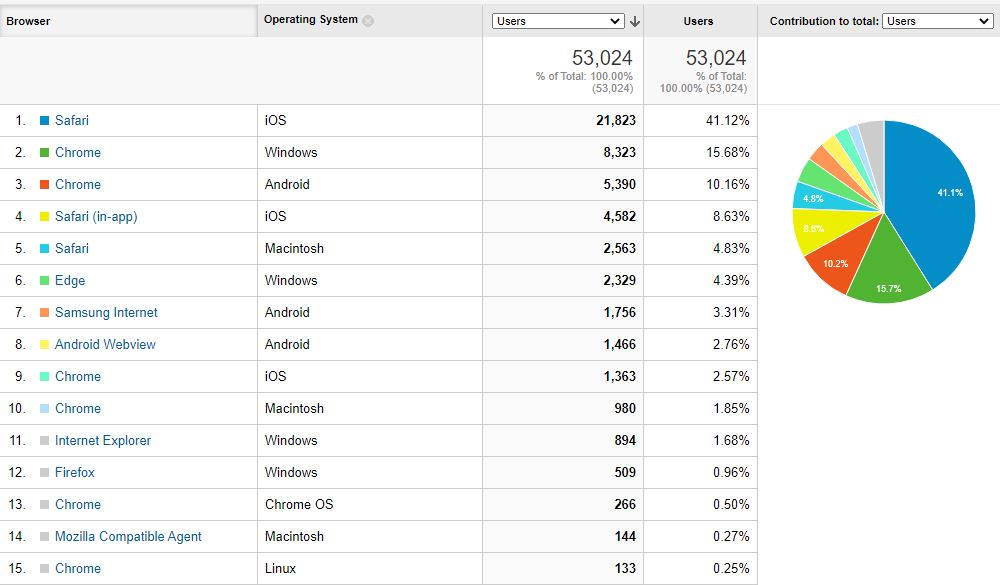 I have a VIMEO webinar on the site. How can I get the length of time user spent on the broadcast page. Can’t find any information about broadcast, everything’s about just video.

I need to analyze this data in Google Analytics. The issue is webinars are longer then 30 minutes and GA resets session to zero. How can I calculate this?

That shouldn’t be a bigger issue in UA but I am totally lost with the new GA 4 UI and behaviour and can neither find anything on the documentation. Could someone please give me a starting point on that?

That shouldn’t be a bigger issue in UA but I am totally lost with the new GA 4 UI and behaviour and can neither find anything on the documentation. Could someone please give me a starting point on that?

A page redirects to another page using a 301 redirect in a .htaccess file.
If I try to access the page from a URL with UTM tagging, after redirection, it removes all UTM tagging.

Is this normal behavior? How can we keep the UTM tagging so that we can see this in our analytics?

Here are some examples:

http://example.com/page.html?utm_source=nosource&utm_medium=nomedium&utm_campgn=nocam&page=1 (Just misspelled utm_camaign to check if utm_ is not just a culprit)

This week I have seen 3 or 4 page referrals in Google Analytics coming from analytics.google.com.

First, I have my own IP sub net filtered via GA>Admin to prevent my own traffic appearing in GA. Second, the URLs being accessed contain data/parameters that I know I didn’t add. The only thing that’s changed has been a Chrome extension that I’ve added to block GA from tracking hits to my website when testing through VPNs and Chrome.

Should I be thinking about a possible security issue with the Chrome extension, or is there another possible explanation?

I’m planning to track share button clicks i.e the facebook, twitter, linked in button links on my website. These icons are present in all of my pages as an inline sharebar and as floating sharebar.

I’m using GA4 property. I wanted to use below gtag call to send the custom event.

My doubts are how to frame the event properly so as to capture all the necessary information. Things to track as

Please share suggestions on how to frame this event. I’m confused on what should be the association. Also do I need to explicity pass the page URL and other information for custom events ?

Suppose I have a simple table called events like this:

Given this table, for any given interval, such as last minute, last hour, last 10 hours and so on, I’d like to extract the following data:

However, I’m finding that this doesn’t scale, at least not well enough for querying it every second, for multiple intervals, when dealing with millions of rows per day, and tens of thousands of unique event_id.

With a setup pretty similar to this one, using timescaledb with Postgres, a query on 2.5m events and 30k unique event_id over a 24 hour period is taking anywhere from 2 to 5 seconds. Considering I want to run this query every second or so for 10 different intervals, this approach simply doesn’t work.

From my perspective, my bottleneck is the fact that I can’t get around having to read every single row to SUM action_count per event_id. In this example I could in theory have one row for each action_count instead, but for my real use case I can’t because action_count can be a number anywhere from 1 to 10 billion.

So, my question is, is there any way I could model this in such a way that I can run these queries much faster?

Keep in mind, it’s no use for me to keep track of events on a hourly/daily timeframe, since I’m always querying on last N minutes/hours instead of hour N or day N.
With timescaledb I could bucket my data into minute/hour intervals, but since I have tens of thousands of unique event_id I end up running into the same bottleneck of having to read and sum millions of rows at a time.

Another caveat is that rows are usually, but not always, coming in the correct order. So I may insert and event for April 5 followed by an event for March 30 and then April 5 again.

I can think of a few solutions, but they all seem extremely contrived and error prone. I could also use a memory database, but it seems to me that there’s got to be a better solution to all of this, right?

So, I’m asking you, how would you approach this?

We use Google Analytics v4 and I’m confused about the Social and Referral sources in the Traffic Acquisition report.

In the Acquisition -> Traffic Acquisition view, you can clearly see that sources for Facebook are categorised mostly as “Referral” and occasionally as “Social”. In my opinion that makes the whole “Social” category pretty pointless if it’s not counting all of the traffic from Social media channels. This isn’t limited to Facebook, the same is true for twitter and IG too. 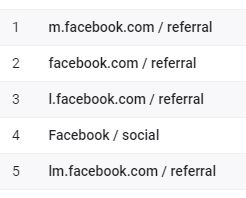 Is this expected behaviour? Is there anything that can be done to better categorise these referrals and social?

I have a collections of items labeled with QR codes (say, pictures on the walls of an art gallery, although it does not matter). Those QR codes link to a static website page (something like https://mywebsite.com/item/). The URL has no query parameters as it links to a placeholder common for all items at the moment. But I still need to track which QR is hit when and whether a user followed a certain link on the web page.

I set up a page with a GA tracker.

Then I created a link with UTM parameters that I’m going to embed into the QR-code.
Link format: https://mywebsite.com/items/?utm_source=x23e90m39xd&utm_medium=qr&utm_campaign=bookmarks, where utm_source represents my internal item id.

I see the page view on my GA dashboard, but I also see that GA does not detect my UTM compaign parameters. Here’s a screen from Reports snapshot: 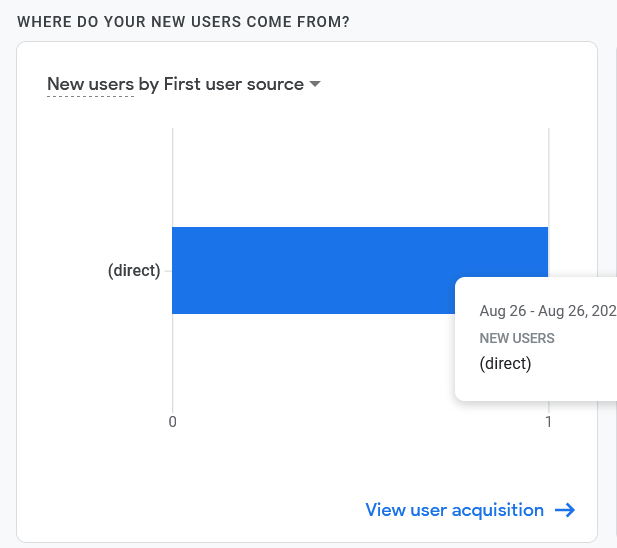 I assume that direct means that a user just typed the link to the page with no UTM params.

But in the Realtime dashboard -> View user snapshot I can see campaign params detected:

How do I make my internal id (utm_source parameter) from the link https://mywebsite.com/items/?utm_source=x23e90m39xd&utm_medium=qr&utm_campaign=bookmarks appear in Aquisition dashboard or Reports snapshot or wherever so I could filter user interactions based on its value?