excuse me for the long title. My goal is to find an algorithm to sort an array of n elements, with an oracle, which must be used O(logn) times.
Given a partition of our array (resulting in two subsets, A and B), this oracle can tell us how many elements in B are smaller than a given element in A in O(1).
A naive approach would be partitioning the array to an element and a subarray of n-1 elements, and using the oracle to determine the position of our single element. Doing this n times would sort the array in O(n).
However I cannot think of any algorithm that would perform better than O(n), and I am beginning to question whether or not this is possible?
thanks in advance!

My professor wants us to use this format to create an array with these numbers. He also wants us to find the maximum number without using library methods (eg: array.Max()), but with loops and Int.minValue. However, I cannot seem to properly print out “9,” which is the obvious answer. It keeps printing random numbers as the maximum value. Here is the code I tried below VVV

I am having trouble implementing this algorithm in the way that my instructor wants it. I understand the basic algorithm with a 2D array passed to the function, but this requires a 3D array as a parameter and I’m not sure how to work around it. Any insight would be greatly appreciated! I have attached an image of the question at hand. It states to write the solution in Cilk but I am first trying to implement it in C++. Image of the problem 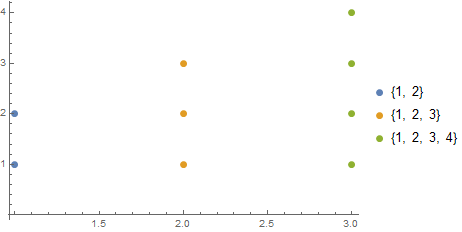 You can also use MapThread + Thread to construct list2:

I’m trying to generate a random path on a 2D grid given that:

This is what two paths generated from the parameters {Width:11, Length:17, PathLength:30} would look like: 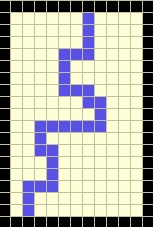 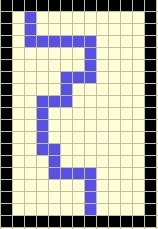 and this is an example of a path that should not be generated: 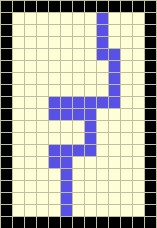 The result of the algorithm should be a list of value pairs such as this: (8,6) in any order, which indicates the segments of the path.
I’ve been trying to solve this problem for a while, but I have problems understanding how to make this have a given length. If the given length was not a requirement I could just generate it with a nested for cycle and some rules. Please help!

I am building a plugin, I created a new admin page and subpage, and inside that subpage, I want to add some Settings. That’s why I’m building them using the Settings API.
I am using Composer and Object-Oriented Programming. I have a folder called SettingsAPI, with the following namespace namespace BlocksPagesSettingsAPI;
Inside that folder, I have three files: AddSettings.php, Settings.php and SettingsLayout.php. All three of them are correctly connected. The files have the case sensitive names of the Classes. Settings.php has a Class named Settings, and so on.

The array above is being passed, alongside the other arrays, to the AddSettings Class and the next function that will process them.

setForm() does the following with the arguments.

The variables $settings, $sections and $fields have been created at the beginning of the class as public and empty arrays.

Which then gets registered with the following function:

registerForm() hold all the Settings API functions from WP, here is register_setting().

This part works great. It also works with add_settings_section(). What doesn’t work, are the inputs. Which I will present now as well:

Inside this Class is the function/method setForm( $n = NULL ), that’s where all the arrays are, like the one I showed above. Right now $n has no meaning, but it’s going to be a number, so I can loop all over those arrays and settings to create more forms. Whether I keep it at NULL or I change it to 1, has no effect on the endresult, same thing.
Here is the array for the fields.

So this is an array with three arrays inside of it. This array has callbacks, and it’s the callbacks that do not work at all. No matter where I put them or how I write them, they are not being echo’d. At the bottom I will list all of the things I have tried.
Like with the settings arrays, they are allso processed like this:

Which then gets passed to registerForm() with the following function:

And then nothing. No inputs on my Subpage. Everything but the fields are being echo’d. 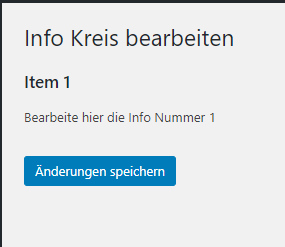 And the function add_settings_section() inside AddSettings.php, no foreach() was used for this one:

It’s being called the same way like the fields. But the fields still do not echo anything. Any before anyone says I am echoing inside the anonymous callback function instead of returning another function:

I have tried a few things. One of the first things I tried was to edit the way the callback is written. So instead of a function that returns another function I wrote something simple.

Also not working
I also tried

Which then called the function and echo’d the inputs, but not in the right position. They were at the very top of the page. And if I loop everything, all inputs will be at the top, with the sections below in the right print order. So that’s not the solution either.
What I also tried was to move the callback to AddSettings.php and call it like that.

Didn’t work either.
When I tried to just directly write the function in there, like so

Didn’t work either. I also always put die; at the end, just to see if it’s being called at all, and it has not been. It’s like the function doesn’t exist.
I have also tried to immediately run the function by adding () to it:

Same result like earlier. It echo’d the inputs, but not in the right position.

I tried looking for an answer, but couldn’t really find one that was similar to mine. I found these questions and solution, tried them, and that also didn’t work:
How to pass arguments from add_settings_field() to the callback function?
and
Add_settings_field() parameterizing callback?

And for clarification, my SettingsLayout.php is build like this:

I have run out of options to try. At least of options I know of. If anyone has any kind of solution, I would be HAPPY to hear them. I also explained myself as best as I could.

And because that’s a lot of code, pasted the relevant code into the online editor for you to look at even better: https://repl.it/@Braweria/Callback-Problems

Which I forgot to mention, inside my foreach() I also echoed field("id") to see if that works, and it does echo the right ID.