We have designed a mobile assessment test app. Where we need to display 3 levels of information after the header bar. Here are the screenshots: 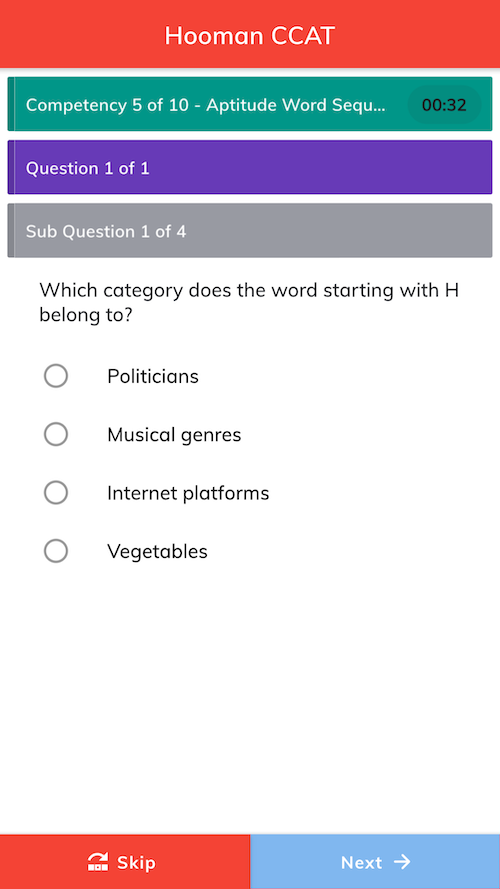 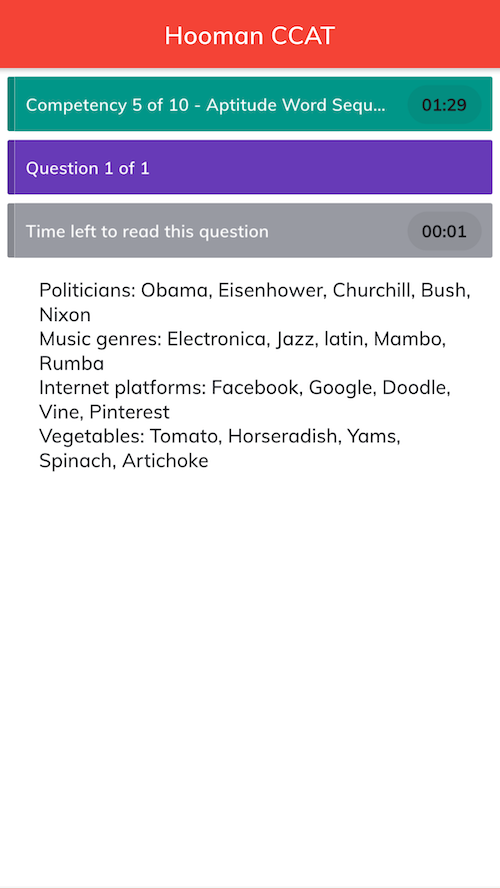 As shown in the screenshots above, we display 3 types of information bars (skill, question and sub-question / instruction).

For a better user experience, what type of colors should I use? I have tried to create different material palettes, but I don't know if they are eye-catching or nice to see.

This is important because there are around 100 questions in an assessment test.

I have tried different combinations of http://colormind.io/ and manually too. But I couldn't get good feedback.

I am having trouble showing the awstats tool (CGI script), the icons and the associated histogram bars, on one of my sites (doubled here website.com).

In addition, the task is more complex because I have a Zope server after Apache.

So to sum up, below are all of these rewrites and rewrites that produce what is expected, that is, all redirects to https://website.com and password access to awstats tool. Everything works fine except that the icons and histograms are missing in the main page of awstats once loaded:

I am not an expert on CGI scripts and their aliases. All icons are located in /usr/share/awstats/icon/ phone book.

I don't know where my error is, if someone has a clue / lead / suggestion, it's welcome.

In my model, I saved several sidebars with function register_sidebar().

Now I'm looking for a way to get a list of all the sidebars registered in Gutenberg. I was looking in the documentation here: https://developer.wordpress.org/block-editor/data/ but I didn't find anything useful.

Is it even possible to get such data from Gutenberg?

Your primary (top) the search bar is already established to search for certain things.
These things may vary depending on the type of website you have created, but I'm sure your users are aware of the type of results they can expect when they write something there.

The introduction of a new search results dataset does not well results expected by users and likely to create confusion or decrease user retention.

Whatever you do I would not like tap the functionality of your main search bar.

Regarding the document search bar. Separation of concerns it is a good thing.

When the user sees a new search bar on your document search page, they will not need to think about the reason for using it, provided they meet the conditions below.

IU imported. The position and design of your search bars will affect the speed at which the user will adjust to the new search bar he has encountered.

To create a clean cut the distinction is important. Use color or spacing for example.

On the Amazon example, the FAQ search bar has a good clear label, giving the user immediate knowledge of its use. Good help text to show the user what types of expression they can enter. And is visually distinctive both with the design and the position of the main search bar, you can notice the content above the FAQ search bar which helps a lot.

After all these notes, I would not be afraid to create your own search bar, separate from the main one.

For example: from blue to black / from orange to gray / from green to red

If you can help me, I will be very grateful. att,

Some old Linux programs like xfig, xfontsel, xditview develop a menu bar only

Is there a technical term for this (horrible) user interface behavior?

PRODUCT HISTORY: Clean, clear, no privileges and non-criminal in origin. NOTE: we give you nothing less than
Gold bars of 22 carats and more PURITY: 99.98% ORIGIN: Tanzania, Cameroon, Kenya, FINITE: 22 carats and more

The removal of scroll bars in my opinion is another example of the silly and superficial ideology of putting style above functionality. This is back to the way it should be and is indicative of the downward spiral of society for me. The scroll bars have an important functional purpose that other alternative methods cannot always reproduce. I think the change is partly based on the idea that people are using touch screens, so it's not necessary, but a lot of people still don't. Many alternative methods require extra focus and finesse to manipulate what is an energy drain that I would rather spend on doing work, rather than fighting with a bad user interface. Traditional scrolling methods usually go hand in hand with scrolling the keyboard by pressing the down arrow key, which I find much easier than other methods that require more focus, but with the scroll bars deleted, the scrolling of the keyboard arrows also sometimes disappears, which should be a BIG no – no! An example is the large social network F has constantly caused irritation with its "dynamic" scrolling style while scrolling through msg history, and where you don't know where you are in the conversation all by scrolling up, but then you scroll up after a certain point and suddenly an extra charge of conversation history is loaded and you end up jumping far ahead of where you wanted to be.

I think it is also partly from ignorance and partly from the desire to save resources and bandwidth on servers to save companies money at the expense of user experience. It's also about simplifying things for idiots to make them "easier" to use for very basic commands, at the expense of making things more annoying for anyone who is not stupid and might want do something very slightly out of the ordinary. I hope the blockchain heralds the end of this era of sacrificing user experience to save money, and we can have systems that work quickly and are hassle-free for basic users and advances.

For example, wouldn't it be great if software like skype and F messenger let you instantly scroll to the very beginning of your msg history instead of waiting indefinitely for section after section to load? ! I have always suspected that it was to save resources to charge everything at the same time. However, if someone with a little intelligence and nuanced thinking could conceive of this (more common in blockchain circles than in business, I hope), we could all have our cake and eat it. We can save resources (which is not trivial, even in blockchain), and instantly get the information we want without having to endure this hideous page-by-page loading system.

Simply present the timeline history frame on a scroll bar as well as the dates that appear when you scroll. As soon as you release the mouse button or scroll the strop, this particular section can be loaded. If you want to go back to the start, scroll right and only the first page should be loaded. If you need everything to load immediately, to search for a keyword for example, then simply provide a simple button that can be pressed if necessary to get the full msg history or the history of everything you were browsing.

If someone specifically reports that all of this needs to load, the blockchain should host the resources. This is the difference between this one and the companies of the old model, which, I suspect, would hesitate to allow even those who specifically need to charge everything, to be able to do so in order to protect their resources. for their dirty profit and to fuck the user. This is why we need the blockchain, and preferably the open version.

Through word of mouth, I heard stories (perhaps apocryphal) of some bars in DC where people from ARPA-E sometimes met during the Obama administration. Does anyone know if there are such bars?

I have a 3D bar graph and I want to have lines connecting the bears, including the volume under the lines?