In general, spells only do what they say they do. In the introduction to the section “Casting a Spell”, the Player’s Handbook states:

Each spell description in Chapter 11 begins with a block of information, including the spell’s name, level, school of magic, casting time, range, components, and duration. The rest of a spell entry describes the spell’s effect.

The description of firebolt (which is its effect) mentions nothing about the mote itself being a reliable source of warmth, and the rules are pretty unclear about what exactly it means to “hold its energy“.

In the absence of clear guidance from the rules, this is a DM judgment call.

This Q&A has some helpful guidance for creative uses for spells: Is there a rule for how to handle creative use of spells?. NautArch writes:

Generally, The Rule of Cool* should encourage creative solutions, as long as they fall within agreement of the rules. Ultimately, there is no real guidance as to how to handle this as DM other than 5e giving the DM ability to adjudicate decisions. You’ve got the freedom, you’ve got the power, just come up with something reasonable that is fun for everyone.

Fire bolt may still be able to save you here.

There’s an important phrase in the description of fire bolt that may give you a strictly rules as written solution:

A flammable object hit by this spell ignites if it isn’t being worn or carried.

While holding the spell for warmth is up to the DM’s call, the rules are very explicit that a fire bolt can ignite objects, thus providing you with a fire for warmth.

The bolt in question:

You gain a ranged spell attack that you can use with
the Attack action.

Until the spell ends, you deal an extra 1d6 damage to the target whenever
you hit it with a weapon attack.

But Hex would work:

Until the spell ends. you deal an extra 1d6 necrotic damage to the target whenever you hit it with an attack.

Emphasis mine in all three quotes.

The bolt in question:

You gain a ranged spell attack that you can use with
the Attack action.

Until the spell ends, you deal an extra 1d6 damage to the target whenever
you hit it with a weapon attack.

But Hex would work:

Until the spell ends. you deal an extra 1d6 necrotic damage to the target whenever you hit it with an attack.

Emphasis mine in all three quotes. 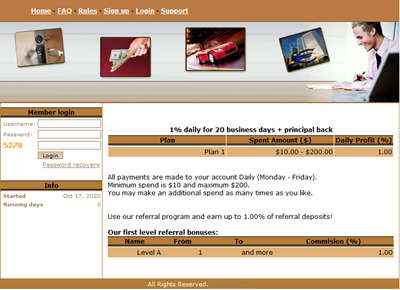 All payments are made to your account Daily (Monday – Friday). Minimum spend is $10 and maximum $200. You may make an additional spend as many times as you like.

All payments are made to your account Daily (Monday – Friday). Minimum spend is $10 and maximum $200. You may make an additional spend as many times as you like.

By RAW, Firebolt doesn’t produce light by which you could see something.
I DM’d for a group whose wizard had a sneaking suspicion (and he wasn’t wrong) that there was something lurking in the high up, dark ceiling of a big cave.
He didn’t really have anything to shed light on it, so his reasoning was “I shoot a firebolt up, and the trailing light will reveal what’s up there.” I told him it doesn’t work like that and that his firebolt flashed into the ceiling, harmlessly.
Then he said: “I can pretty much cast a cantrip at will. So I could just fire one after another indefinitely, surely all these “fires” will reveal some form huddled against the ceiling if there was one?”

I allowed him to do it, and made him roll perception (the chances of anyone in the party being able to see the creature was astronomically small). I told him he didn’t see anything, after which he entered and promptly got jumped by a giant spider (oh, he’s an arachnophobe).

After the session, he protested, saying that he should have seen it and that I was bending the game to force him to be jumped by a spider. I explained that, sure… fire may create some source of light. But it should be seen as the sparks when you try and fail to use a lighter, there was no way he was going to see 100+ feet up in the air in the darkness on a massive ceiling, with a few sparks as his help.

Sure, “flavour” it up with the idea that it creates some momentary source of light, but if you allow it to simply count as a torch or other type of light, you kind of negate “light” spells that are specifically tailored to it. It’s also a way for a wizard or sorcerer to simply gear up spells for elemental armageddon, and not having to worry about any utility spells… which is kind of a big deal in non-combat encounters. And the intermissions between combat and non-combat encounters are at the heart of D&D in my opinion.

So if it’s in a small dark room and the caster wants to create some sparks to reveal a silhouette, sure, allow it for atmospheric reasons, but don’t let it give him any leeway on the proceedings, because that’s what “light” spells are for.

When you roll damage for a spell, you can spend 1 sorcery point to reroll a number of the damage dice up to your Charisma modifier (minimum of one). You must use the new rolls.

While the spell chaos bolt reads:

If Sorcerer chooses to use Empowered Spell when they cast chaos bolt (and has a Charisma modifier of at least +2), do they need to re-roll all of the dice that they wish to re-roll at once? Or can they re-roll one d8, then, if it does not match, re-roll the other?

As an example:
The sorcerer casts chaos bolt and rolls a 7 and an 8. They use Empowered Spell, and re-roll the 7, getting a 3.

If Empowered Spell dice rolls are rolled together:
The sorcerer already chose to just re-roll the 7 and so cannot now choose to re-roll the 8. The spell does not target another creature.

A related unofficial tweet from December 2017 by Jeremy Crawford on the subject:

You can reroll as many dice as your Charisma modifier allows.

Imposing Vulnerabilities is not (strictly) in the DM’s discretion…

Vulnerability is a very strong mechanic, and I would be hesitant to impose vulnerability unless it’s written somewhere in the creature’s stat block. It doubles damage received, and from the scenario you describe, Lightning Bolt with Vulnerability looks to deal about 56 damage on average for a use of one 1st-level spell (Create water) and one 3rd-level spell, all in two Actions. That is just too strong, taking out a third of an average CR5 creature’s HP in one turn (not to mention you can do it again on the next turn, because the creature is still wet).

That mechanic is ripe for abuse (especially when you turn it around, and use it against the players) and I wouldn’t recommend it.

Instead of Vulnerability, give the creature Disadvantage on the Dexterity Saving Throw against Lightning Bolt. It is totally in the rules, and is balanced:

… Characters often gain advantage or disadvantage through the use of
special abilities, actions, spells, or other features of their classes
or background. In other cases, you decide whether a circumstance
influences a roll in one direction or another, and you grant advantage
or impose disadvantage as a result.

This way, the damage is still within sane levels, but the likelihood of the creature saving for half damage is reduced.

What happens if an ocean is zapped by the witch bolt spell?

The ocean is not a legitimate target. The target must be a creature, per the description of the witch bolt spell (PHB, p. 289; emphasis mine):

A beam of crackling, blue energy lances out toward a creature within range, forming a sustained arc of lightning between you and the target.

In the body of the question, you state:

No, it could also miss the target. You need to make an attack roll, per the next sentence in the spell description:

Make a ranged spell attack against that creature.

But you might mean that witch bolt “will hit only the target”. Yes, it either hits the target or it misses it. It cannot hit anything else in the area.

But, will it hit anything else, for example, a creature swimming within 10-15 feet of the strike location?

No. The “strike location” is a creature (see above). The spell will not hit another creature near the target creature.

You also mention the reason for your question:

The reason for this is an attempt to electrocute a chuul that is hiding somewhere underwater.

If the chuul was not seen by the caster, and then took the Hide action, and made a Stealth check that beat the caster’s passive Perception score (or active Perception check, if the caster spent an action to Search), then it is hidden from the caster. If the chuul is truly hidden (which means unperceived – not only unseen. but also not perceived by any senses), then it cannot be targeted – the caster simply does not know that it is there.

However, if the chuul is just relying on the water to disguise its location without taking the Hide action, or if it did take the Hide action but the caster still beat its Stealth with their Perception, then the caster is aware of the chuul and can target it, even if it is not seen (it might be perceived by a ripple on the surface, for example).

In the case that the chuul is not actually hidden, it falls to the Dungeon Master, as the describer of the environment, to tell the player whether or not the chuul is seen. The DM may be informed by the “Underwater Encounter Distance” Table (DMG, p. 117). The DM may also want to consider whether the water makes the chuul lightly obscured or heavily obscured.

If the DM rules that the chuul is not hidden but is unseen, then the witch bolt attack would fall under the “Unseen Target” rules; the caster would have to correctly guess the chuul’s location to be permitted an attack at disadvantage.

If the DM decides that the chuul is seen but is heavily obscured by the water, then its location would be known but the caster would still have disadvantage on the attack roll.

If the DM decides that the chuul is seen but is lightly obscured by the water, the caster could make the attack roll as normal.

Welcome to the site Random Wizard, and happy chuul-hunting!