The Minor Curse description for the Oracle’s Bones Mystery states:

(…) Non-magical effects that would restore your Hit Points only grant you half as many HP as normal.

I’m confused about whether resting counts as a non-magical effect, as the word effect usually refers to actions, items or spells. If it does count, then does this mean that every single day the Oracle uses a focus spell they get reduced healing from rest (since you only lose the effects of the curse after resting and making daily prep.)? Or am I missing something? This seems a pretty big deal in the long run.

Moreover, the entry on Resting states:

(…) The character regains Hit Points equal to their Constitution modifier (minimum 1) multiplied by their level. If they rest without any shelter or comfort, you might reduce this healing by half (to a minimum of 1 HP). (…)

The fact that other factors can already halve you HP regen makes this even more complicated. What if the two things are happening at the same time, do you only regain one quarter of the usual HP?

Paid for animations thinking they would be fine and they mostly are but… the hands are using these IK bones that I do not have. Is there a way I can add the bones to my meta skeleton within unreal? I tried creating virtual bones but they dont seem to come up in the retarget manager 🙁 Also, I can only seem to add one virtual bone to the root whereas both the foot and hand IK root bones are parented to the root bone here. 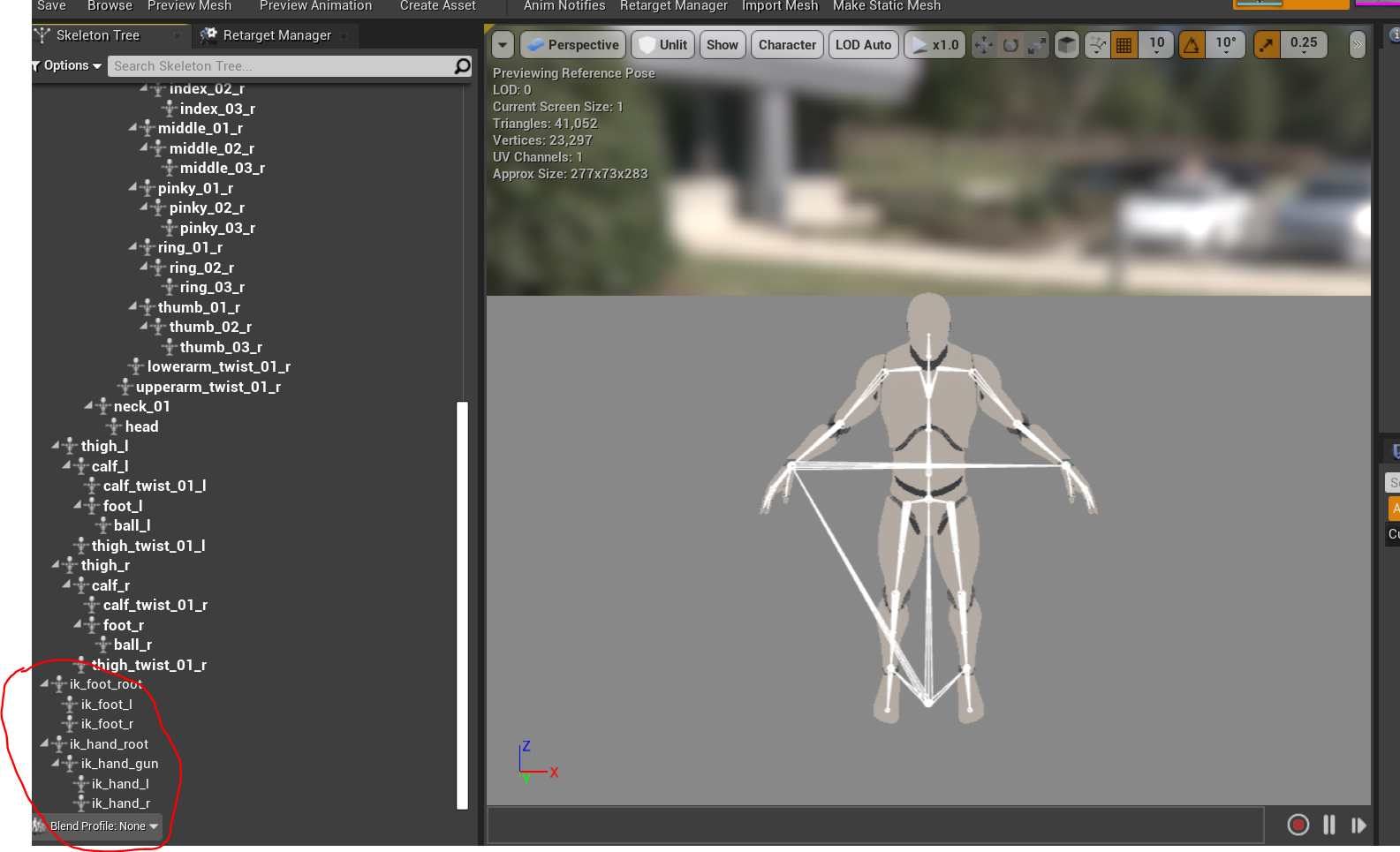 Any help would be massively appreciated!

I have an Image in PSB format imported using the PSD Imported and I have generated bones using the Sprite Editor > Skinning Editor, all good.

The problem is that when I try to add some organization to the object in my inspector I can not do it without breaking the Prefab. We can just Unpack the prefab but then I can not modify the bones anymore using the Skinning Editor. I am trap here.

How can I add some organization to the generated Prefab?

I am experimenting with pixel perfect camera and 2d animation. I noticed in the skinning editor that there is no option to edit bone coordinates. When I make an ik it extended the arm making it noticeable that the bones weren’t perfectly aligned. so im wondering if it is possible to make a bone perfectly vertical/horizontal within the skinning editor.

I have a rig in blender that I want to export into a different blender project. For some reason, when I do that, some of the bones get enlarged. All the scales are applied. Why might this be happening?

The life of a dungeoncrasher is hard, especially if your dm has ruled that you can’t (or you see as too easy to) crash against the floor. Sometimes, you find yourself in an endless plain and need walls on demand.

One of the lowest level solid wall spells, the tiny and melee Blockade notwithstanding, is Wall of Bones, which can be crossed with a full round action and possibly checks, but not without them.

The question is, does this make these walls solid enough for dungeoncrasher? Which is, I suppose, synonymous to, do they block forced movement?

The wall of stone spell, on the other hand, has an instantaneous duration: after the spell’s resolved, the magic ends, but the spell’s effect remain. And what remains is a totally normal nonmagical wall—a dispel magic spell can’t dispel it, and it’s unaffected by areas of antimagic.

Also, to be clear, the shatter spell typically can’t affect a stone wall: a wall is usually neither a group of brittle objects nor a lone object. However, a GM may allow a shatter spell to damage a wall section.

I created a model in blender but recently i stumbled upon a video that you can add in rigging to a model in Unity. So instead of using rigging in blender, i do it in unity. Is it possible?

I want to establish lists of simple meshes for my choir. What services are available, affordable or free that are not self-hosted?

My use case is:

All of the services I could find seem over the top for my use case.

Have any of you ever broken a bone? I just had my second break and spent an hour and a half in the emergency room this evening. I broke my left wrist in a place that was apparently a good place to break, as it did not affect the other bones in my hand.