I signed up to StackExchange just so I could thank the OP for having posted this, and add my workaround bc some of the commands here didn’t work for me. Sorry, I’m gonna talk about my process.

I’m in the midst of a “Let’s finally clean up my photo archives” effort as the struggle is real, especially since iCloud and Google Photos take them from your device and file management has little to do with it these days (and in earlier times, good services and products were a little wayward and enforced a weird randomness and duplication that required real effort to overcome.)

I’ve used Flickr to get photos off my machine when my drive was too small to hold them all. I’ve used Google Photos on one account since 2006 so I had a set of random duplicates and unique pics up there, through its different upload incarnations.

When iPhone photography really started going, I’d connect by USB, import them to my Dropbox which would rename them with a date-time stamp 🙌🏻, put them into a year/month folder with a bit of curation to sort out screenshots and shopping photos, and Google Photos watched that archive folder to upload them. This worked well until iCloud seized the photos from my iPhone and getting them proved to require its own workflow.

Because duplication has always been a BIG problem, a tool called Gemini II finally made this clean-up and archive project possible.

To consolidate my archive on an external drive, I decided to download all pics but the most recent off iCloud (using Image Capture and a USB to my phone: not 100% reliable), Flickr, and Google, and clean it all up.

That’s how I discovered Exif data: some photos (only some) weren’t flat files (see image below) and showed their metadata in the Finder. Most only have the Created-Modified date visible. What I downloaded from Flickr (and some from Google) saved as if they were created and modified on the day I downloaded them. Not good. Some had visible EXIF data, but many/most looked flat. I had been deleting duplicates bc they had the wrong timestamp (if they were same size or smaller, that is). Finding out about Exif data and time stamp led me here.

I figured out how to first install jhead and then run jhead through a directory recursively and more often than not, EXIF data was still in the photo files. Result: jhead changed the dates of the files to what was in the EXIF data. No disappointments.

First, for Mac users: follow the untar installation instructions from the command line (Terminal). If you don’t find them for jhead, find general untar instructions and sub in the location of the jhead tarball. This worked, because downloading and trying to install from the command line certainly didn’t. Next: make sure you install Xcode off the App Store. All Apple developers need this program and it makes commands work that otherwise won’t. It’s needed for ‘make’ and ‘install make’.

Using the jhead tool: I’m not familiar with reading Unix instructions and manuals (man jhead) but familiar enough with CLI that if someone has documented something somewhere, I try their options until something works.

This didn’t work for me:

Elsewhere on StackExchange I found a different recursive-search string that I got to work for find (it had a -print option that didn’t seem necessary):

but if I added the jhead command, I’d get an error saying it didn’t understand ‘grep’

Deconstructing search terms by adding and taking away search options/variables and trying to get jhead to be a part of that command didn’t work until I tried an old convention:

When I looked, only a minority of downloaded-yesterday timestamps remained. So I tested this on the other 10 folders of files I had in my “duplicates” folder. Things dated 2020 reverted to 2004, 2013, 2012. I learned that if you run through the same directory twice, you don’t get output a second time.

Then I used jhead to rename my files according to the timestamp convention. It worked like a charm; if the original file name contained meaning to you and you want to retain it, make sure to include this in your chosen date-stamp string:

I now find it frustrating that Finder is inconsistent at displaying this info when it could. Below is an example of a file that Finder is showing complete information for (uncommon). 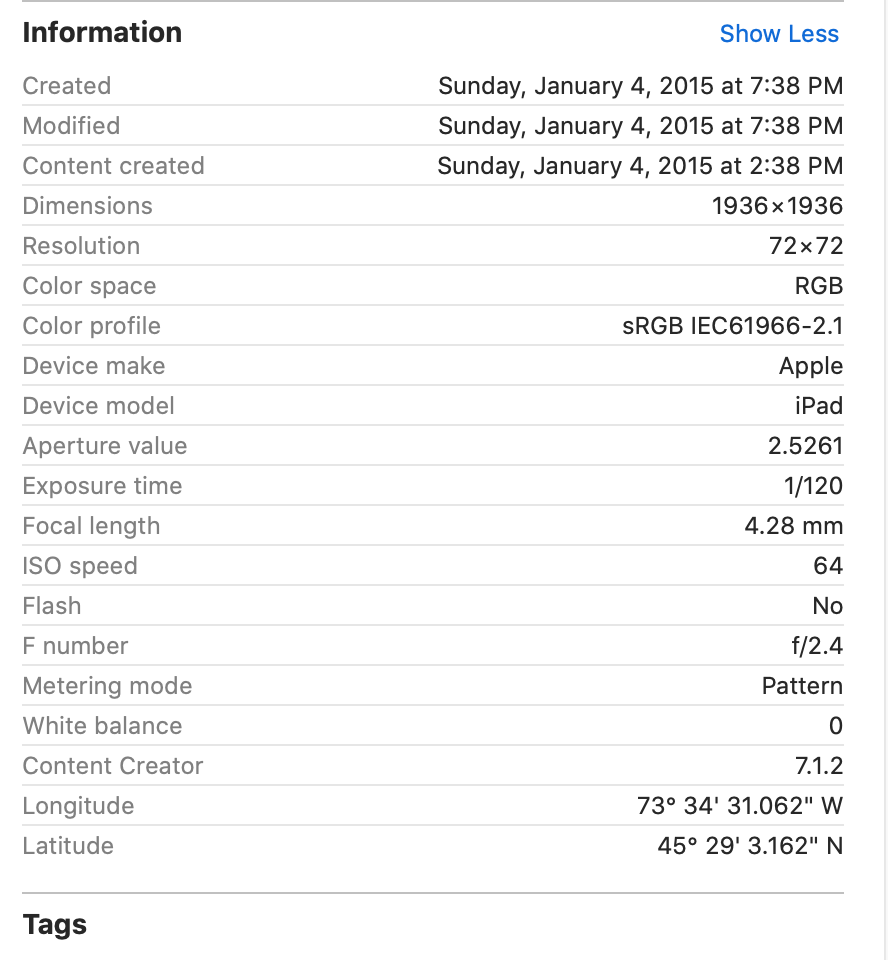 How do I change the coupon code message?

No, you’d still need to take the incoming hit from the specified damage types.

As the spell says you can temporarily replace the damage type with another, thereby altering the type of damage you can deal out while the spell is in effect.

But you can’t change the trigger to the spell. You’d still need to get targeted by acid, cold, fire, lightning, or thunder damage because if you weren’t you couldn’t cast the spell in the first place.

So, a wizard hits you with Fire Bolt, you can cast Absorb Elements in reaction to that, change the damage type to poison, gaining resistance to poison and do an extra 1d6 of poison damage on your next turn. You lose the resistance to the incoming attack though as it is still fire.

Objection raised: The wording says “you have resistance to the triggering damage type”.

Good point, but then you have to say the extra damage is of the triggering type too as that is what the wording says and therefore there is nothing to be gained at all. But as the ability in question lets you change the damage type I think changing the resistance and outgoing damage is allowed by the ability. The trigger itself has to stay the same as it was prior to the spell being cast.

Have a few thousand tiff photos I’ve scanned in over the past few years into Lightroom Classic. For reasons I won’t go into here since not relevant to the question, I’d like to change the year for all photos to be 45 years earlier than what they currently are but want the month day hour and seconds to all stay as they are.

Lightroom has an ExifTool plugin but the docs don’t have an example for just shifting only the year back by a certain number.

This produces an input cell that can be evaluated:

[It basically constructs input equivalent to selecting each k in the sum and using the menu Format > TextColor > Red to change the color, which is what I did in the comment I left under the question.]

I’m trying to change the functionality of Ship button when you choose an order.

The only thing that I have found so far is this file under /vendor/magento/module-sales/Block/Adminhtml/Order/View.php:

I see this part where the button has an onclick method:

and then this is the URL

I don’t know if that url is a controller, I have not found a route with that id nor that exactly path. Or maybe it’s an api? This is the url that is shown on backend when I inspect

Hope someone can give me a hint!

A SharePoint solution is installed on our dev server. We are working on the new changes and unfortunately we cannot deploy and test our changes on the provided dev server. I am trying to debug manually and understand the existing application execution by attaching it to w3wp process. So I made some changes in my solution and tried debugging manually. Unfortunately the point does not break on my new code changes, it just breaks on the lines that are part of the deployed solution. Will I not be able to test my changes while debugging manually, unless the changes are deployed ?

The script is working fine as it is and I don’t fell any performance problems and yet I wonder if it’s a good idea to run a while loop inside the Update function ?

The idea is to be able to move an object over a curved lines with a lot of positions in any speed.
So I’m calculating how much positions there is next each time and it’s working fine I just wonder about the while in the update.

I have a Bitcoin Core wallet which has a utxo which I spent from, in a transaction where around 1% was sent to an external wallet address, with the ~99% change output remaining in the wallet, sent to a new internal change address selected by core.

The fee used turned out to be too low and I am still waiting for the transaction to be confirmed, and now when I attempt to spend using the balance that is displayed in the wallet (with getbalance endpoint), I am told there is “Insufficient funds.”.

But when I list the wallet utxos with listunspent, “spendable” has value true for the change output mentioned above – this is what I expected since my understanding is the core wallet by default will use CFPF to still spend an unconfirmed change output (please correct me if this is wrong).

My question is:
Why does the output listed by listunspent indicate that the output is ‘spendable’, when if I try to spend the output, it fails with an ‘Insufficient funds’ error?

Is there another reason for the wallet complaining that there is insufficient funds? Probably relevant is that it was an opt-in RBF tx, and I have already tried bumping the fee (still too low and not confirmed) but now would prefer to use CPFP as I have another transaction that I would like to make from the same unconfirmed change output.

I’ve got this piece of code that lets you choose from some options in a checkbox. When those results are sent, the valueTransformer should modify those results by changing val.

Problem: when I send the info and then read _fbKey.currentState.value, it appears to be null.