In Elemental Battlegrounds, punches stun the character, nicely and smoothly. My best way to stun players is this trash:

Is there any better way? I want it to look natural, and not look like teleporting to a sideways position.

Page 199 of the DMG explains how new characters can start with magic items, even those they choose to make themselves (with the assumption these items were created some time before the character became a PC)

But let’s say a non-spellcaster wants to give themselves an extra point to an ability score. If they have 27,500 gp, they could start with a Manual of Quickness of Action and either use it immediately or possibly say they’ve used it already and begin with an inherent +1 bonus to Dexterity.

That book costs 27,500 gp. Using the formula on page 129 of the PHB, however, it would only cost 26,530 gp to have a 17th-level wizard cast wish on them as a service. For an 8th-level character (or a higher-level character with lots of other gear), that’s the difference between getting the bonus, and not.

Can the character simply decide to begin with this effect present (or a different spell with a permanent duration, like enlarge person+permanency, since 9th-level wizards are easy to find in large cities) and 26,530 gp less, or since the DMG only describes starting with magic items, must they spend 27,500 gp for the magic item?

I have read Syntax for Unicode characters in regexes in Google Sheets? to no avail.

The Echo Knight fighter’s Manifest Echo feature (Explorer’s Guide to Wildemount, p. 183) lets you “manifest an echo of yourself”.

Does Manifest Echo create a snapshot of the character when creating it? Or does the echo change as the Echo Knight does?

Basically: Is the echo always a reflection of your current body? Or can it be different from your current self?

I’m interested in both the visual and mechanical implications (if any) of this.

Why does the underscore character affect the result of a Dataset query? Is there a workaround to this problem?

Here is a Dataset dsTable:

Now, when I query for “SETUP”…

However, when I query for something with an UNDERSCORE in it..

I get no matches.

I am trying to rotate a model using the character tool in Cryengine 5.6.2. I tried to post this question in the cryengine forums but community are dead and there is no help to understand how thys engime work and this is giving me hundreds of headaches. I used a third person character template as default and imported a model in it but I noticed that in the above section appears three icons that moves, rotates and transforms the model but when clicking on them nothing happens and model is not able to modify: 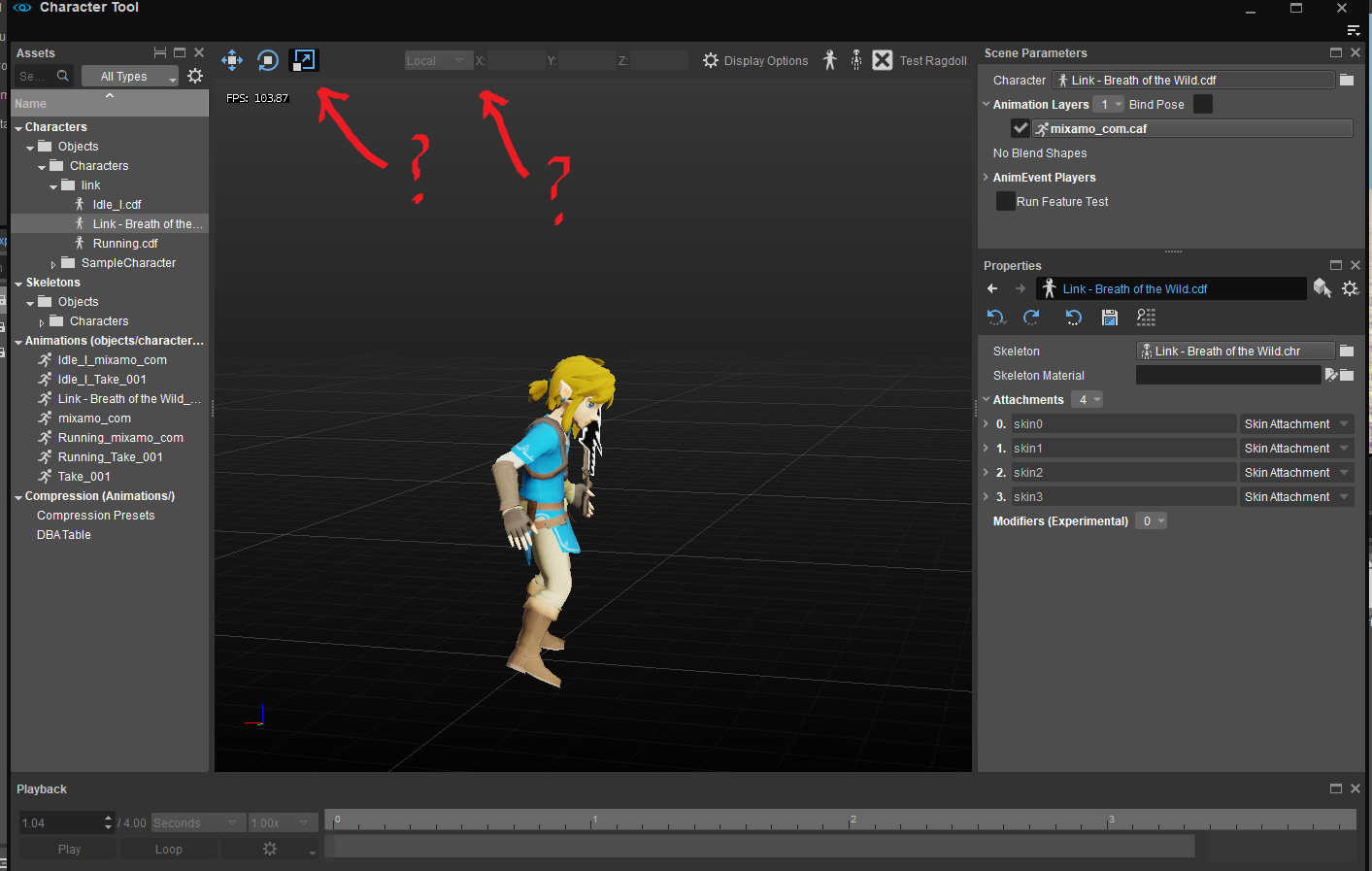 My main problem is that the character is imported using third person shooter template is backwards:

I am trying to find a way to rotate it, in the editor or in the C# code but I am still stuck. The main solution is to rotate it using blender but I am too lazy and this engime should strongly have a option to rotate this easily. How can I rotate it?

Reading Condensed, I’m unsure of what scope of Aspects is supposed to be covered by the term ‘Character Aspect’ (officially described on page 23, but not without ambiguity; see below), and consequently, what is the scope of applicability of the Hostile Invocations rule (page 24).

Things that I assume would also be helpful for clearing the confusion: Did the scope of either or both change between editions, or am I just perhaps misreading the Condensed edition, or did I perhaps even misread the Core edition in the first place? Or is perhaps Core considered an extension of Condensed for the purposes of establishing what is RAW in the ‘baseline’ ruleset?

In Core, the Hostile Invocations did not have a label, but their behaviour was described rather precisely in multiple places:

Have Your Aspects Invoked Against You: If someone pays a fate point to invoke an aspect attached to your character, you gain their fate point at the end of the scene. This includes advantages created on your character, as well as consequences.

Invoking an aspect attached to another character gives them a fate point at the
end of the scene.

If the aspect you invoke is on someone else’s character sheet, including
situation aspects attached to them, you give them the fate point you spent.

These aspects are on your character sheet, such as your high concept and
trouble. (…)

So in one place Condensed states that Character Aspects are the ‘permanent’ ones, but in another it confirms that one of the fleeting ‘attachable’ types of Aspects is a subset of Character Aspect too.

I have trouble finding an explicit confirmation one way or another about whether there is supposed to be an overlap between Situational (such as Grappled or On Fire) Aspects and Character Aspects in Condensed. The text seems to imply that overlaps are possible, since Character and Consequences have their own entries in the same listing (page 23) despite having an overlap. But then the listing also includes Boosts under Aspect Types, despite the SRD telling us those are not Aspects, so I’m not sure how much I should rely on it for such analysis at all.

These may at first seem like negligible minor differences, but they cascade into a significant differences in the way the FP Economy works in those cases. I understand that some tables may make changes of their own based on personal preferences, but for now I’m hoping to figure out what is RAW, and am not looking for houserules or personal experiences of rulings.

I am brand new to D&D (5e), and am starting to build my character.

Is there a way to be a sprite-genie hybrid PC? If so, how would that work, and could I grant wishes?

This is not unique to Base58 encoding (nor to the Check part). This is the basic conversion:

What is common is the most important factor that decides that significant figures are significant figures. This is why if you want to calculate a few first characters of Base58check instead of adding a 4 byte checksum at the end, you can add 4 empty bytes and the first characters of the result will be the same. Most of the time, (unless one base is a power of another, such as base-2 and base-16. Also note that the 1s in front of Bitcoin addresses are specially treated), the length of the & Entry must be the same to calculate the same first characters.

So how are the expected prefix characters from Base58Check derived from the prefix?

Then we open the Bae58 alphabet:

Suppose we calculated 1FGMQ … as the lower range and 1FJwz … as the upper range. As long as the entry is the same length, no matter what you fill in for the rest of the bytes, the coded address will be in between.