I’ve got an android timer running through the base clock in android 11 (oneplus 7t).

EDIT: It appears I’m wrong. This is the oneplus clock, not the base android clock. Why they would bother replacing that is an entirely different question of stupidity.

Every few minutes it lights up the screen to let me know the progress of the timer. This is the most useless and dumb features I’ve seen in a long time. I cannot find any way to turn it off.

To reproduce, go into clock > timer > set one for say thirty minutes. Lock screen. Watch screen illuminate and wake in a process of infinite stupid.

Please help, this is annoying as all hell. I need to have my screen visible in case I receive an important message etc, but I don’t want this thing stealing my attention every few minutes.

i have a pretty basic question, but for example a cpu clock at 3ghz, does that mean it can do 3 billion cycles per second, or does it every second always will make since 3 billion cycles?

I’m attempting to add hours to each person by having them submit a google form, which will display their ID and time logged into a linked sheet(This is done). I then need the hours to be filtered by ID and then transferred over to the master sheet, so that their hours will come up next to their name/ID, but I have no idea how to do this. Any help would be greatly appreciated, thanks. 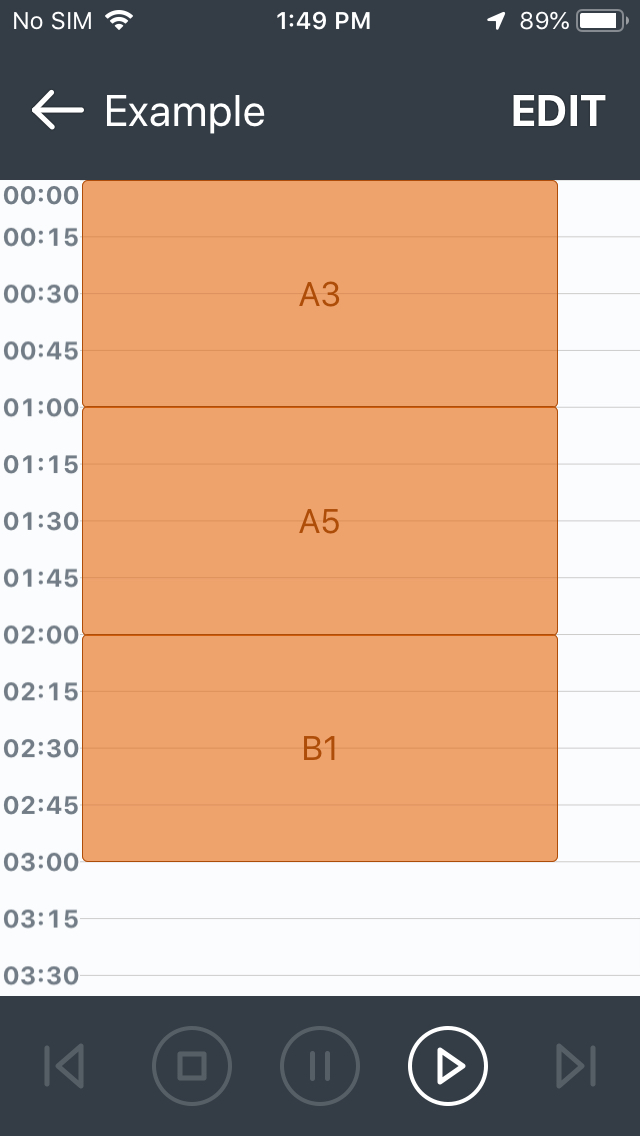 I’m working on an app that allows users to construct timelines (kind of like events in calendars). But the timeline/sequence is independent of any specific datetime to execute, so all of the times in it are durations/offsets.

However, some users come with predisposed ideas that they’ll be building these timelines in “real clock time”. I’ve struggled with a mechanism to steer them clear of that model. Like the times printed down the left side here, part of the problem that allows them to confirm their incorrect conclusion, is that we tend to print/show clock times (e.g. 8:30) the same way that we do as an 8 hour 30 minute offset/delay (i.e. 8.30).

Is there a design language I’ve missed over that better differentiates printed durations vs printed wall clock times?

There’s several ways to generate an event in app once per second. Various Timer class or loop with await Task.Delay(1000) can be used. But all the solutions make a visible lag when displaying seconds.

That’s because the intervals which was set to delay interval doesn’t include the delegate execution time. The interval is time between end of executing previous delecate and start of the next one.

The workaround if call display refresh more often e.g. each 200ms, then the lag between change seconds on display would be betweeen 0.8s and 1.2s. Probably it solves the issue because is missing no seconds but displaying interval is still not linear. Other side effect is too often display refresh (can be prevented with comparing previously displayed time with current which adds more complexity in the code).

I created an easy solution without polling and workarounds. Just call the delegate exactly once per second.

Looks like it works. The precision here only depends on async overhead of Task.Delay. In comparison to polling looks like 0.02s accuracy is better than 0.4s.

Does the solution looks fine? Can I improve something?

I see the possible bug in thread-safety: if I call Start() concurrently multiple times at the same moment, it can lead to unpredictable behavior like unstoppable event firing caused by _cts overwrite. But I have no idea how to deal with it, and thread-safety is not a goal of this solution.

Recently, I asked this question requesting recommendations for an Android alarm clock that does not turn on the screen when it rings on Software Recommendations StackExchange.

I have yet to receive any responses, and I’m still searching for such an app. That got me wondering: Is it even possible for an Android alarm clock app to not turn on the screen when it rings?

Why do processors need a clock?

What unit is the clock speed of a processor measured in?

This is a question regarding functionality of existing Google Chrome extension that basically display time. All such extensions that I have searched for display the time as per the system clock. For example, this one displays time next to the address bar; screenshot shared below:

Would you know of any that checks time online (whether in a particular time zone or in a user-specified time-zone) from a server and displays it? So this would be an extension that only runs when online.

So I have a problem, when, if I am in a messenger group call, my alarm clock does not have any sound. The situation is like me and a group of friend got used to sleep while being in a messenger call. If I need to get up early in the morning, the alarm clock does not have any sound, so it does not wake me up. Is there any setting, or any app that works? Im having a Samsung Galaxy S20+, if that matters.

I have searched everywhere and it all points to coil whine, but I’m not quite sure yet.

The beeping noise happens when I move my cursor around in desktop, but not if I move it on any other windows/programs. Same with clock frequency, it increases to 1900+MHz when I move the cursor in my desktop background, but not when I’m moving it inside a window (like a browser, notepad etc)

What could the problem be? And how do I solve it?
The GPU is still under warranty, however due to GPU stock shortages, I want to avoid RMAing it without necessity.
The GPU in question is an MSI RTX 3090 Gaming Trio

Here is the video (headphones recommended so you can hear the beeping sound):
https://streamable.com/ewm8fz