It is also allowed to be proven with Ogden’s Lemma

I’d like to handle left- and right recursion properly, so they would each yield the “left-recursive” and “right-recursive” tree respectively (I’m not sure if left- and rightmost derivative would be a correct term here, that would mean the whole tree). This is very important for PEG, where the associativity and order of operations is encoded in the tree. The problem is that top-down parsers can’t deal with left-recursion directly.

I know the elimination rule for left-recursion, which is given a rule in the form

We can rewrite it into right-recursion using the following 2 rules:

This is fine for the “formal” part, but the grammar became right-recursive. To me this rule seems like it’s just using right-recursion to essentially loop parts of the grammar.

So my idea was to introduce a looping construct that would account for folding the tree left. If I introduce a new postfix operator * that would mean repeating the construct 0 or more times, would the following also be a valid equivalent left-recursion elimination for A?

Note that since the repetition can occur 0 times, this should account for the “epsilon-case” too.

I have a strong suspicion that this is equivalent, as I did something very similar when manually parsing left-associative operators in math expressions. I’d like confirmation before introducing it in a general tool.

When right clicking on documents in SharePoint Online to reveal the context menu, the menu jumps for some reason which results in clicking on the wrong options. For example, if you want to click Download, the jump causes you to accidently click on Delete as shown in the video in the link below:

Is it possible to stop this from happening?

I’m struggling to add a Google style Search input box over my full page Views Leaflet Map having added Leaflet-Custom-searchbox Any direction/advice would be very much welcome.
Thanks.

I have a site built with Drupal 8. I created a view with 2 relationships for 2 different entities. I added to this view 2 context filter (store ID) for the 2 relations.

My problem is that View doesn’t offer “OR” for context filters. I tested the following module but it does not work :

How can I use “OR” in the context filters of the view?

Can we rewrite the contextual filters or there are other solutions.

I have a view with 2 relations with the store for 2 different entities.

I want to filter the view with the store id for the 2 relationships.

How to do this ? If 2 filters are added, there are no results 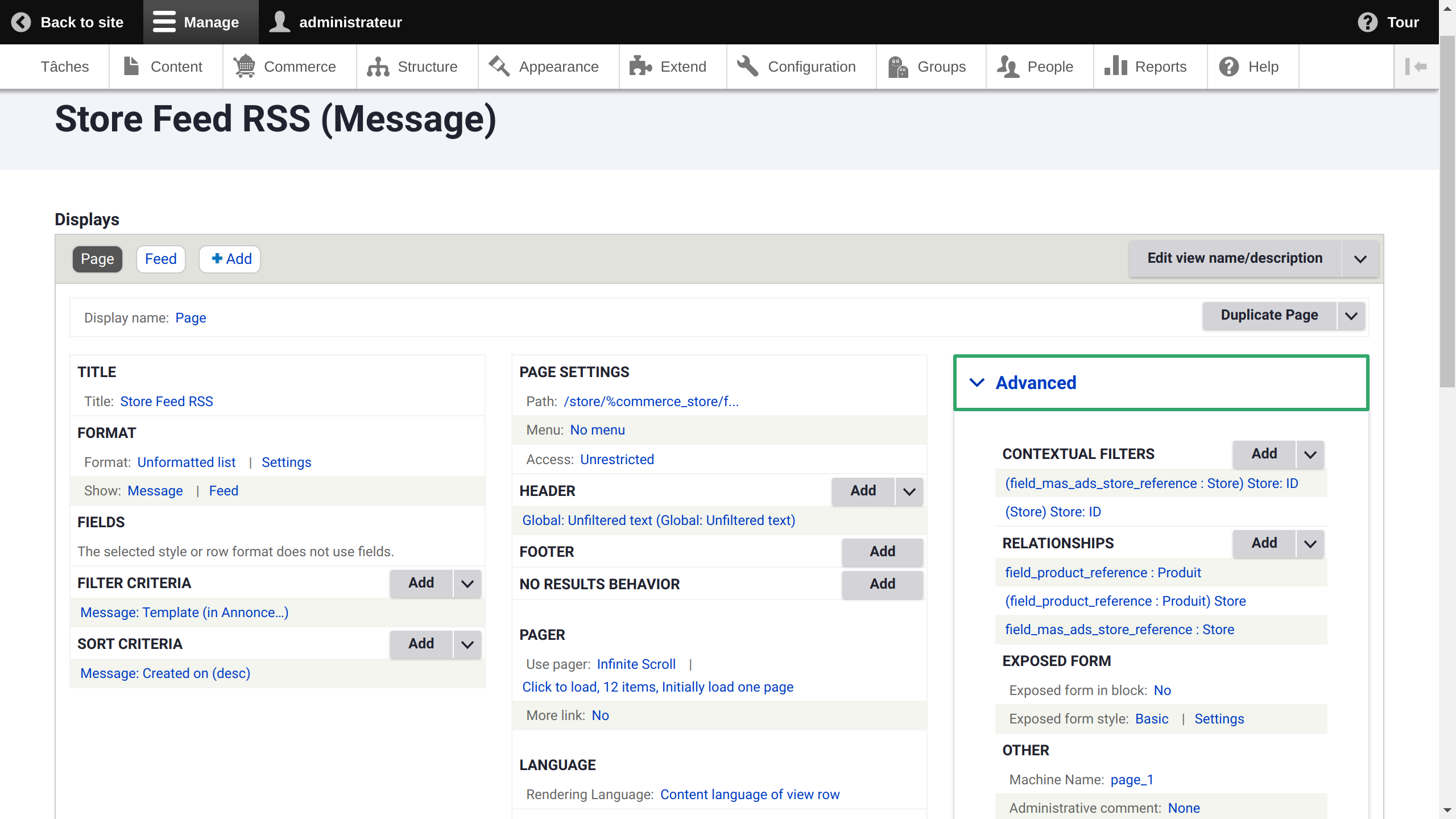 If there any way to get this information through SPFx?

Or does at least one of them have to be context free?

According to https://en.wikipedia.org/wiki/Efficiency_(statistics), an estimator with statistical efficiency is one that “… needs fewer observations than a less efficient one to achieve a given performance.”

But I am reading Deep Learning by Aaron C. Courville, Ian J. Goodfellow, and Yoshua Bengio, in which they also use statistical efficiency. However, I do not see if they intend to mean the same thing with the use statistical efficiency. The example that I would like for you to look at is the following(it appears in the context of explaining the potential advantages of using convolutions in neural networks. $m$ is input size, $n$ is number of outputs, and $k$ is the kernel size):

In a convolutional neural net, each member of the kernel is used at
every position of the input (except perhaps some of the boundary
pixels, depending on the design decisions regarding the boundary). The
parameter sharing used by the convolution operation means that rather
than learning a separate set of parameters for every location, we
learn only one set. This does not affect the runtime of forward
propagation—it is still O(k × n)—but it does further reduce the
storage requirements of the model to k parameters. Recall that k is
usually several orders of magnitude less than m. Since m and n are
usually roughly the same size, k is practically insignificant compared
to m ×n. Convolution is thus dramatically more efficient than dense
matrix multiplication in terms of the memory requirements and
statistical efficiency.

Can you share your thoughts on this topic, please?

When I sign-in to page. prompt error message "Cannot create a dB Set for ‘Application Role’ because this type is not included in the model for the context.". What is the problems, please helps.