A long time ago I used to map using GtkRadiant and then UDK. Both of these editors had both 2D and 3D viewports at the same time, so you could do your floor plans in 2D and easily do alignment and such, and use the 3D view to get a feel for how the resulting scene looks: 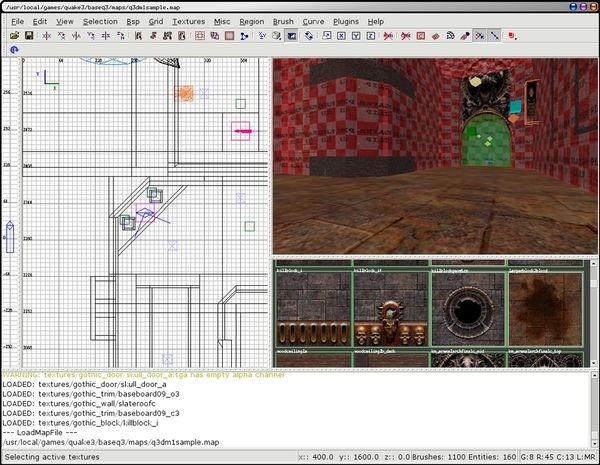 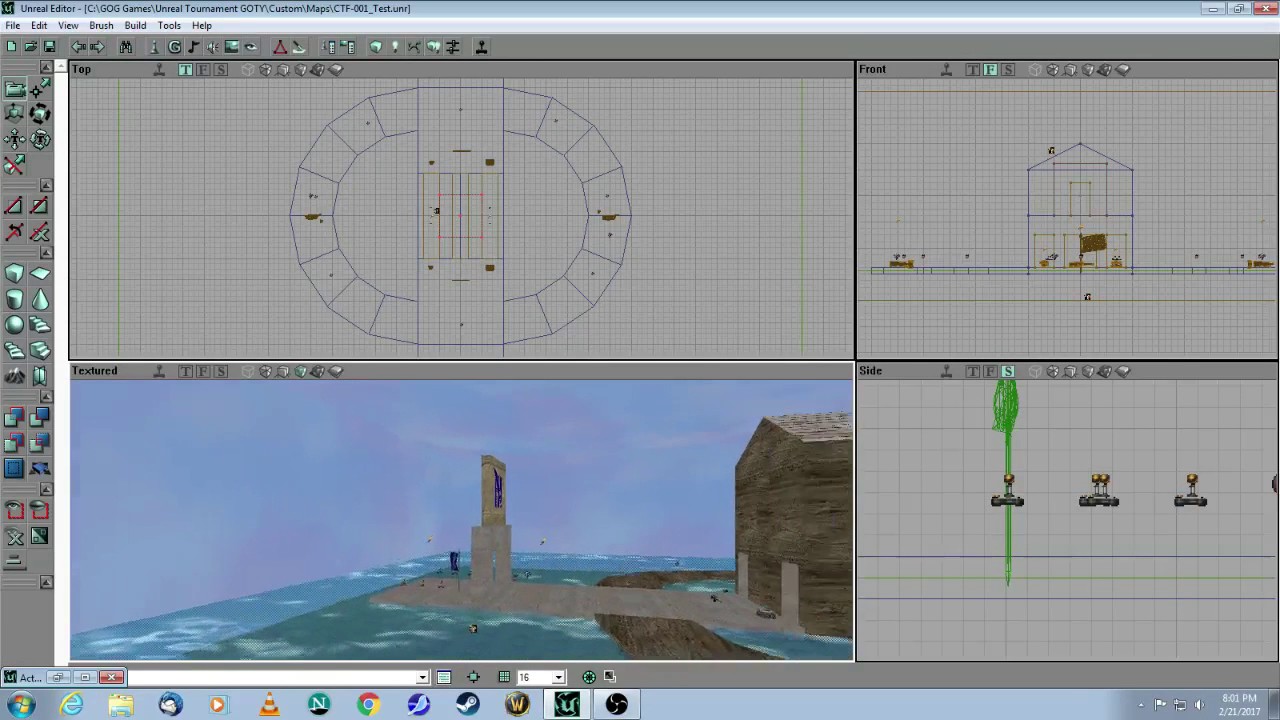 Unity’s editor defaults to a single 3D viewport, which works, but is quite fiddly and frustrating to build complex environments with. I’ve found that Window > Layouts > 4 Split gives me 3 orthographic views and a perspective view, but meshes aren’t visible in those orthographic views, only gizmos, so they cannot be used to map out floor plans and the like. 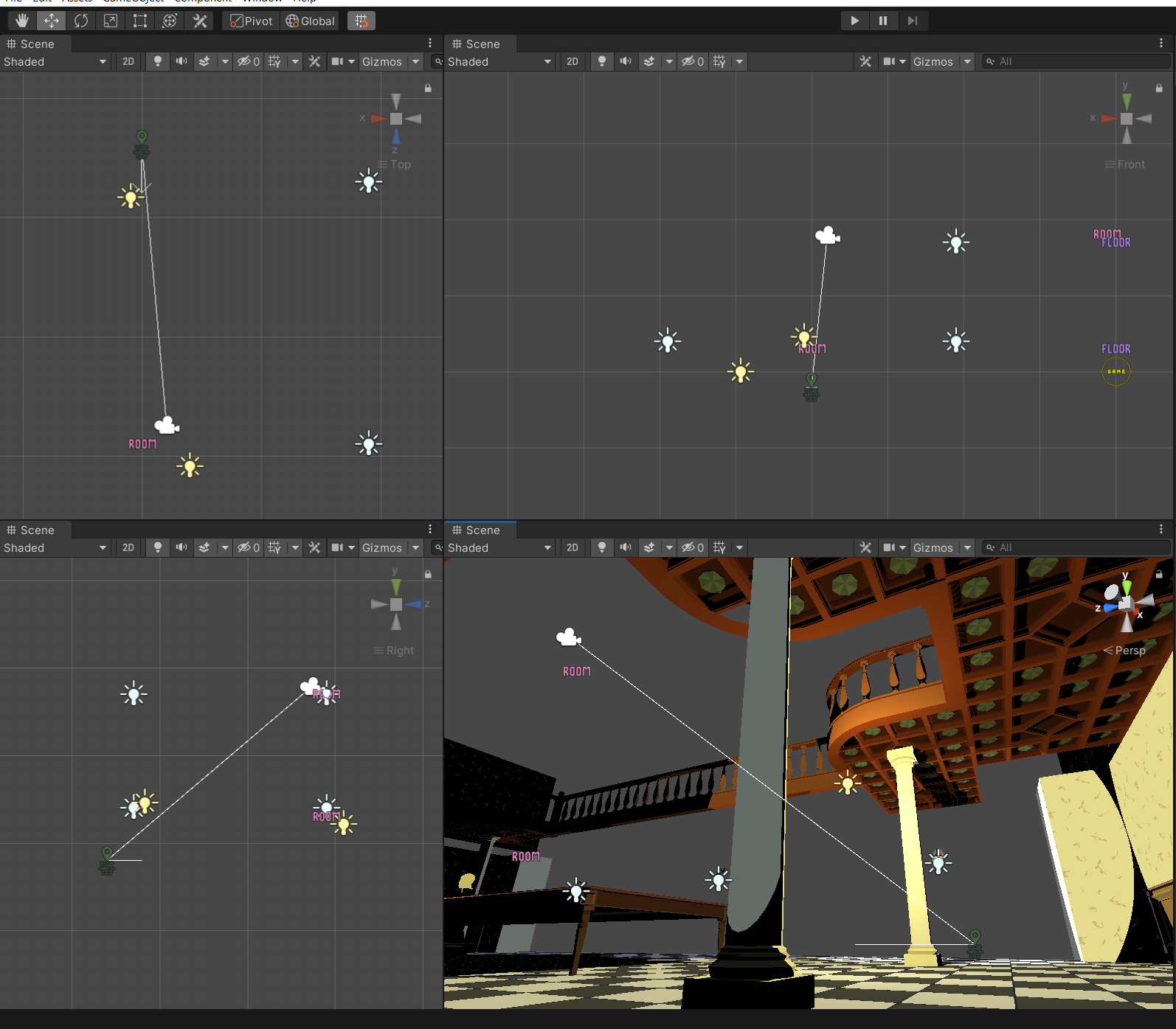 I’ve poked around in the menus along the top of each viewport and can’t find anything to show meshes. If I switch any of them to perspective, meshes immediately appear, but disappear again on switching them back to orthographic. This suggests to me that Unity has some kind of internal filter on meshes when looking through an orthographic camera, and that it isn’t any other setting hiding them.

Is there a way I can make Unity show wireframes of meshes in these viewports without making them perspective viewports?


Android Enthusiasts Stack Exchange is a question and answer site for enthusiasts and power users of the Android operating system. It only takes a minute to sign up.

Hello how to make template editor app in android studio like festival photo editor app like show image in different layer wise then if you want to edit any layer then you want to do.

user353176 is a new contributor to this site. Take care in asking for clarification, commenting, and answering.
Check out our Code of Conduct.

l’m a photo editor based in Srilanka, and sometimes I do photography I enjoy editing photo especia

Hi l’m a photo editor based in Srilanka, and sometimes I do photography

I will edit your photo with my lightroom preset, and photoshop for object

before you placed an order, will give you a free trial for 1-2 photos!

I can “fix” the problem by using the Inspector to disable and re-enable the front model.

Here’s the problem and the “fix” in action:

EventSystem.current.RaycastAll is used to power the tooltips, and IPointerClickHandler is (unsurprisingly) used to get the cube model to react to clicks.

I can “fix” the problem by using the Inspector to disable and re-enable the front model.

You can find a video of the problem and “fix” in action here: https://imgur.com/a/Oku79iB

EventSystem.current.RaycastAll is used to power the tooltips, and IPointerClickHandler is (unsurprisingly) used to get the cube model to react to clicks.

In Capture One 20, if I want to add a title and/or caption to a photo, where should I write them? I can’t seem to find a user interface element in C1 where I can write titles and captions more directly than the ITPC field metadata panel. Editing the IPTC fields is kind of awkward; the list of IPTC fields is long, the input elements are only 1 line high (making it hard to write multiline text), and the most relevant fields are also spread out (“Description” is under IPTC – Content while the title is under IPTC Status). This seems strange when compared to many other photo applications that support editing title & caption more directly and elegantly. 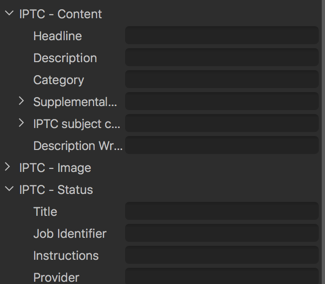 I feel like I’m missing something obvious, and that there’s another place to write them, and I hope someone here will know a better way.

With “Default editor state” set to Enabled, and “Show the disable/enable rich text editor toggle” set to Show, my system is still loading the plain text window. I can then manually toggle to the rich text editor. I see this when creating new nodes or blocks, and also editing existing nodes and blocks – I think anywhere I’d expect the editor to load.

I’ve tried comparing this system to another where I don’t see the same behavior, but I’ve not been able to determine a difference.

Thank you in advance for any suggestions.

I am using a sync fusion rich text editor and in the model I am using string property to bind the value, the problem which I am facing is, it’s taking 8-10 seconds to load even after the entire form loads I have to wait till the rich text editor loads completely.

I need to find whether any element of the so many Gutenberg- or Elementor-elements have been used in posts or pages.

Example:
I want to deactivate an Elementor Addon Plugin, which creates accordeons
I need to know where this Addon Plugin was used in posts or pages, if not I can deactivate / delete it, if yes I have to replace the output by other elements

Unfortunately I never saw something like a “used in”-list

Any ideas please? I would be happy!

I found here an interesting example of Apple script commands such, for instance,

and I would like to understand, where these commands are documented. I found the explanation for the tell command, and I understand that we have to use the “Systems Events” app for this task. I even discovered the “Script Editor” app and inside it, I opened the Dictionary for “System Events”, and find plenty of definitions, which are likely methods we can invoke on the “System Events” object.

However, I did not find any explanation of the keywords get or every in the above command. Using the Search field and entering “get” and “every” did not bring up anything useful. Perhaps they are some keywords with a predefined meaning.

I could type “desktop” in the search field, and find as explanation something like this (abbreviated):

My guess is that ‘desktop’ is the instance of some object, which in turn is contained inside another object of class application, and that we can send it methods such as name or id. However, I don’t see any relationship to the tell application command above, and how we could logically conclude from this Dictionary explanation that this command would magically show us information about the desktops.

My programming background is Ruby/Python/Perl/C++/zsh and a bit of Haskell and Java, and I thought I would be able to understand library references of other languages somehow, but this one is too much for me…