Would it be possible for me as a consumer of such as service, to verify the integrity of returned data from such queries, without myself running a full node? (If not there wouldn’t be much point using such a service!)

Would it be possible for me as a provider of such a service, to provide enough data for a consumer to verify the validity of the data I send them, when the consumer is not running a full node? (If not there wouldn’t be much point providing such a service!)

My end goal is to run something like a blockchain explorer website on the cloud, but the cost of running a full node (particularly storage) on the cloud is more than I can afford. Obviously I have some feature ideas I’ve not yet seen on other explorers

My /system partition is messed up, I accidently deleted some system apps, and also some bin files. Although it’s functioning properly, I pretty much want it to get back to it’s original state. Hence I downloaded the stock firmware. The stock firmware came in a .zip extension. I also have twrp recovery on my phone. Is it possible to flash the entire thing using twrp? I unzipped the firmware.zip to see what’s in there(I attached a screenshot of the file contents).

To view the contents of system.img, I did

Now, I could see all the contents of what’s in there in the system.img, like app, bin, data, init.rc and such. I copied a few app to my desktop, and tried copying them back to my phone and it said, symlink could not be established. I can copy regular files to my phone. But only from system.img from pc to phone, it says symlink to found.

I was surfing the web, and came across a post where it said that the whole /system partition can be replaced with the original stock one if I had stock system.img using a dd command. In order to do that I got the block of my system partition using cat /proc/mounts which lead me to discover that the system partition is called from /dev/block/platform/mtk-msdc.0/by-name/system. This file is a symbolic link to /dev/block/mmcblk0p20 Hence, if I had to perform a dd command from the twrp terminal menu, I would have to do
dd if=/storage/sdcard0/system.img of=/dev/block/platform/mtk-msdc.0/by-name/system bs=512k

If all goes well I should have a stock /system partition. Now, I’m trying to be careful since there are some nasty stuffs I read online that could go wrong while doing this. What are your experience with it? Have you tried doing it before? What suggestions would you like to give me to be successful while doing this? Will doing this with twrp command line be a safe way to do that? What are the possibilities that the whole thing could go wrong?

P.S. I am for the moment am not intending to use spflashtool since I am in no position to do so(I don’t have the proper resources to run the program on my pc atm).

Screenshot of the file contents:

I’ve pretty much copied this question from another user because it’s the same problem I’m having. I don’t have the Moom App which was causing the other user to have difficulty seeing the entire panel because it was heading off the screen and there is no way to adjust the size. Because I have so many .signature ‘quotes’ attached to Mail.app, when I switch to that tab in the Mail.app preferences, the window is too large for my screen.

I have made a small plugin which grabs the post from another blog of mine, and I render it using a shortcode:

Now when I try to add more content to the page which uses this shortcode, everything I write is encapsulated inside the blog__grid tag, here is a screenshot from the inspector, the highlighted elements should not be inside this div, and I don’t know why they are, can someone please help me with that? 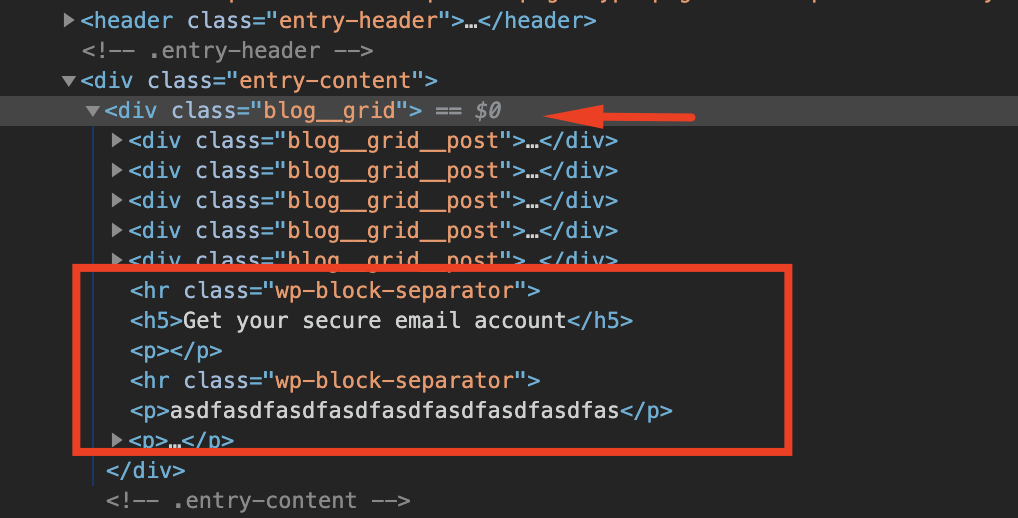 Okay, I ignorantly stumbled into creating a flow that updates a the Date column for a specific User every 10 min.

The above works. My assumption is if I change the Recurrence to 24 hrs. this action will take place every 24 hrs, yes?

Also, how to I edit the above to my it impact every record on the list, rather than just only mine?

Having an invisible Imp floating through a dungeon is quite an investment for a Warlock character, and have the obvious effect of allowing what you describe. There are other “overpowered”, scenario-breaking usages, like following a NPC all day long to track the rogue network he’s part of, for example.

However, those abilities are well defined in the rules, and in no way the Warlock PC is abusing them while sending his Imp to scout before the party enters.

Another, perhaps better outcome would be to have your playstyle adapt to the situation raised by the invisible-imp Warlock. Like Zeiss Ikon suggests, plenty of things can happen while a Warlock is senselessly waiting for his familiar to map a dungeon. And like Dale M writes, you can probably save time for the whole party while handing a special map to the player, created beforehand because you know he will use this trick.

Now, there are plenty of other things that may happen, or limit the ability to map the dungeon.

Finally, if anything goes wrong, better than killing off the familiar, it might be captured, which is a whole different business for the Warlock to recover it.

I might be doing something stupid, but I cannot for the life of me figure out how to run a file search inside my entire system. I already posted this question on stack exchange, only to be pointed out this is the right place for it 😛 #st00pid

If I open a File Explorer window, then go to This PC and enter a search term inside the Search this PC field, the search does not appear to run.

The search should run inside all the drives in the system (exceptions excluded).

Am I doing something wrong? Some weird setting I don’t know about maybe?

I bought an SD card to store some pngs and move some very large game files. I have a Samsung Galaxy A20 (Android 10) by the way. Anyway, moving the pngs worked but the game files didn’t, the game just crashed. So I gave up trying to move games onto an SD card unless it was an apk. I need to free up space and I have 12GB of regular apps, but I can’t seem to move the app and it’s files into the sd card, I can put in the data files for the app, but not the actual app itself.

How can I iterate thru my entire Dictionary and set all the game objects to setActive(false)?

My confusion comes from the somewhat ambiguous wording of the Disarm action as described in the Dungeon Master’s Guide (p. 271):

A creature can use a weapon attack to knock a weapon or another item from a target’s grasp. The attacker makes an attack roll contested by the target’s Strength (Athletics) check or Dexterity (Acrobatics) check. If the attacker wins the contest, the attack causes no damage or other ill effect, but the defender drops the item.

Two things stand out to me:

A creature can use a weapon attack

If the attacker wins the contest, the attack causes no damage or other ill effect

This also stands out to me. If this were its own action, and not a replacement for a regular attack, then it wouldn’t be necessary to specify that damage is negated; it would simply be presumed to deal no damage.

What is the correct way to interpret this action? Is it its own action, or a replacement for a single attack as part of the Attack action? If a character gets the Extra Attack feature, can Disarm replace every attack they’re otherwise allowed to make?