My name is Nirjal Katuwal. I have some experience in the data entry and data entry work while I was working on C.A. Office.

I'm trying to run a BufferOverFlow with gdb / gdb-peda on an old ELF CTF x64.
My payload is created with pyth0n as below

I want to remove the borders because I want to leave only the bottom. And the others help me change the color of the placeholder.

With the CSS that I applied, the edge of the entry looks strange.

I am learning a unit course and when we started to learn to grab the mouse, the following code is used.

My problem is in the second line. Shouldn't our Z be 0 instead of minus where our camera is? Because the plane where we design our game is at z = 0, right?

Please go slowly on me, I'm still new to the unit. Thank you!

So my question is this: is the credit card considered a "long-term resident"?

A person holding a credit card is not a "long-term resident [] under the Long-term Residence Directive". However, such a person East a "person [] who has [a] the right to reside in … national law". Therefore, the holder of a valid German blue card should be allowed to return to a domicile in Germany.

The expression "long-term resident" designates a beneficiary of Directive 2003/109 / EC of 25 November 2003 concerning the status of third-country nationals who are long-term residents, referred to in the cited text as "long-term residence ". Directive. "To benefit from this directive, you must have resided in Germany for at least five years.

Coronavirus and entry restrictions: 4 things travelers to Germany should know, who has five days at the time of this writing, the German Foreign Ministry said it would allow foreigners holding all residence permit for another EU country to transit through Germany in order to return to the country of residence, but they do not explicitly cover non-Germans residing in Germany:

EU citizens and citizens of Great Britain, Iceland, Liechtenstein, Norway and Switzerland and their family members will be allowed to transit through Germany to reach their country original. It will be the same for foreigners holding a residence permit in one of these countries.

However, any residence permit is probably included in a "national long-term visa", even if it is not strictly speaking a visa. Your credit card is a residence permit, so you can probably go home.

I don't know bitcoinj very well, and currently there is very little technical advice related to segwit, I hope someone can help me！

I will do accurate and timely data entry for you

I am an experienced professional who provides services in accordance with expectations within specified deadlines. Will enter data that will immediately support your business. I am convinced that you will come back to me for your future missions. It goes without saying, my work will be according to the quality standard required by you.

To serve you better, help me understand your business and your needs. How my contributions will improve your vision and your goals. This will give me directions to provide data that exceeds your expectations.

If you have any questions, I invite you to contact me before placing an order.

Looking forward to closing this very fast for us … just a click of order!

For security reasons, I have 2 servers. In one, the website with all the user interface and the MySQL database is hosted, and in another, the application that will execute the script from the request of the application ; user is hosted. I need that, when the user makes a request via the website, this request is sent to the database on server 1 and sends the information to server 2 which will execute a script to the user inside the application with the information sent by the server 1. Here, I designed the structure to improve understanding: 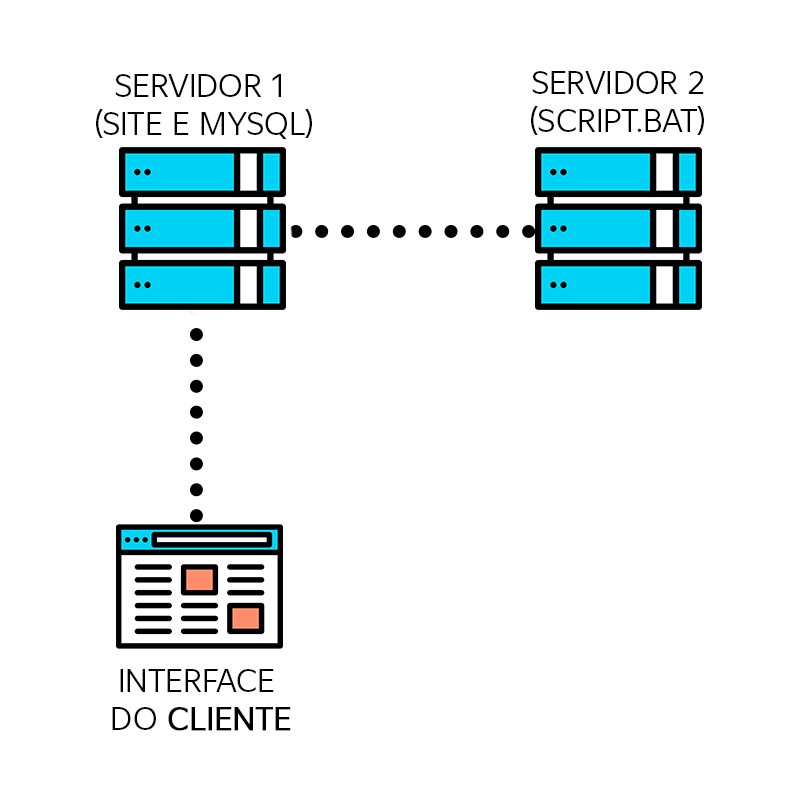 Is there a way to do it? Each new MySQL entry on server 1, server 2 runs a script?

In this case, you could do

Or you can also do

But I'm sure you knew Solve order and was trying to do it in another way.

Due to the epidemic of nCoV-19 (new coronavirus), many countries have imposed several entry restrictions. But this is quite confusing for many people. Some countries allow transit through certain parts of China (like Shanghai) but some restrict transit even through Hong Kong / Macao. The Philippines has also limited passengers from Taiwan, but I think that was changed later.

Where can you find a list of these restrictions for all countries, ideally a source that is updated frequently