I'm a video editor. I have found that it is often useful to keep a smart folder at the root level of external drives which searches the drive for media added in the last day. It's a handy way to quickly locate something I probably just downloaded; font, video, photo, vector graphic, or whatever.

Today, inspired by this blog post, I decided to update the template folder structure that I use to organize video productions, and I thought the same type of intelligent folder search would be useful not only at the player level but also by project. based.

My current workflow looks like this: I have a template folder "YYYYMMDD_ProjectName", which contains a bunch of empty (but organized) subfolders for different stages of development, different applications, etc. Each time I start a new project, I duplicate and name the entire hierarchy on a portable player. Portable players already have a _Recently_Added.savedsearch in the root.

This saved search at the root level is useful if I pass the reader to another editor, and I only need to create a new one when I get a new reader.

But since I work with different publishers on different projects, and we all work remotely now (more dropbox, less UPS), it occurred to me that saved research should live at the root of the project model and become instantiated every time i start a new project.

I tried to take a look in the .savedsearch plist and edit the file path with vscode, but if I try to save the paths ; relative accesses in the plist, it seems that they develop before executing, so that the query points again to the model folder, not to the content of the instantiated project (I & # 39 ; hope that makes sense).

I am not very familiar with the syntax of Spotlight raw queries, but I have already used it to perform complex searches. TLDR: Is there a way to save a search that looks recursively in the sister directories? I would prefer to stick with .savedSearhes because I would like to be able to share with other video editors who use MacOS, without forcing them to use Terminal.

// I have a form to download files, in this case I want to download an image, I understand that when configuring the destination path end, if there is not a such folder it is created automatically, in my case i want to create a folder for each user i plan to add your username as name

This is my middleware

// I don't think of any idea to do it and it is the first time I use this module, if you can help me, I would appreciate it

These tools await their .foorc file where to reside ~ so there is no easy way to "better" organize this (besides not using the -a of ls so you don't always see them :-)) unless you want to compile everything from a modified source (appropriately).

Some tools use an environment variable to read their configuration from a custom location. This is tool specific however, you should check the man page to see if this is an option.

Some people use git or similar tools for easily sharing configurations between systems (and also as a way to access older versions), see (among a ton of other sources) these links.

PS: This is a fairly broad answer to a broad question. If you want specific advice for a specific tool, please ask a new question with the relevant details

Is there a difference in performance if I organize them into sub-folders?

So instead of a folder /images I will have 1,000 files /images/topic with 10 images in each folder.

For a project that has multiple php files, I would like to know if it is a good practice to divide them according to their function.

Is it a good practice to divide the php code into folders?

I was trying to test the creation of a folder under the root folder in online sharepoint using an access token and a REST API using HTTPWebRequest classes from console application. I don't want to use sharepoint assemblies because I can't use this in my final code. But still get a prohibited exception 403 when getting the answer …

Can anyone kindly suggest if a useful reference documentation for this problem .. code i am using ..

I have encountered a problem that in some of my site collections (team site (no Office 365 group)), the folders / files in my created library / document list are mixed like: 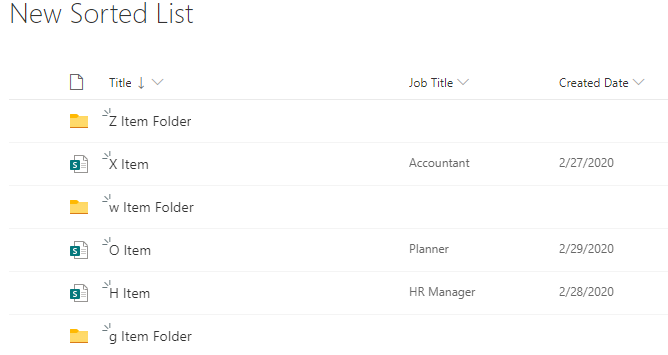 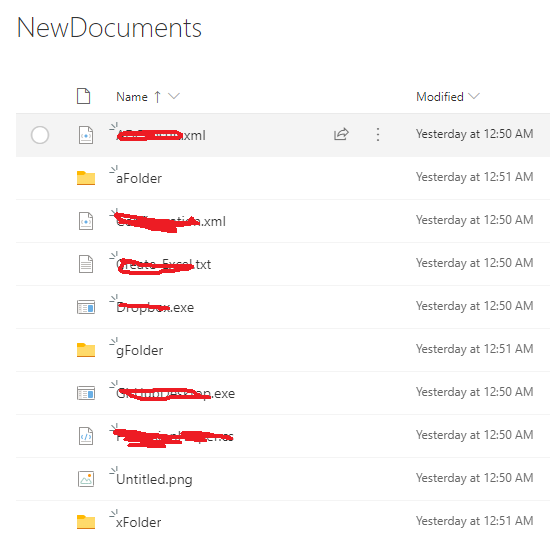 I tried to search and found the similar problem, but I can make sure that the "New Folder" command is available for my library / document list.
I tried to modify the view to define the first sort with the type of column (icon link to the document) but still helpless.

The system document library (Documents) does not have this problem, but the manually created library / list has this problem.

Any ideas will be helpful. Thank you so much. Are there parameters for the site collection / list / library that can have an impact on the sorting result?

Based on what I read about Liskov's substitution principle, I understand that a square and rectangle class cannot be part of the same inheritance tree.

I would like to apply these ideas to a folder and a file, as they usually exist on the disk. Is there any property of one or the other or both that would force one to conclude that they too should not be part of the same inheritance tree according to Liskov?

What properties could we consider?

I guess the property where the inheritance breaks down would be a property regarding containment. A folder contains files. A file does not work.

My goal is to prevent users from accidentally moving or deleting folders at a specific hierarchy level of a Windows Server 2019 share.

I have found several solutions online for this problem, for example:

So I tried all of them, obviously without success.

Most solutions rely on creating an acl for ProjectFolderX who refuse the delete action at User.

Unfortunately, I can only get two different results:

Can anyone give me a hint, how to fix this?
Thank you

Hidden files are usually hidden for a reason. Use the script below only if you are reasonably sure you know what you are doing. In other words: if you break your system by randomly deleting hidden files, it is your fault.

Here is the script I use to toggle show / not show hidden files inside Searcher.

The difference between my script and others that I've seen so far:

Most scripts do nothing else after killing Finder. Usually this means that you have to go back to the folder where you were originally located, since the automatic relaunch of the Finder does not reliably open your last active folder.

Instead, the script below reopens and focuses on your last active folder, i.e. the folder you were in while using the toggle, but now showing (or not) hidden files.

I assigned it a shortcut (cmd + shift +.) And I find that working with hidden files in the Finder is much more convenient now.

We thank Tetsujin who posted a script on this site some time ago that I adapted to add the functionality "reopen the last file".

To use the script: Open a new workflow in Automator, drag into "Run AppleScript", copy and paste the code above and save to your services folder (usually, ~ / Library / Services /, afaik).

Attaching a shortcut to run a script should be covered elsewhere on this site. I limited the scope of my shortcut to the Finder only.

I have to resort to a little ugly hack, using & # 39; sleep & # 39; after killing Finder, before manually opening the original folder.

If I don't force this delay, there is a chance that OSX has already relaunched the Finder and opened a folder (not necessarily the last active, in my experience). With my own "open" command, this can lead to the unpleasant effect of two Finder processes (even kills), and the Finder no longer works at all. If this happens, logging out and logging back in solves it, but it is obviously a waste of time, so I am using & # 39; sleep & # 39 ;.

A sleep value of 0.5s works for me, but to be sure, you can increase it slightly (which adds more visible delay to the process).

If someone knows of a way to suppress relaunch of Finder and unreliable opening of a window after sending the killall signal – or some other way to get rid of the “ sleep '' hack 39; & # 39; – I would be happy to hear it!