I am creating a leaderboard of player and his friend. So far I am downloading the pictures each time the user goes to the leaderboard scene.

How to check how much mobile data is being consumed each time the I download 50 something profile pictures? the profile pictures are of 225×225 width and height. If anyone knows this kindly tell me. Is that alot of data being downloaded each time?

Do you know if my wallet.dat which has become wallet.axx due to incorrect handling of an external program
(I do not know the name of the program, but it is used to encrypt Windows files)
has the possibility of reverting to initial format “.dat”
by myself ?
And above all without damaging the backup “Core” that it is ?
Thank you in advance !!

I am new to wordpress, I am trying to implement to include /base/parentslug/childslug/. in URL. (Example: domain/parent/child)

Can u please help me on this.

I’m John. I make money on an affiliate program. I will be glad to find new ways to increase income =]
Stay safe!

Can someone explain why I cannot scroll forever on Facebook on the HOME page? It does not matter what browser I use, Chrome or the new Microsoft. At first, I thought it was my computer and cleared some things. Don’t ask me what because I do not remember but a techo friend suggested I clear a few things, so I did. That did not solve the problem. I am using her computer now while she works on mine for other reasons. I can scroll forever on my Android phone. I can even swipe to the left and see more things. I can click on the GROUPS button and see things that have not appeared on my HOME page. What gives?

Also, why does Facebook greet me with a Welcome to Facebook blue box and everything is blank below it when I have been on FB since 2008. I don’t want to add anymore friends either and it tries to do that and restricts what I can see. So I delete all their recommended friend choices and still nothing. It is very frustrating when I just want to poke around and see what friends have been doing. Thank you!

I want to know how do you gain followers/subscribers/friends on the following social media sites:

I find Facebook easier than expected in the sense that when you add someone, they will most likely accept your friend request. But what about the social media sites I’ve mentioned above, how does one gain followers on those sites? 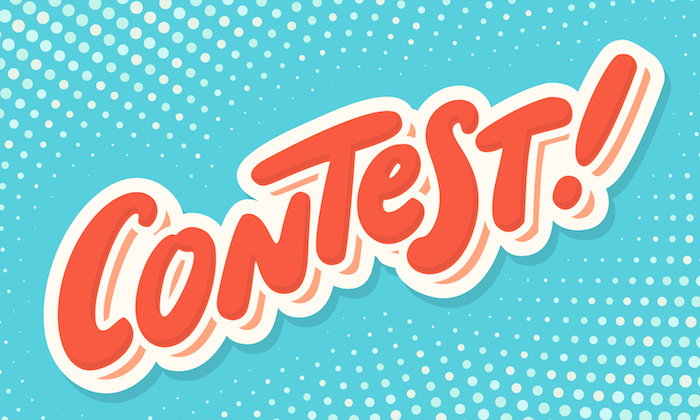 Thank you so much for all the support on the previous contest, thank you for joining the Livestream yesterday and thank you, top 25 winners, who video call via skype for full transparency.

The member with the most referrals wins the biggest prize worth $600 USD = 600.000 BMF Points.
Prizes will be awarded automatically on 02.08.2020 to the first 20 positions.
Check “Tools” and start promoting your referral link to win at least one of the prizes!

Rules:
– you can promote on Youtube, Facebook, Twitter, forums, ptc, gpt, paid to sign up, and any type of real traffic is accepted
– do not use VPN/PROXY to create fake inactive accounts, don’t waste your time, people will have full control over search over anyone referrals list, and if found cheating you get banned before the contest ends.
– we started a login bonus and count only those accounts who log in the forum a certain number of days out of 60 days of course and obviously a regular user will do such task
– rules on how referrals are counted as subject to change during the contest to ensure only legit referrals are counted and their referrers enjoy the top prize

Just as the title says, me and my friends wanted to play some D&D and they picked a module that would be easy to us some of us in since they were new to D&D. Apparently through parts of the module, my character and by extension myself since I never played that particular module, was doing actions and guessing the motives and actions of the npcs and the enemy we were dealing with. As a result this is pissing off the DM and one of the other players because they hate metagaming.

But is it really metagaming when I am just getting lucky with what happens next cause I am playing my character smart and clever? Should I tone it down with the lucky guesses or is this a sign that I should probably stop playing with them cause it might lead to blows or a fight with the group?

At my table we are 3 players and one GM. All are close friends of mine. We are currently playing a game of pathfinder 1e with the Path of war supplement and are lvl 8 and all play path of war initiators or T1.

Max is well known for being a power gamer and it’s known yo have caused troubles before. I define his way of power gaming in this way, typically in every game I have played with him, as a player or as a GM his PC had achieved to get all of the following against monster of CR=Lvl:

And that’s the least.

Now, at the table we all enjoy optimizing and playing with capable characters. That’s true for me, Max, Fred and even the GM. We all have powerful characters in some ways. But I’ve got the feeling that Max’s character is too much.

Strong feeling of being useless : Recently we’ve been trough a dungeon and it was a disaster in my opinion. In all of the combat encounters, Fred’s character and mine where struggling to stay alive, while waiting for Max to do all the job. After that, I retired my Arcanist not adapted to the way-higher-lvl-monsters-multiple-encounter-per-day-things the GM was throwing at us to challenge Max.I decided to build an initiator from Path of War to fit better. Fred decided to do the same after his character (a Path of war initiator) died in a solo quest.

Strong feeling of favoritism (in some way) : Max’s character now alone, he decided to do solo-side quest. Not little solo side quest, in fact, he was so well built to be a solo-PC that he took an whole Lvl (81000xp) doing so. And manage to gain an incredible amount of money. While I do understand that doing things must be rewarded, this add to the, now obvious, difference of power between PCs.

Strong feeling of being cheated : On top of that, I discovered that 80% of what makes Max’s character OP was homebrewed to the point of being basically “I pick that feature from this class, this one from that one archetype and that other from that incompatible archetype””… and so on.

After that discovery I bring it up to the group and I take the opportunity to explicitly state that, this level of disparity in our group is not something I like, and Fred agreed with me. The fact that it was caused by homebrew only encouraged me to bring it on with Max, Fred and the GM. This caused Max to correct all of the homebrew. But as I expected, his character is now even more powerful and is letting event less space for Fred’s character’s or mine to be remarquable at something, this lead me to a strong feeling of being ignored.

I feel that the only way we can actually matter/not-instantly-die in combat encounter is by having the same build as Max and that is not my cup of tea.

I also helped Fred build his new character and we’ve made a quite good duo. Tank-controller-dps for him and Healer/buffer/debuffer for me, we’re both sharing the spotlight and enjoying this little breath of fresh air.

And now is the time to regroup with Max’s character… and i dont want to feel useless, cheated or ignored anymore. I think I tried the out of character way to deal with it by telling it out loud with no/worst effects. Now I think I might as well leave the table or take the problems in character ( why would his character be with our’s ? he’s so powerful and his quest/interest are so dangerous to ours.).

So I’m here to ask if this is a good/terrible idea or if there are better things than just leave. Thank you for your time reading me.

Facebook says my friends are 693 in number but when I count,its only 423. I have sent a complaint to them yet nothing has been done. Does anyone know why this is so?