I’m trying to build a small website that takes payments using a lightning invoice. I want to do this without running a full node (or ideally a pruned node) on my server to keep costs down. I’d be happy with any of three types of solutions:

I’m open to suggestions, I’m very new to the space and learning lots all the time.

We have great colocation offers that I would like to share with you. We consider all of our customers as a part of our team and we would love to work with you. You will find the lowest priced colocation in Seattle with us with plenty of options that come standard, don’t settle for less! We own and manage all of our equipment. If you have any questions, please contact sales@hyperexpert.com and we will be more than happy to create a custom quote for you.

View all our services and pricing at https://www.hyperexpert.com

Looking for something custom? Reach out to us at sales@hyperexpert.com

If the columns are important to the business and provide useful information, one option to free up some room is to simplify the way you’re presenting the date range.

This can make it more readable, and you now have some extra space.

Another option is to have the big View button appear on hover, and save another column.

a lot of these messages on Centos 8 virtual machine on ProxmoxVE 6.4

At the moment we have prototype of table which show list of car rental,

However the clients want add more column like add car register number and another 2 columns more but I felt it could be squash it on the table, is there way to all in one table without look squash or overcrowd. need to something easy to read and less complex for them.

I am trying to make a webpart full width but there is no option for it.
All the options that I can see are as below: 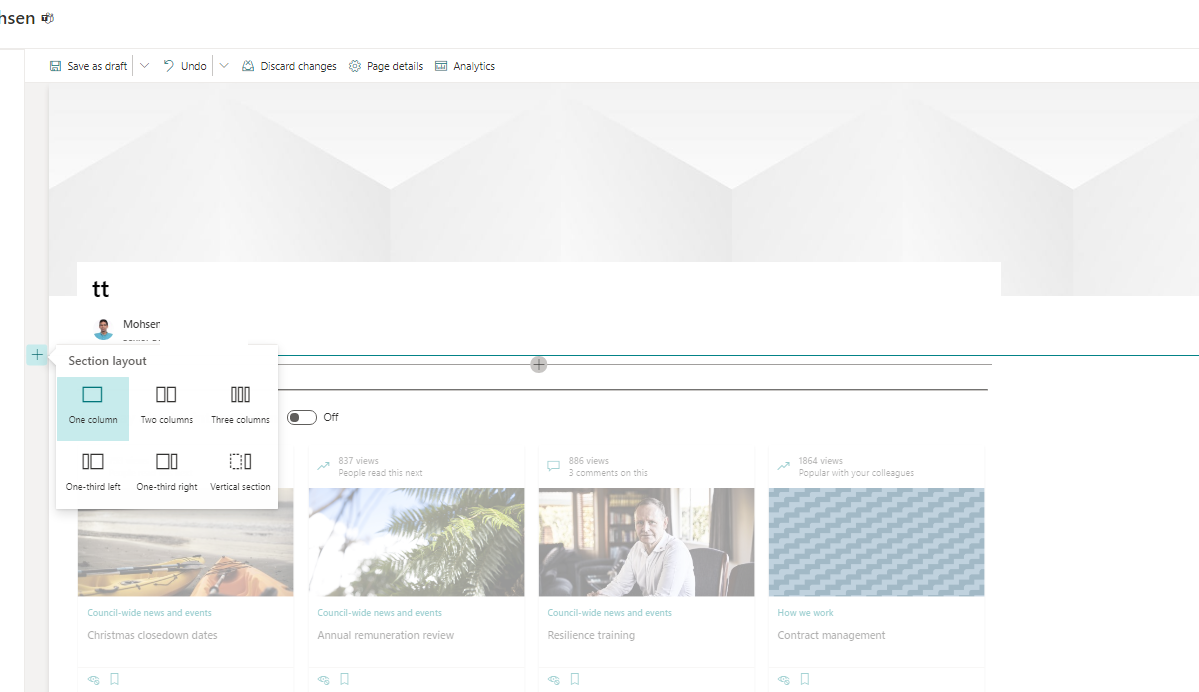 1-I have found this old question, is there any update here”

but is there any better solution without modifying the code nor developing an SPFx?

How To: Create a Full Width Hero Web Part in a SharePoint Online Communication Site

but my site does not have Full size as shown in the above screenshot?

object-oriented programming (OOP) is a programming paradigm based on the concept of “objects”, which can contain data and code: data in the form of fields (often known as attributes or properties), and code, in the form of procedures (often known as methods). A feature of objects is that an object’s own procedures can access and often modify the data fields of itself

Most marketers and free lancers often design to own their own personal sites to host and promote their products or affiliate links, but are often faced with the draw back of having to buy heavily priced domains and hosting services. Add this to the cost of hiring a competent web designer. Some give up before they have even begun. No more.

What This offer gives

If you order our additional customization, we will design the site to your specification and also give you free technical support to setup and maintain the site for a period of 6 months.
Customers will also get

How would you do to keep full history of every values of all tables in a DB, which can be queried with a specific date (for each and every column of all tables)? I mean: one would just need to specify a date for which the value was “active” or in “validity”.

In a dumb way, I would add to each table a “validity start date” column. And instead of copying every value, I would only copy values that changed, ad set all the other columns to NULL. However, this solution is really horrible, since it complexifies the queries, even if it takes less space.

Is there a specific technology (I am in the Microsoft world) that enables to do that, or a specific way to model the database to do that (except creating a table for each column of each table)?

I would like to mention that I am not a DBA but a dev. KR! KR!

What rules apply to the order in which individual attacks are taken during a full attack action in D&D 3.0, 3.5, and Pathfinder?

I am specifically interested in RAW requirements on the order in which your iterative attacks and off-hand attacks must be parsed. Information on any common additional attacks (such as from cleave or haste) would also be appropriate.

For example consider these three sources of attacks in 3.5 (per d20srd.com):

If you wield a second weapon in your off hand, you can get one extra attack per round with that weapon.

If you wield a second weapon in your off hand, you can get one extra attack per round with that weapon.

When making a full attack action, a hasted creature may make one extra attack with any weapon he is holding.

So for 3.5, consider a character with two daggers, a BAB of 6, that feat, and under the effects of haste: they have five attacks from three “sources” (BAB, TWF, haste). In what order may the player take those attacks? Are they free to select any order, or strictly high to low total attack bonus (if so, how are ties resolved?), or BAB in order (same question on ties), or resolve each attack “source” in order but order the sources as desired, or some other thing?