Note: the example I’m giving is D&D focussed, but the question is system-agnostic.

I allowed the party to defer some character creation choices so we could get playing faster, and one of them has an unused language slot. The party also has a Ranger and the revised version of the class can, at higher levels, choose an epic foe against whom they get combat bonuses.

It would be very sensible if that unused language could turn out to be giantish and that the ranger could take giants as their epic foe. It would also be nice if I didn’t have to lay out to the players that there are giants in store later – they’re all new, and they won’t guess.

Are there any good story-driven ways that a GM can help "guide" players toward making character creation choices that fit the planned campaign?

Learn the basics to download install and activate setup via technical guide. Follow the steps in chronological order to complete the process.

I’m designing a feature to encourage users to sign up as a frequent flyer member on a flight booking app. This feature will appear on the booking summary screen after the user has booked a flight.

From here there’s just 1 button that takes the user back to the booking summary. The booking summary screen all is the same except the message now welcomes the user as a frequent flyer with brief instructions on how to add their frequent flyer number to their upcoming trip to accrue the miles mentioned previously. the button here that leads them to manage booking which is a webview. 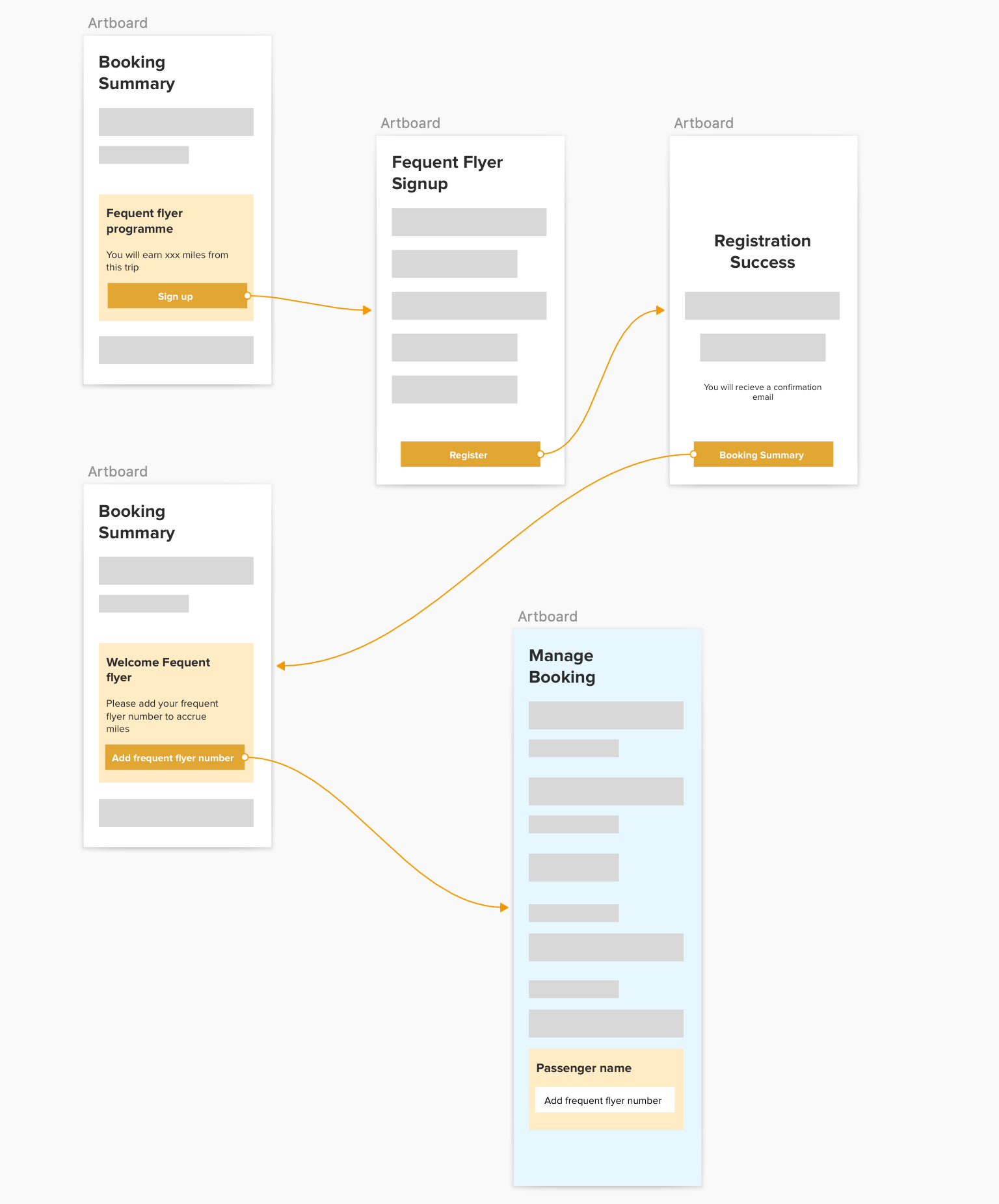 The challenge I’m facing is after registration the user needs to do quite a bit in order to insert their new frequent flyer number to their upcoming trip.

My question is how can the last part of the flow be simplified for the user.

I’m facing quite a few limitations too. Here I cannot change anything on the website in the webview as it’s under a different platform.

I am a Physics teacher. I was using virtual lab simulation to teach Physics experiments which required adobe flash player. Now few days back I got a popup asking to uninstall Adobe flash player as it will no longer be supported after 31st December 2020. I did a bit of survey and found that if website makes the content compatible with html5 it will run. But what will happen to sites which wont update?
Here is the link of simulation which needs adobe flash player.
http://vlab.amrita.edu/?sub=1&brch=281&sim=1524&cnt=4[![enter image description here]1]1

Anyone, please help me tell you about this question. I need this answer quickly.

Anyone, please help me tell you about this question. I need this answer quickly.

Eventually, the final versions of this material were published in Eberron: Rising from the Last War (E:RftLW) in November 2019. At that point, WGtE was updated to include the final versions (as they appear in E:RftLW) of the content that was already in it; the official artificer class was added to WGtE as well, though with only 1 of the 3 subclasses that appeared in E:RftLW (the Alchemist).

As of the release of Eberron: Rising from the Last War, it seems like there’s almost no reason to buy the Wayfinder’s Guide to Eberron. Almost every single character option and magic item that exists in WGtE seems to have been reprinted in E:RftLW, and then the latter adds several additional things that are not in WGtE at all: the Artillerist and Battle Smith subclasses for artificer, reprints of bugbears/goblins/hobgoblins, a “new” orc race (though mechanically almost identical to the existing one in Volo’s Guide to Monsters), a group patrons mechanic, seemingly more in-depth lore, a short sample adventure, several additional magic items, and plenty of new monsters/NPCs.

By the way, this stands in stark contrast to Mike Mearls’ claims back when WGtE first came out that any future print product would be complementary, rather than just superseding/replacing WGtE entirely (even if E:RftLW was only a hypothetical at that point):

However, in responding to someone’s question on /r/dndnext on Reddit about which of the 2 books would be a better purchase (to which the answer was obvious), I did begin to wonder what official material appeared exclusively in Wayfinder’s Guide to Eberron. The only 2 things I’m aware of are listed in my reply to the linked comment, but I was curious whether there was anything else I’d missed. (I’m intentionally choosing not to state which things I identified in my question, so that answers will contain a complete list of WGtE-exclusive material rather than excluding those two.)

What material currently appears only in the Wayfinder’s Guide to Eberron (the latest version, as of November 2019), that wasn’t also reprinted in Eberron: Rising from the Last War?

I’m mainly interested in a summary/list mechanical stuff – e.g. character options, magic items, monsters, etc. – but if there are significant lore elements mentioned only in WGtE and not in E:RftLW, it’d be nice to get a brief summary of what lore is exclusive to WGtE as well. (You don’t need to provide a full rundown of what that WGtE-exclusive lore is – just list the names of topics/sections that only WGtE has lore about, or point out where in WGtE I can find it.) I might count maps and other resources too, if they’re exclusive to WGtE.

Basically, I’m curious about any WGtE-only content that a person couldn’t get simply by buying E:RftLW.

I am a fairly experienced and soon to be technically qualified(meaning Advanced First Aid and Wilderness Skills certification) Himalayan trekker. I wanted to know if hiring a guide to trek in GHNP(Great Himalayan National Park) is compulsory or not as I wanted the hiking group to consist of just my friends and I .

Searching for how can i shoot something about 3 weeks. Enjoying when i follow street photograpy and i want to shoot about. Want to show about details i mean when a person making repair. When he/she doing him/her job i want to shoot but important thing is doing this to close-up for detail. its may be details also.

Sorry for my english, i hope i dont waste your time. Have a nice day

They are not compatible

Xanathar’s Guide to Everything adds new archetypes for the ranger, not new conclaves (page 41):

At 3rd level, a ranger gains the Ranger Archetype feature. The following options are available to a ranger, in addition to those offered in the Player’s Handbook: the Gloom Stalker, the Horizon Walker, and the Monster Slayer.

If you wanted to use one of the archetypes from Xanathar’s Guide for the UA ranger, you would first need to create (homebrew) new conclaves that mirror the XGtE archetypes, and worry about balance as part of that process.

I am not very experienced in homebrewing and balancing, but the Horizon Walker archetype from Xanathar’s Guide to Everything was playtested in Unearthed Arcana: Ranger & Rogue, which includes this text block:

If you’re playtesting the Unearthed Arcana ranger, you can use these subclasses with it if you make one addition: give each subclass the Extra Attack feature.

Extra Attack. Beginning at 5th level, you can attack twice, instead of once, whenever you take the Attack action on your turn.

The Monster Slayer archetype was playtested in Unearthed Arcana: A Trio of Subclasses, which contains a similar text block.

So if you are looking to balance these subclasses for use with the UA ranger, that may be a good place to start.