Currently I’m rooted, use xposed, XprivacyLua (absolutely love the privacy/anonymity it offers), Afwall/net guard, parallel space (to run two apps with two different accounts simultaneously), fx (file explorer that I use offen to create, move, copy, paste files/folders just like I’m on a computer), Tor, Automate/Tasker, OpenVPN… All these are ESSENTIAL apps, necessary apps…would hate to use my phone without them.

Would jailbroken Ios offer me the same thing? Any semi power user switch from Android to ios? Opinions?

Closed. This question needs to be more focused. It is not currently accepting answers.


Want to improve this question? Update the question so it focuses on one problem only by editing this post.

Is it common to make user interface elements (text, edit boxes, buttons, etc.) larger in an iPad app than in the corresponding iPhone app? Would it violate any Apple UI guideline to do so?

I’m asking because we have an iPhone-only app now and some users really like using our iPhone app on an iPad Mini. They like the large text and large buttons when it’s in “2x scaled” mode.

Our users are delivery drivers who primarily use the app for viewing the contents of delivery orders and doing numeric data entry in the field, so data entry efficiency is really important to them. We’ve even built a customized numeric keyboard to squeeze every possible bit of efficiency.

Now we’re designing an iPad-native app. We want to do this because we want to capture edge-to-edge screen real estate that we can’t with the scaled iPhone app. Also, we get a lot of support calls from users who try to install our app on an iPad and can’t find it in the app store because they need to filter their search to iPhone apps to see it!

As we design the iPad app, based on our user feedback that larger is better, I want to make our UI elements larger than the iPhone version.

We’re also going to do design work to leverage the additional capabilities and real estate of the iPad, but there’s lots of good info available elsewhere for the general “how do I port my iPhone app to iPad?” where the generalized answer is “you redesign it!”. That general question isn’t what I’m asking here. Instead, I’m wondering if there’s anything inherently bad about scaling up the interface elements on an iPad app, given that most iPad apps I’ve seen don’t do this.

I don’t think we need to blow everything up 2x, but instead I want to test various different scalings with users to see which size they like best. I suspect we’ll end up with around 1.5x as the sweet spot between gaining efficiency via large UI elements and gaining efficiency by avoiding scrolling.

I have two iphones that use the same apple ID. Calls to one phone now ring on both phones at the same time and notifications are sent to just one – meaning iphone A gets notifications for iphoen A and iphone B. Other than signing out of the same icloud account, is there a way to disconnect the phones so notifications and call going to iphone B will go to it and not iphone A, and vice versa?

For the first time in a long while I am to a location without any 4G or LTE – only 3G. Unfortunately, no matter what I do, I am failing to coax my iPhone 11 even as close as to receive/send any data over it including switching voice and data on the phone’s secondary line (the one with a plan for roaming) to 3G. Text messages seem to go fine.

Here are my current data configuration: 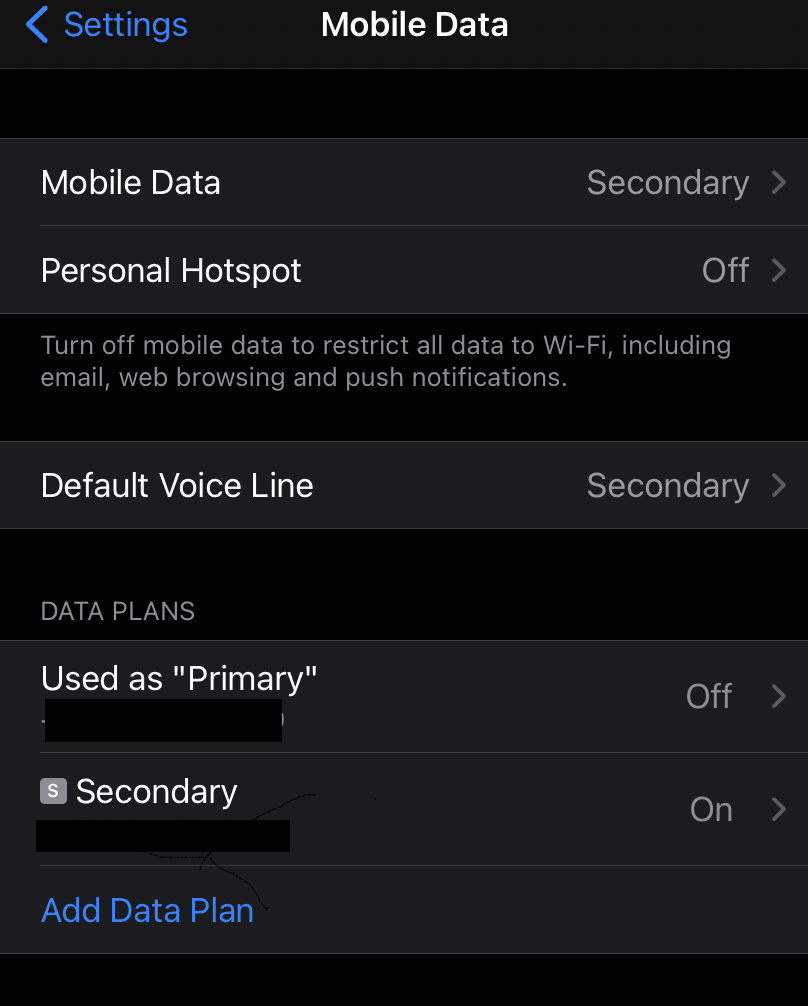 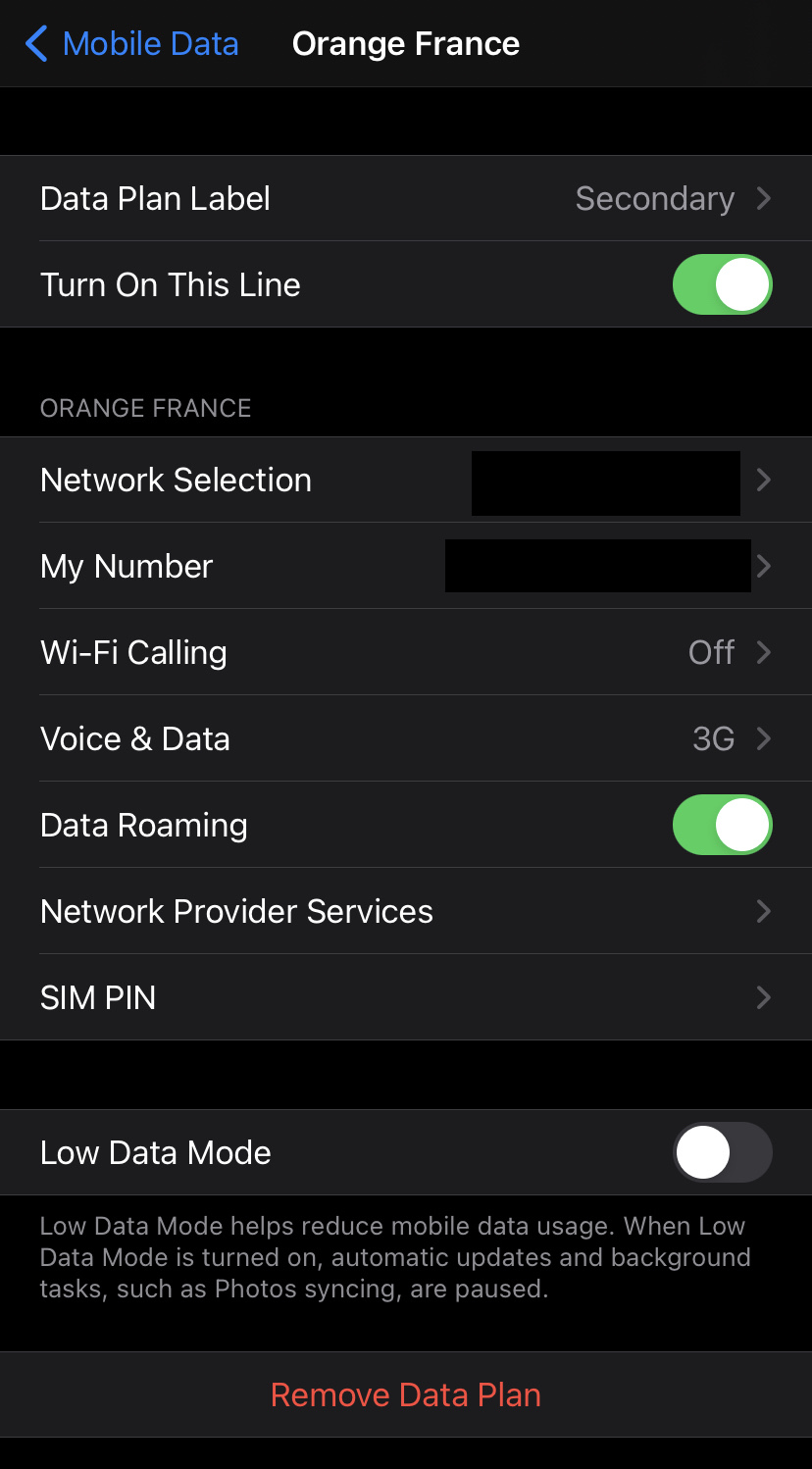 Is there anything possibly wrong with the configurations that might be a quick fix? Is this a known issue?

I used WhatsApp – with the same phone number – on two iPhones at different times (a new one and and old one), and I’m wondering if it is possible to merge the chat histories of both?

I used WhatsApp for a few years on an iPhone 7. Then the screen broke, and I got a new phone (iPhone 10).

The iPhone 7 was unused for about 6 months. During that time, I used WhatsApp on the new phone. Since the iPhone 7 WhatsApp messages weren’t backed up to iCloud, I have six months (only) of messages on the iPhone 10.

Now I’ve fixed the screen on the iPhone 7 and can log in and see multiple years of WhatsApp messages again (but not the latest six months of messages).

So I’d like to somehow get all the old messages onto the new phone (while keeping the newer messages already on it).

The WhatsApp FAQ explains how to restore a chat history on iPhone but it would involve deleting and reinstalling the iPhone 10’s WhatsApp app (which triggers WhatsApp to fetch the iPhone 7 messages from the cloud). However, I’m guessing that in the process of deleting WhatsApp on the iPhone 10, I would delete those most recent months of messages. (I haven’t tried yet, for fear of doing exactly that.)

I’d love to hear from people who have had this issue and successfully resolved it. Thanks!

Why does my iPhone sometimes shift the view down by about 1/3 of the screen in order to reveal… nothing, just the blurry background image? How can I prevent this from happening? 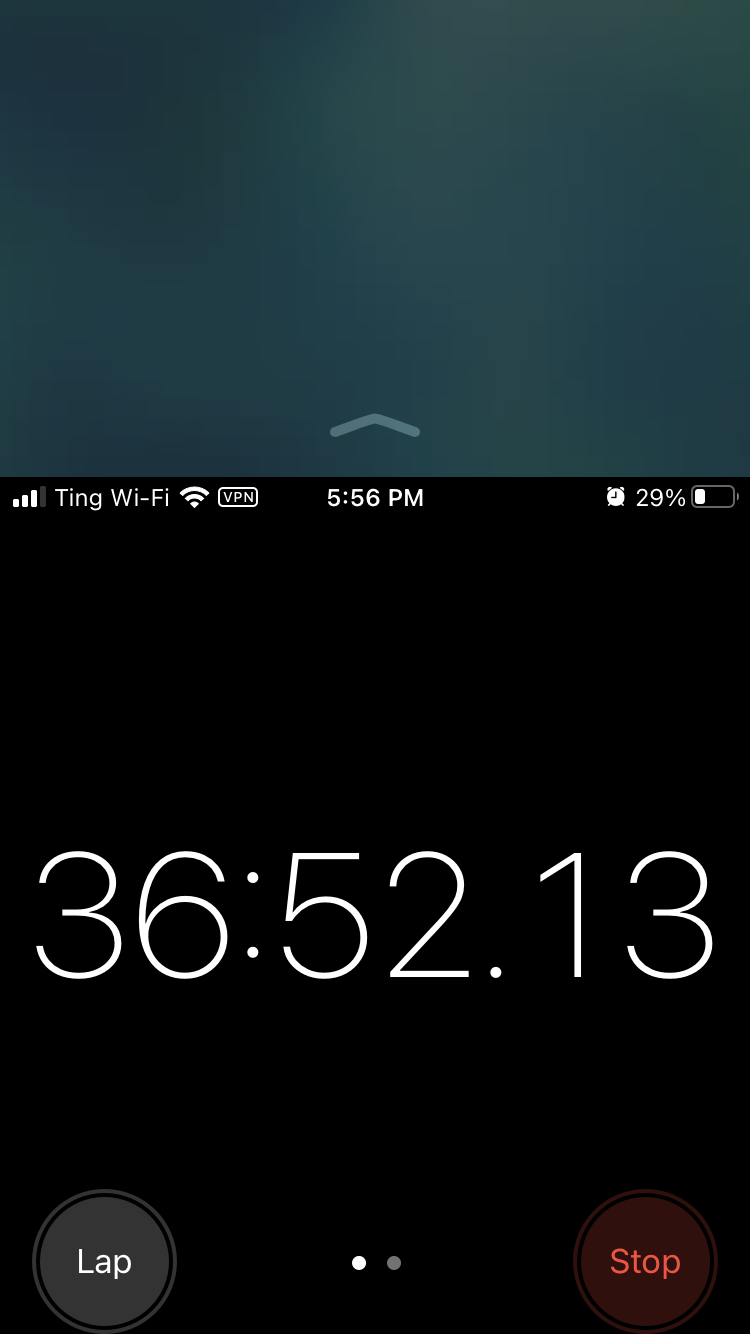 I can access the app in three different ways:

HOWEVER: the main screen I get using method 1 looks different from what I get with the other two methods. They look like the following, with method 1 producing the first view and methods 2 and 3 producing the second view:

It almost looks like the first method is running a different app from the other two methods.

However, if I go to Settings>Control Center and see what remote app is in there, I find that it is called Apple TV Remote.

So, what’s going on? When I go into Control Center and tap on what Settings claims is Apple TV Remote, why do I get something different from what I get if I tell Siri to open Apple TV Remote (or if I simply find the Remote app and choose it).

I have an iPad and an iPhone. When I had both of them sync to iCloud to save storage space, the photos and albums from my iPad went onto my iPhone and vice versa. This messed up both the organization of my photos as well as making it difficult to locate that one specific photo on either device, since I now have much more photos to sort through. I tried to revert the iCloud sync but it refused to revert back to the way things were. Is there any way to remove synced photos from my other device automatically?

Let’s say I have an Apple ID that’s been disabled/locked for security reasons.

FMI shows as enabled on the new phone’s settings but I am not sure it’s actually enabled. IMEI checker sites such as imeipro show that it’s disabled but I want to get your opinion on the matter. I want to format the new phone and worry it too will become activation locked.

I need help to choose best approach for creating a screen with 2 different layout.

What is the best approach, I should choose for implementing this screen in iOS.