Of course, no one will be able to follow the question without saying what $F(beta)$ is. In my case, $F(beta)$ needs to be constructed by transfinite induction or another way. I know the most natural way is that construct $F(beta)$ and then state the lemma. But for some, this was hard for me. This is why I am looking for another way to do this. Here I have some questions:

Q1 Is true if I state the lemma, then give the construction of $F(beta)$, and provide the proof of the lemma? If so, If this kind of idea sometimes use in book or journal paper?

Q2 If not, do you recommend an idea to play around this without introducing $F(beta)$ first?

i have troubles to show that this language is not context free with the pumping lemma.

I solved all the cases but one, which is:
“vxy contains b’s and c’s”

I came up with the following approach to show that the resulting word can not be in the language:

this is equal to:

The classical Artin-Rees lemma tells the following. Let $R$ be a Noetherian commutative ring and $Isubset R$ be an ideal. Let $M$ be a finitely generated $R$-module and $Nsubset M$ be a submodule. Then there exists an integer $mge0$ such that for all $nge0$ the following equality of two submodules in $N$ holds:
$$
I^{n+m}Mcap N=I^n(I^mMcap N).
$$
The usual proof is based on the Hilbert Basis Theorem: essentially, one uses the fact that the Rees ring $bigoplus_{n=0}^infty I^n$ is graded Noetherian (since it is a quotient ring of the ring of polynomials over $R$ spanned by some finite set of generators of the ideal $I$).

So let $R$ be a Noetherian commutative ring and $S$ be a multiplicative subset in $R$. Assume for simplicity that $S$ is (at most) countable and all the elements of $S$ are regular (nonzero-divisors) in $R$.

Let $M$ be a finitely generated $R$-module and $Nsubset M$ be a submodule. Does there exist an element $tin S$ such that, for every $sin S$, the equality of two submodules in $N$
$$
stMcap N=s(tMcap N)
$$
holds?

Or, at least, can one find an element $tin S$ such that the above equality holds for a cofinal subset of elements $sin S$ (in the divisibility preorder)?

A straightforward attempt to argue similarly to the Hilbert Basis Theorem proof of the Artin-Rees lemma does not seem to work, as the ring $bigoplus_{sin S}sR$ does not have to be graded Noetherian when the multiplicative set $S$ is not finitely generated.

I am reading a paper ‘Periodic nonlinear Schrodinger Equation and Invariant measure’ by J.Bourgain. And I have two questions on the lemma 3.10. 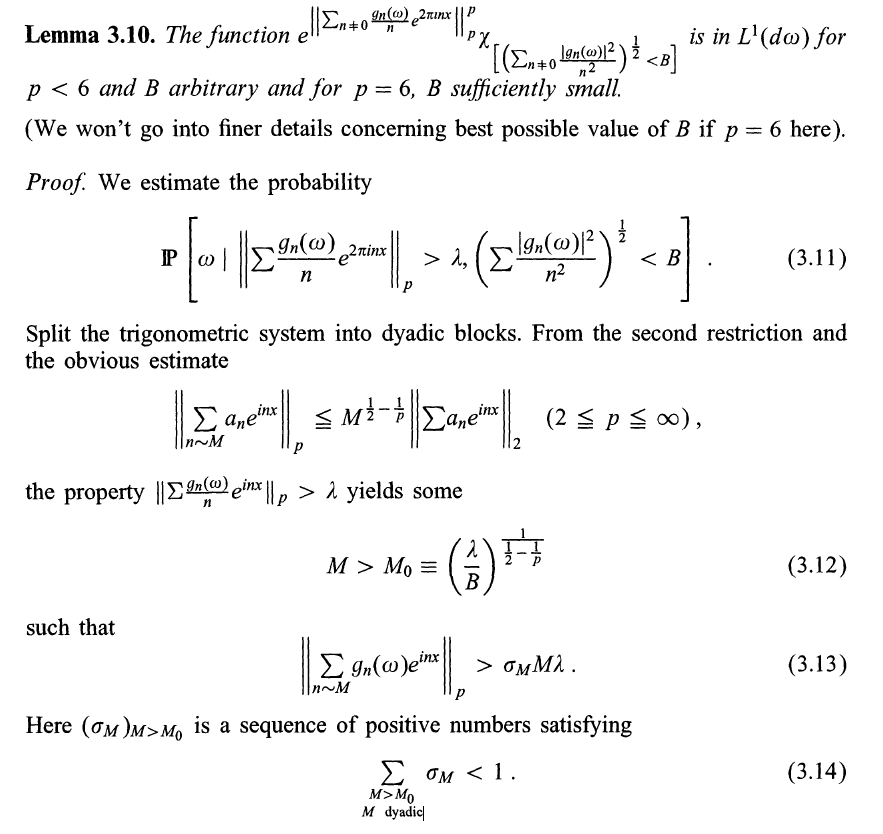 What I have up to now is as below.

Check whether the following language is context-free. If yes, a suitable grammar should be given; if no, the pumping lemma should be used as a tool.

Can I choose (since N includes 0)

and provide a grammar for that language, and thus say L is indeed context-free?
If L is not context-free, how could I prove it using the Pumping Lemma?

I need to show that this language is not context-free with the help of the Pumping Lemma.
My first intuition is, that there exist 5 different cases, i.e. the middle part, let’s call it vwx, consists of

and I need to find a pumping constant, which excludes the new word from the above defined language. However, I am having a hard time how show that formally and precisely. Any hints are highly appreciated!

In my introductory algorithms class I recently learned about the Cut Lemma and how it can be used to prove correctness for many Minimum Spanning Tree algorithms like Kruskal’s and Prim’s.

In class, to simplify these proofs-of-correctness, we assumed that all edge weights in the graphs we were considering were distinct. This was also a helpful assumption when working with the Cut Lemma, since it guaranteed there will only be one minimum-weight crossing edge between the two disjoint sets of vertices created by the cut. In fact, we used proof-by-contradiction to prove the Cut Lemma, which required a unique minimum-weight edge.

My question is, what happens if edge weights aren’t distinct? How can we still use the Cut Lemma to prove correctness for MST algorithms if we can no longer guarantee there is one minimum-weight crossing edge between the two sets of a cut? Is anything materially different?

Rasiowa-Sikorski Lemma (for forcing posets)is the statement: For any p.o. $mathbb{P}$ (i.e. $mathbb{P}$ is a reflexive transitive relation) and for any countable family of dense subsets of $mathbb{P}$ there is a generic filter which intersects all dense subsets of the countable family. It is well-known that this statement is equivalent to the Baire Category Theorem for Complete Metric Spaces – and thus it is also equivalent to the Principle of Dependent Choices.

Well, I asked my student to verify such claim, and at first glance I suggested him to follow the results 3.1 to 3.4 of Chapter II of Kunen’s book, where there are proofs for some equivalences of Martin’s Axiom at $kappa$, MA($kappa$): the idea was to discard the hypothesis “c.c.c.” and adapt the reasoning, arguing for $kappa = omega$. It turns out that it was not a good suggestion, because in 3.1 a kind of Downward-Lowenheim-Skolem argument is done, to show that it is equivalent to work with a restricted form of the forcing axiom, considering only partial orders of bounded cardinality. However, such argument seems to require the Axiom of Choice, or some part of it other than BPI.

Does any of you know if it is indeed possible to prove the equivalence between “Baire Category Theorem for Compact Hausdorff Spaces” and “Rasiowa-Sikorski Lemma for forcing posets” from ZF + BPI alone ? Any suggestions or references would be appreciated.