The Stack Exchange network includes 176 question and answer communities, including Stack Overflow, the largest and most reliable online community for developers who want to learn, share knowledge and develop their careers.

I want to create a control scheme similar to EA Skate games, where touching the right analog stick in various ways encourages the character to perform different tricks: 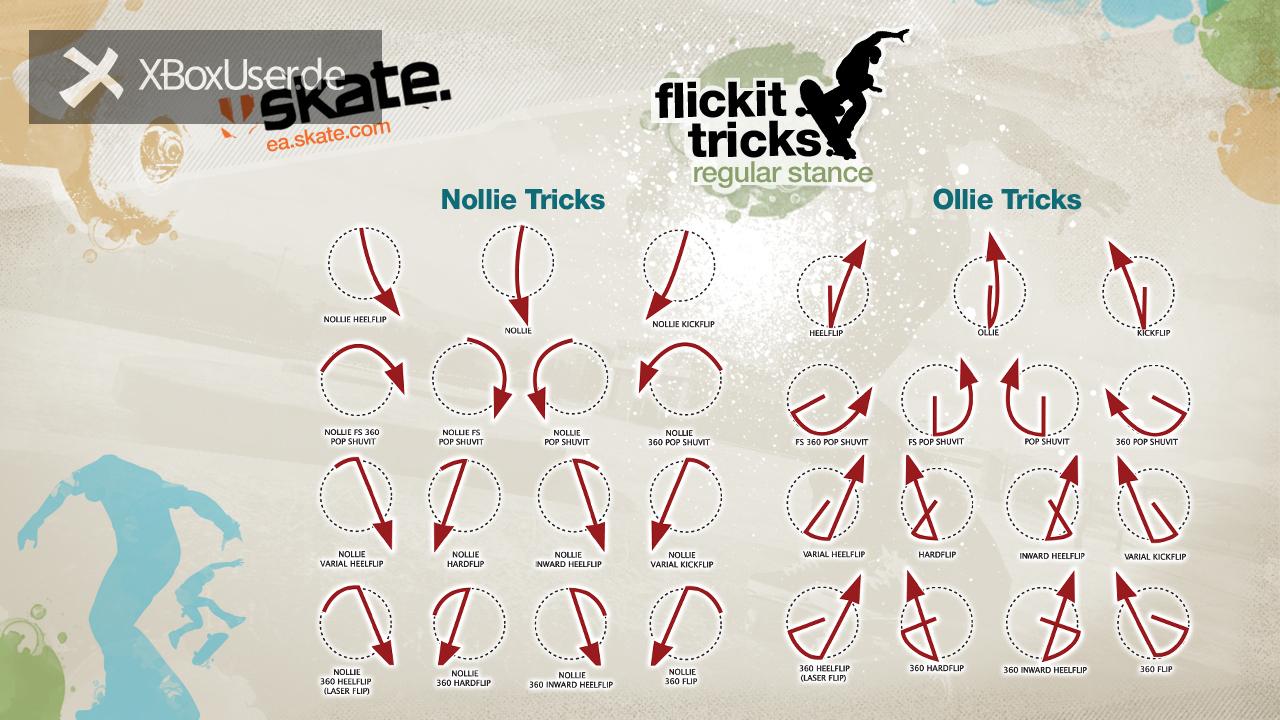 I record the user input for a defined period of time or until the user returns the analog stick to the rest position. The record is a list of Vector2 coordinates.

Depending on the speed at which the user erases the analog stick, I sometimes get a shorter (15) or longer (45) list of points.

Now, I want to compare these point lists to predefined shapes like the ones in the screenshot, to match the action that the player intended to take.

My idea was to use a metric to compare the similarity of the record to the lists of tables, but I don't know which metric I could use. I found the Hausdorff-Metric and it seems applicable, but I don't know how to implement it.
This could also be an exaggeration for the problem, so I wanted to ask how other people could solve the problem.

Here's a video showing the type of movement I'm talking about:
video

I have a configurable seal attached to the player that reduces the length of each frame the player touches the ground. I'm doing this to make it easier for the player to take off and add a little extra speed. The problem is that when the rope shortens, the player bounces off the ground (because the player is pulled towards the anchor, then gravity brings the player down), which can make the movement a little polite. I see two possible ways to fix this, but I'm not sure how to do it:

Here is the code that shortens the string:

Can anyone give me advice or ideas for this problem?

This seems to be a request for help with a class assignment, which is perfectly acceptable here. But rather than telling you which movement each photo can fit into, I'm going to try to help you do the job better yourself, okay?

The way you did it is to put the cart before the horse, so to speak. You have taken some random images and now want to adapt them to a specific category.

To create a photograph that emulates the futuristic motion, you can take a burst of photos of a person crossing a room, or playing the cello, or bouncing a ball, etc., and then combining the exposures into a single image. Or you can use a dark room and a strobe flash capable of multiple bursts during a single exposure to show the same thing. This ability is called Multi or strobe or Repetition shine.

The point is that you have to decide in which movement you want to insert a photo before you take it and work to create a photograph that matches the characteristics of this movement.

The basic rules define speed as:

Each character and monster has a speed, which is the distance in feet that the character or monster can travel in 1 turn.

On your character sheet, this is probably listed as "speed: 30 feet" or something similar. Wherever the game says "speed", it's about that speed. You use it to get up, swim, climb, etc.

The speed of an affected target is halved

When you get up from your stomach:

Getting up takes more effort; it costs an amount of movement equal to half your speed.

Now that your speed is cut in half, when you try to get up, it will cost you half your new speed. If your original speed was 30 feet, then it was halved at 15 feet, getting up from your stomach will cost 7.5 feet.

What happens if I am also struck by a Ray of Frost spell while I am slowed down, which reduces my speed to 5 feet for 1 lap? Am I able to get up?

If your speed is 5 feet, standing up costs 2.5 feet. This leaves you with 2.5 feet remaining. If you are playing with the grid variant rule, then the DM will probably decide that you have to round off your remaining movement and you cannot move 1 space.

I'm trying to design a chess game where every part of the game inherits from a abstract Piece classroom.
The room does just a few things:

Earlier, I was thinking of doing some of the validation of the piece itself so that there is a abstract validateMove() that each piece should implement, but this could result in many code changes if, in the future, I decided to change the move validation mechanism of a specific part, something similar to the case of Rubber duck without the flight method described in Head First Design book.

So I thought about creating this interface called MoveValidator, which would have implementations specific to each piece and each piece would have a validator as one of its variables rather than being a validator itself or implementing the validation itself.

So a Pawn would have a PawnMoveValidator as one of its composition.

I therefore have the following abstract piece classroom

I have a few questions here.

Thank you for your time

What are the effective ways, the expected standards and the state of the art to visually present a motion in a 3D space or a very generalized motion in a 3-dimensional x / y / z axis from a accelerometer? I'm starting to do some research and I do not know how to start. Examples and terms that I can look for would be helpful. This includes potential modifications of a standard, the accumulation of data points, and so on. with regard to the recurring three-dimensional movement (imagine that you run or any repeated movement recorded by an accelerometer).

first of all, sorry for my english;
I have the following problem with a WebGL project I'm working on:
I have an object that I want to zoom out and move to a specific position at the same time. For that, I created a coroutine that is called at click. On my computer, everything works perfectly, but every time I try this feature on a computer not very high-end, this coroutine stutters a little.
I've tried to disable each shader or sprite used by this object in order to eliminate high graphical uses, but the problem persists even though the object is an empty circle.

it's the coroutine that I use:

Could you give me an idea of ​​what I'm doing wrong? I've also tried Lerp and this has not solved the problem.
Thank you!

I'm trying to develop a Windows application that stores and displays file metadata. The client will simply be an extension of the shell directly into the file explorer (as opposed to an independent application). I think the application will be used in a network environment, with many individual clients and tons of files. Some metadata makes sense in the context of a given file. For example, I have a property "date" that reflects the date of effect of a document. Other metadata only make sense in the context of the application, such as "user comments".

I'm wondering if there are accepted approaches and schemes for storing large amounts of metadata and, if necessary, also tracking file movements to synchronize data. Should all data in the file be stored in a single database? Will it become too slow for millions of files? Can the data be stored in a local database in each directory, resulting in many smaller databases? Is ReadDirectoryChangesW used to track file movements and changes? Do applications use the GUID or index of files to track files, or can they rely solely on the name and path of the file? Should some logic be on the server or can everything be given to the client? Does it mean a job for SQL Server or SQLite could it do it?

Until now, I've created a kind of "hybrid" client that stores data in each file and some in a local database in the directory. But this approach seems to be complicated. I've also tried using the file index or the GUID as the primary key, rather than the file name, even though I've heard that they can not not really be approved.

Any orientation or thought is greatly appreciated!

Let's go through what your code is doing, and maybe we could clarify some things.

You use the variable Movement to capture the entries for each axis at each update frame:

Capturing this in a vector2 is logical since you are moving to 2D, and doing it in the update reminder makes sense since you want to read the input to each image. Until here everything is fine.

Then, in the fixed update, you move the position of the Rigidbody2d by doing the following:

What is the value of the variable Movementspeed That much? Unless you have used the property definition tool to assign it a value elsewhere, the default value is (0,0). So the value of the statement (Movement * Movementspeed * Time.fixedDeltaTime) will return 0. So you essentially define the position of the rigid body on its current position.

But really think about what you are trying to do in this statement. Movement is a 2D vector that represents your direction of movement, Time.fixedDeltaTime ensures that we move in a constant amount no matter the gap in time between fixed update calls, but what is the purpose of Movementspeed? You make a cross product here when I do not think you intend to do it. You do not really need to use another Vector2 to represent your speed, just use a float. Remember that any vector multiplied by a float only changes the magnitude of that vector. The direction remains the same.

So, what you probably want to do here is:

where moveSpeed ​​is the float variable you defined at the top of the script.