You are using “indirect reference in the general sense” in your C++ programming. There’s nothing wrong with that. It is almost as powerful as programming with pointers and reference (in the C++ language).

Although, there is one technicality pitfall in the way you use vector.

For software safety sake, I’ll describe that technical pitfall first. It’s more important to know about that pitfall, than to have your main question answered.

When objects are placed into a vector, the vector contains a copy of the object. These objects have addresses, from which you can create references (in the C++ sense). These addresses are stable until the next time you cause the vector to reallocate (growing, clearing), or causing the items to shift (e.g. delete an item in the middle). If you keep using addresses that are no longer valid (called pointer invalidation), it can trigger “undefined behavior” (UB). Once UB happens, anything can follow – the correctness of subsequent operation is no longer a guarantee.

Your programming style, which allows you to pre-allocate your vectors up-front, is comparable to the static memory allocation style (on a semantic level).

Some of the examples you mentioned are examples of “handle body idiom” (link).

In C++, a handle class allows its users to normally use C++ copy semantics to achieve something similar to C++ pointers and references.

OpenCV’s Mat class is a “handle” class. To illustrate this, consider this code snippet:

After these two lines of code, matTwo and matOne both reference the same object (the matrix or image). This is due to the design and the implementation detail of the cv::Mat class.

If you want to implement a class that behaves similarly, you will need to learn about C++ pointers and references, i.e. the knowledge that you’re curious about and felt like missing.

A bit on the “linguistics” of the word “semantics”.

In C++, the phrases “copy semantics” and “reference semantics” both refer to aspects of the C++ syntax and its usage. Thus, the use of the word “semantics” is a misnomer, when judged by the standard of the English language.

When I have a pointer pointing to another pointer like:

And I'm using the free command (pointer2), so should I deallocate pointer1? If yes, should I do a treatment for pointer2?

I'm learning C ++ and copied code over the Internet and modified it, but it has error when compiling – (Error) ISO C ++ forbidden comparison between the pointer and the integer (-fpermissive).

Any comments, criticisms or questions on this subject? I use this as the basis for some rectangular board toy programs like Conway's Life and the Snake. Usage includes setting the size of the map at runtime, so the type does not contain size information, only instances.

I have a COM server application and I need to link reminders to specific events that are linked late.

My VB test script is as follows

My com server has the onActivate property which is of type OleVariant.

My question is, after getting this value, how do I call the VBscript function from the value stored in the Olevariant (which the debugger says is of type VarDispatch)?

The user will give as a double entry with the first number being the number of disease cases of a specific age, I have to link "number of cases" with "age" and be able to edit this number of cases, it has the possibility of receiving more cases for an age already mentioned earlier. In addition to that, it will give the numbers X and Y, so I have to print the number of cases related to the ages between X and Y. Any clue? I know this is related to pointer variables, but I'm not sure exactly how to use it (if someone can show me sample codes with this type of variable, I'd be grateful). The language I use is C.

I think I am using the standard Oculus configuration of the SDK using OVRCameraRig. I also have a LaserPointer.

But in VR on my Rift, the line looks like this. 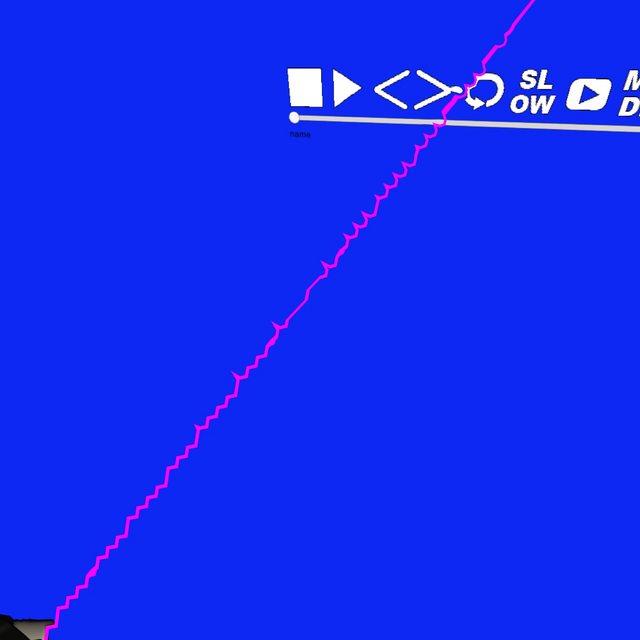 Any idea what I'm doing wrong? Before, it was right. Now this is not the case. I don't know what I changed.

Using X2Go with "multi-window" mode for better integration in the office, I cannot use the builtin vcxsrv X-Server because it hangs when opening a new one git gui or gitk the window.

On the other hand, when in use XMing (version 6.9.0.31) with options -clipboard -dpi 120 -multiwindow, programs respond to the mouse as if the pointer were about 100 pixels down from where it was displayed.

I can't get rid of the pointer finger in my note bar. Ty, Cam
and I want to know, Anderw T. "Why did you delete my question about it ¿Was it too difficult? Something maybe Meta Andrew T. Unable to resolve. Hope you answer and don't don't just kill the question ..