Skip to content
I can’t quite figure out what’s going on here with a few users on one domain vs Gmail.
Any time they send to someone from this one domain (t… | Read the rest of https://www.webhostingtalk.com/showthread.php?t=1848875&goto=newpost

PKI ensure that if the message reaches its destination it has not been altered (if signed with sender private key) and/or has not be compromissed (if crypted with recipient public key).

If the sender wants to make sure that the recipient has actually received the message, a higher level protocol must be used. For example the recipient could send a signature of the original (optionaly decrypted) message using their private key. So if the round trip:

completes, then A can be sure that B has received the correct message.

If you do not set up that round trip, even with modern system where the sender can be sure that the message reaches the recipient system, you have no protection against the message being destroyed between its arrival on a machine and the moment when the human being named B could read it.

(*) as QSL to message … had to be manually sent, it meant that somebody could read the message number and declared having understanded the full message.

can you help me please ?

An unhandled exception occurred while processing the request.
SmtpException: Mailbox name not allowed. The server response was: 5.7.1 Sender address rejected: not owned by auth user.

I use subaddressing constantly in my GMail account, creating a new address several times per day. However, the user experience when doing this leaves a lot to desire:

Are there better solutions?

I imagine a solution where you execute some kind of script (bookmarklet perhaps?) that alllows you to enter the desired from-address and the script then performs all the steps required to create a new address automatically, opens a new message with the specified from-address and, after the message is sent, removes the address it just created.

¹ If I use the GMail SMTP-server, the from-address is reverted to the default address.


Want to improve this question? Update the question so it’s on-topic for Web Applications Stack Exchange.

Currently I have a contact page and it is working properly. 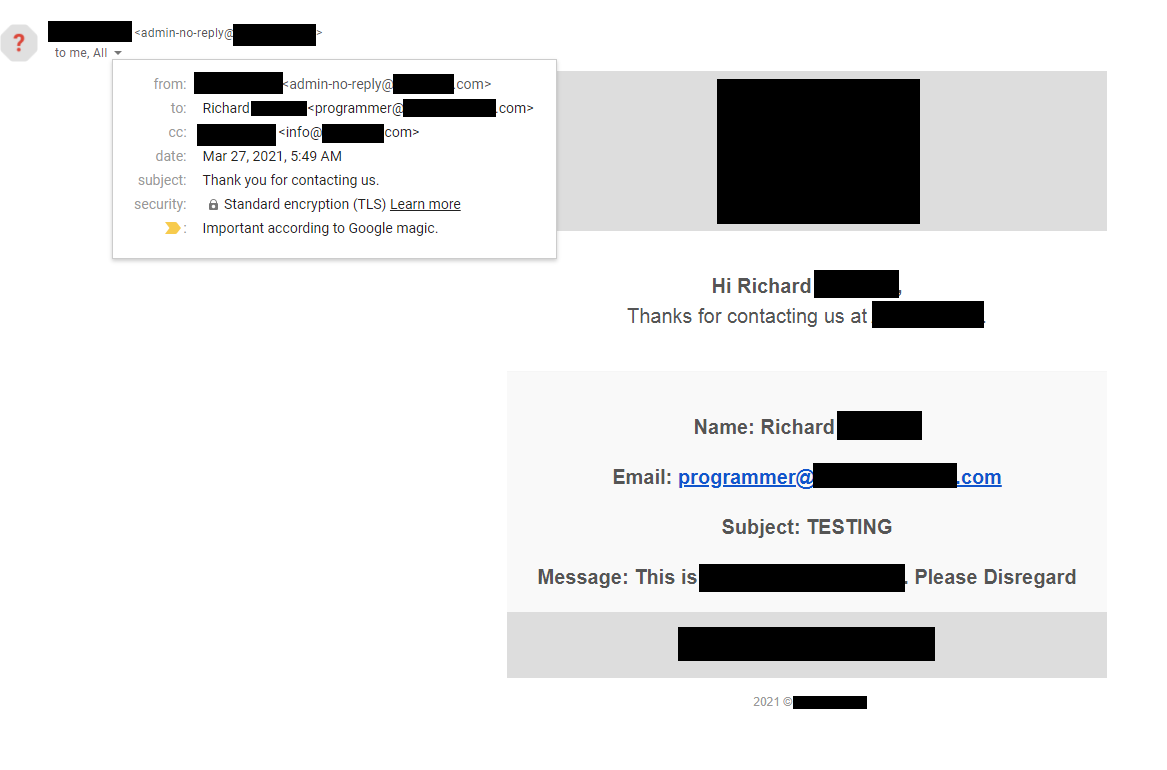 We can clearly see that TO and CC was successfully delivered the email.

However, when I tried to open the account of info@sampledomain.com

I don’t see any email received from the admin-no-reply@sampledomain.com

Is there something wrong with my GSuite?

I am trying to find those emails in which I am not the last sender. If i can get the results in excel that will save a lot of my time. Anyone?

I use the Microsoft Outlook web interface. I tried the following, however it returns emails containing attachments with a different file type, because *.xlsx doesn’t only apply to attachment. 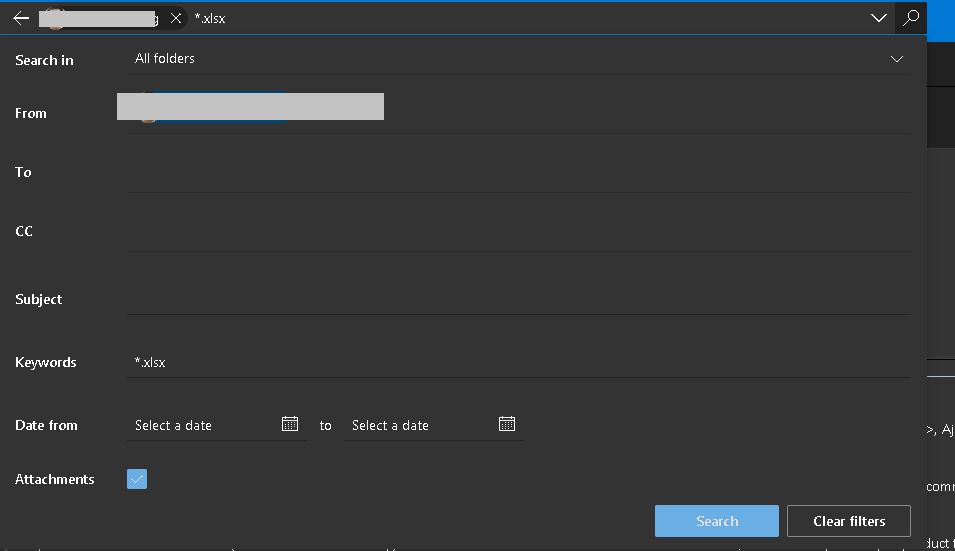 Using ext:xlsx has the same issue.

I am watching a live stream of Roger Ver talking about Bitcoin. Yes, I know that a lot of people violently hate him and I will say that I don’t like Bitcoin Cash. I sold all mine for Bitcoin very early on, and it seems to me that bigger block sizes are a bad thing.

However, I must admit that many things that he said then and says now seem to make sense. I’m very open to the possibility that he’s lying or warping the truth, but this in particular is something which stuck out to me:

Basically, he is saying that Bitcoin has been fundamentally broken on purpose by introducing the “replace-by-fee” feature, which, according to him, allows you to “reverse” (take back) Bitcoin transactions for minutes, hours and “sometimes even weeks” after it was sent.

Is there any truth to this? Is he purely making this up to cause fear and doubt? If so, please give me all the details.

My understanding of the feature is that it simply allows you to “unstuck” a stuck-in-memory-pool transaction by essentially throwing it a few more satoshis for the transaction fee, so that it will not be ignored but rather included quicker by the miners while a lot of Bitcoin transactions are happening at the same time.

Please let him be lying. Another thing that makes me doubt myself and my own understanding of the whole situation is what he says about the Lighting Network, which I agree is “ultra-complex” and “never seems to come into actual use”.

Trying to change the sender email id for some emails, using hook_mail_alter. The default SMTP configured email ID is ‘test@myfirstdomain.com’

The subject gets altered correctly using the hook_mail_alter, however, the email which I receive is still from the default configured email ‘test@myfirstdomain.com’.