Skpye: Graphic portal
live: .cid.89aa4cceb789895a
Request:
Please send PM with your requirements.
Thank you!
Pleasure to have business with you!The

I'm setting up a new phone for a friend. It is a cheap prepaid phone (Simple mobile TCL A1), so it lacks some features that I am used to, because I am used to custom ROMs. However, I noticed that Android Oreo bundles all of the location services into one high-precision Google sharing location. And then harass you to death until you turn it on and give the mothership that it is serving personal data. Looking around in the location settings, there is only one slider, and if I activate it, the buzz will appear. If I do not agree, the cursor turns off. On other versions of Android, you can turn on localization and leave "high-precision localization" (which is a two-way part of local Wi-Fi networks and Google’s analysis) turned off.

How can I turn off the nagging warning and turn on GPS location?

This user is a previously exclusive iPhone user, and this will be their first experience on Android. I prefer not to have it full of random annoying popups for them to click.

Now it is easy to make these existing web servers available via the Internet by simply doing port forwarding on the Internet facing NAT.

I want to do it, but I want to protect password access in a simple, generic and secure way.

The easiest way would be to NOT expose them and only access them via a VPN connection. Currently, I'm doing this – but I want to be able to access VPN-free services from anywhere on the web.

But for each of them, I want them to be accessible ONLY after some form of user password authentication.

I do not need individual users / passwords for the different servers. Maybe all the same.

What is a simple but secure way to expose these three services to the Internet, without having to alter the http servers on these devices themselves? (By secure, I mean that without knowing the password, this will not create a trivial security breach. I don't care about attacks from the middle man or so).

Tools I have to solve this problem:

Can you post 2 different services in the services >> web hosting forum? For example, we offer VPS, but then we offer dedicated servers for which we have two completely different lists.

I have an application design that would have a collection of microservices running a task for about 30 minutes to a few hours, writing data to files, and then stopping. I was debating at the beginning to deploy these microservices on a kubernetes cluster, by saving the generated files in a storage location like an S3 or GCS bucket, but their temporary existence and their lack of redundancy make the kubernetes seem exaggerated for this task. I was wondering if anyone had advice on which solution would work best for this?

In a way, at some point, I created 2 EIPs and gave them names (they have names in the EC2 user interface). 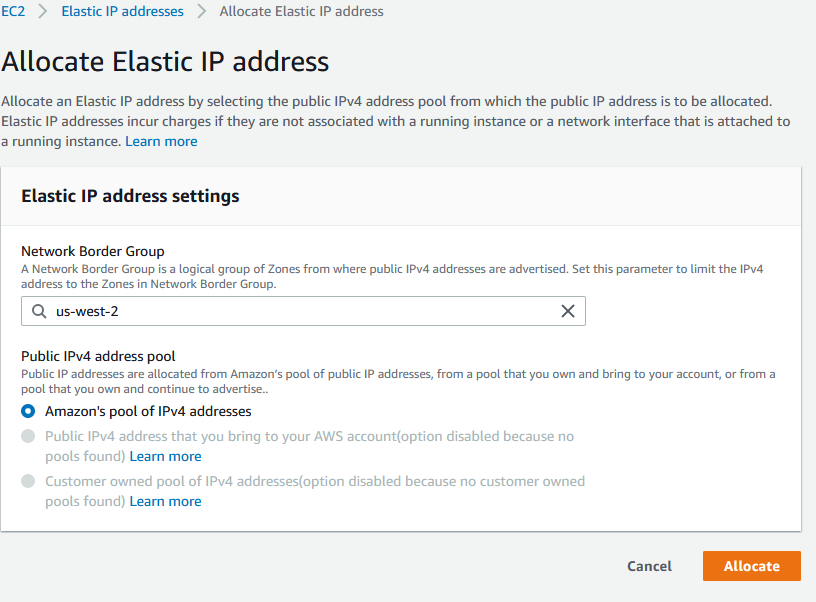 Can you please review some of our websites and provide your valuable feedback?

When I try to apply, I get the following error

When I manually create the subnet_id, it will work

This is a general question related to software architecture. This question is not related to a specific language or programming service.

The question is: "Should a server do things on behalf of the user without user interaction by providing user credentials (for example, a token or a certificate)?"

The following diagram shows an option where the token / certificate will be kept by the Web API. Because doing the actual process, service A will be called from a server. This server will ask for credentials to create a user context and will call service A on behalf of the user.

Modify (by adding the result of our research):

The problem with this approach is that the persistence of tokens or any type of credentials outside the user directory is a risk. Tokens or certificates can be used to create a user context – not only by the server, but also by others.

Instead, another option is to explicitly grant permission to the principal running on the server to access service A with their own credentials. The request can include a Service A token to let Service A know that it is doing something on behalf of the user. In this case, no identifying information (such as tokens or certificates) should be kept. The risk of "losing" this type of supporting documents does not exist.

Modify (by adding an example of SAS token):

The web application requests something like a SAS (Shared Access Signature) token. This token is linked to the principal. Only the principal can use the SAS token. Instead of keeping the user token, a SAS token is kept.

The last option is the preferred solution, as it does not include the persistence of user credentials or items that can be used to create a user context.