What navigation are you talking about?

Note that in medieval times, you couldn't browse a shop. You weren't even allowed in the shop most of the time: too much risk of theft. There was a window with a counter and you told the store owner what you wanted and they brought it to you. This has only changed very recently. This is why small shops had half doors (Dutch doors): you open the top but leave the bottom closed, doing business without letting people in. The larger stores had a specially designed window with a shutter. Lots of people also lived in their stores, so there are even fewer reasons they wanted to let you into the store. Your characters will not be allowed in a shop without good reason, such as a shoemaker or a tailor who must take action. It depends on the level of realism you want, but it can also help the player get into the frame of mind of an environment where artisans are the ones selling their products. 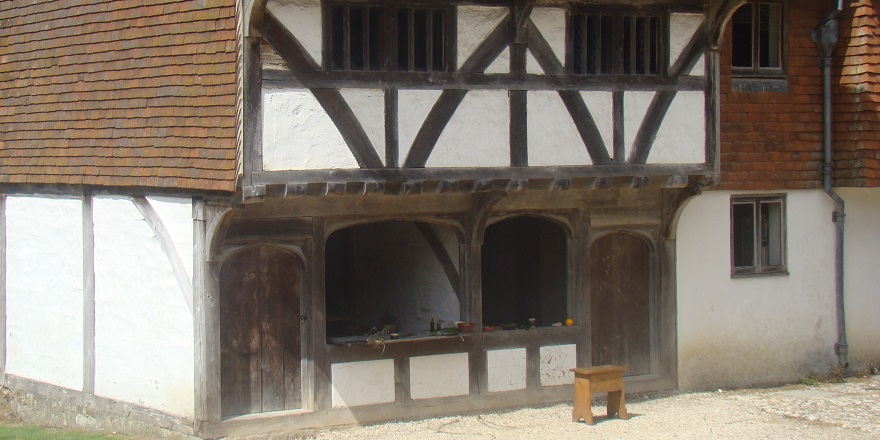 A store selling only one thing is good.

The stores were also very specialized and many things were made to order. A store can only sell paper and nothing else. It can have many types of paper, but it is entirely believable that paper is the only thing they sell. A dialog box would go in the following direction:

"What do these stores sell?"
"Candles." The shopkeeper shows a candle carved above the door.
"Just candles?"
"I have big candles, little candles, big candles, even scented candles that smell like flowers. It & # 39; sa candle store. I'm a candlestick, if you want boots, go see a shoemaker.

Small towns may not even have many types of merchants, relying instead on itinerant merchants for many products.

All you really need is a list of stores and maybe a brief description of what they sell (not everyone will know what a shoemaker is). This list would be pretty much the same for any city of this size, although you can create unique traders to add flavor or scratch a shop at random ("Eaten by wolves, very sad") . You can literally give this list to a player – which will allow them to brainstorm ideas instead of reading the same list. Then they can decide which store they really want to go to. If you want to tell this, most stores had a carved sign to identify what they are selling, and the list could represent the characters scanning all the signs while walking, what they can do by walking and walking. talking or even just doing other things. around the city.

You can give almost every item on the equipment list its own shop in a big city. The wealthy actually hired stewards to manage all of the daily purchases for them. For this reason (among others), the stewards' job was to find out where each merchant was and to buy things as needed. If you want a master list for players, there's an old book, Gary Gygax & # 39; s World Builder, which is nothing but a list and lists of mundane items. Lord Eadric's master gear list is also good, even if it is for an older edition.

At best, there could be a seasonal or permanent market with stalls; however, each seller would not have much variety, but at least most of them would be in the same place. This is where you take out "a lot of food, animal skins, a few animals, but a stall catches your eye …" general narration. Chaotic shiny actually has a good bazaar / market generator that you can use to quickly add to your list. I myself have a list of useful and mundane items that I made just for random things that players might find in the pockets of defeated NPCs – things like a collapsible leather bucket , a jar of fat or a stuffed mouse. Whenever players think of something, we add it to the list; it helps to bring out the real fallen, but could just as easily be used to spruce up a market or a bazaar.

The only exception to the item store was the pawnbrokers, who had merchandise so diverse that they had to let people see it, but even then it was separated by a counter. You can easily create a spreadsheet or graph for pawnbrokers. The various magical store inventories you find could be a good example of what a pawn shop might look like, where most of the merchandise is unique. The Dungeon Shop Generator is good for this one.

It's about balancing storytelling and information – there's too much storytelling. Should I take several minutes to try to describe the location of each character each time someone moves, or should I use a map grid? Do I have to describe the puzzle in great detail or do I have to give players a sketch of it? If the player wants a list of everything, give them a list. A simple physical list is much faster for navigation than it takes several hours to tell all of the stores in a city, and better reflects the way navigation takes place.

I am looking for shop software, which can be free, open-source, paid (SaaS or on-prem) which offers the function that you create from partner stores which can offer their products like an Amazon partner shop. The products are all listed in the main store, but you can also view some details about the partner store and they may have different shipping rules, etc.

It could also be a plugin. Multilingual functionality would also be interesting.
Maybe something for WooCommerce? 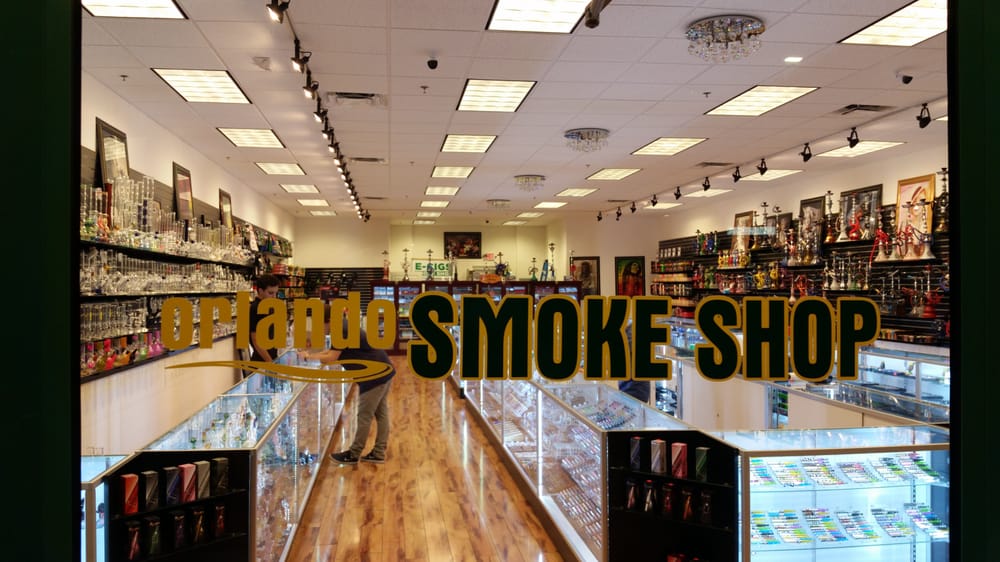 Free requests, best offers, management –
Contact our Vape expert
Rock N Roll It is located in Texas and Florida. 25+ strong and growing locations. We strive for the best customer service.
We specialize in all smoking and vaping products.
We have one of the best varieties of hookah, tobacco, pipes, e-liquid, shirts, posters, incense, rolling papers and much more. Please visit one of our locations. For daily updates, please visit our Instagram and Facebook page.
Thank you for supporting Rock N Roll It.

I want to give my world the presence of magic shops that can be used by players.

From this other question:

By default, 5th assumes that "magic stores" hardly exist, and
even continues to suggest that potions and the like be bought from
the alchemist shops instead.

Unless you decide that your campaign works otherwise, most magic items are
so rare that they are not available for purchase.

In order to properly judge the issue, I also included the magical object structure of the store and the relationship with the "gain" of the players by role play session.

I'm planning to have a structure where magic stores will follow the rules of this magical store builder (in available items, not in price):

I will use this as a basis for generating stores, and then I will modify it a little bit. Idea being:

On the price structure

I plan to model it so that they need to spend the benefits of several sessions in order to buy it. For example, I assign GP a rate of between 50 and 150 gp per level and per session (approximately), which means that a group of Level 3 players will have between 150 and 450 inches per session ( obviously, it changes, but as a median).

This means that it will still cost 10 sessions to a level 10 character to get enough money to buy a +2 weapon.

Note: The base price of 1000 gp for a +1 martial weapon equals the value of the Sane magic prizes while the price for a +2 does not match. Based on this inequality, you can calculate the relative fit to perform for any item listed. For example, the armor of the resistance is quoted at 6000 in., According to my interpretation:

On the sale of objects

Items can be sold for 10 to 50% of their stated value based on a capacity test compared to the merchant mall (based primarily on the size of the city and other game factors of role).

In this spirit, is it enough to just adjust CR on the meetings realize that players can get magical items in stores or is there anything else that I should consider to include magical shops in my world?

On the difficult frame

I am determined to have magical items in my world available for sale in stores around the world. Obviously, the larger the store will be, the more items found in it will be available and scarce (and expensive), but I think that subtracting the possibility of buying magic items basically removes any value from the looting of the money that players can have. Any executive challenge must contain a way to make my players consider money as something useful and valuable … I know my players and, like most of us, I think they like their money to buy magic things so that they can use it to crush monsters … it's simple.

As stated in @Jack's comments, this question deals with the "money" economy. If you wish to dispute this question, it can be used as a reference or complement to the answer.

Our experts work closely with you to fully understand the ideas of your applications and convert them into collaborative wired structures and visually appealing designs.

During the development phase, our professionals begin to design the application using the latest application development frameworks, according to your defined requirements.

Once your application is developed, extensive testing is done to make sure that your application does not contain any bugs and that it works well on different mobile platforms without any complexity.

After successfully testing your app against certain strict metrics, we finally publish your app to the app stores of your choice, including Google Play and iTunes.