I have been using this script for sorting and so I know it works. Now I’m trying to use it on a new Google Sheet project. Except that the column I want to sort the entire sheet by isn’t just one column but a merge, which I derived by merging columns 3 to 6. How do I modify my script to sort by the derived column? Here is my script:

After some trials and error, I did the following, but it’s still not working:

So in my DB there is pillars text array which is basically an enum where providers ordered what values meant the most to their business, from most important to providing that value for their clients, to least important.

I’m using PostGIS to query providers in a specific area, and want to return providers ordered first by the pillar that a client selected they were looking for, then by closest location.

so if the pillars all have values ['a', 'b', 'c', 'd'], in any order depending on what providers selected, and the client selected pillar c

I’m really only looking for the top 3 results in all cases, and providers with pillar c at idx 1 would only be needed if there were less than 3 results for index 0

Is this possible to pull off in a single query? or should I just run it with a where clause and check the results length until I have 3 results?

The pillars column is indexed with a gin index btw

I have created a custom post type called “al_product” and attached to it a custom taxonomy called “product_category”.

In my archive-product_category.php I have this (relevant) code:

The section I’m questioning is when there are no kids so we show products.

Currently this is returning the products correctly but sorting by title. I would like to sort by menu_order.

I added this to my functions.php:

To no avail. I’ve also tried replacing the “If” statement with each of these:

What am I missing here?

I’m trying to make a console application to sort and delete duplicate image files. I have a folder with about 20000 images which take up roughly 70GB of space.

I wrote the following script and it seems to work fine, but the issue is that my PC runs out of available RAM memory (it has 16GB) without reaching halfway through.

Given n numbers that all are identical, then what would be the running time of heap sort?

The platform identifier is used to quickly sort in your large lists of links into individual platforms.

I have a Pandas dataframe that looks like the following.

I want to sort this dataframe based on the 2 index score and grade. I want the sort such that low comes before high for both index. How do I do this?

I tried this code below, but only the first index score is sorted as desired.

Any ideas on how to custom sort against multiple indexes?

This add-on is designed to be used on forums which use the XenForo Resource Manager and have the resources default sort order by title. 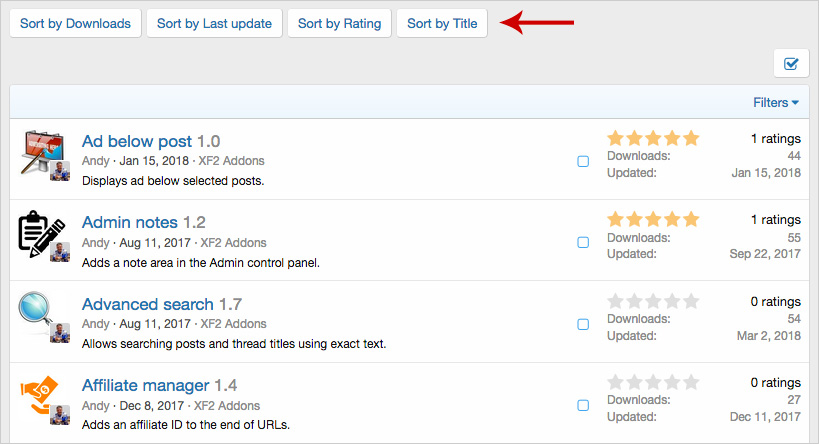 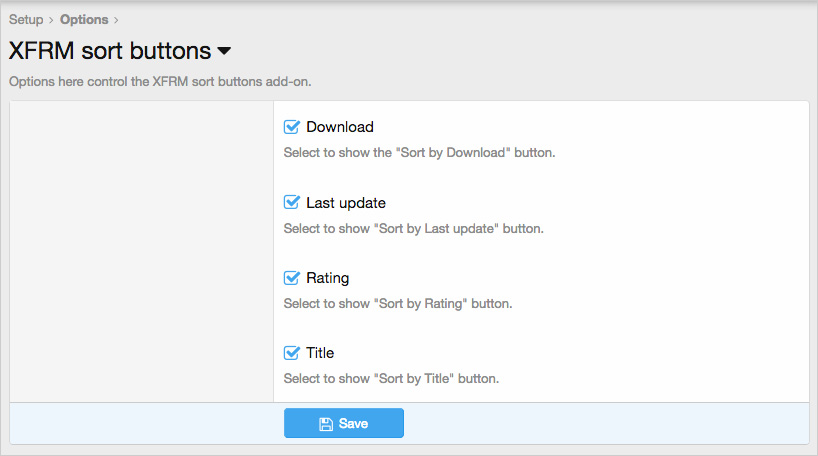 If I have a game that allows players to self-host a multiplayer session which other players can join by browsing a game server browser to select a game I ideally want to be able to sort that list by latency, so that the lowest latency servers are top of the list.

I’m unsure about how to do this in a scalable manner, if for example there are 10,000 servers active at a given time, and 100,000 players looking for a game then it feels like every client receiving all 10,000 servers and pinging all 10,000 servers would generate excessive network traffic with 100,000 clients pinging each server on some regular interval; especially as some players may already be playing on some of these servers. This would mean each server receiving 100,000 ping requests on a regular basis.

I realise that I could reduce the servers sent back to the client from the master server list; it’s unlikely any player would ever want to browse all 10,000 servers so I could reduce it to say, 200 servers or so as that is probably sufficient to find a suitable game. The problem here though is that I would still be unable to determine the 200 servers with the best latency without pinging all 10,000 from the client for all 100,000 clients browsing the server list to find that top 200 by latency.

Finally, there are other issues; if a self-hosted server needs NAT punch through for clients to connect, or a relay server, then any latency check would also require these things; this further complicates the problem; initiating NAT punchthrough just to check the latency to one of, say, 10,000 servers feels excessive.

Does anyone have any advice on how producing a scalable server list sorted by latency for each client can be achieved? This seems to be something a number of games have supported over the years so it must be possible.

Any suggestions, or advice as to how this problem is typically solved, or can be solved, would be greatly appreciated.


Guest, we are pleased to inform you that Forum Promotion has been integrated with Discord. This means no matter where you are. You will always stay connected to Forum Promotion. You can connect your Discord account by going to your account settings > connected-accounts or by Clicking here.
Once your account is connected, you will automatically join our server (if you have already joined, you will be automatically roled). You will automatically be given the role of “Approved Users.” And whenever a thread/post is created, a message will be posted in #new-threads and #new-posts.