I have a method in a service that performs a Linq-to-SQL query:

In the past, when two people were editing the same Google sheet, if person A attempted to do a sort they would get a “heads-up” warning that A’s sort was going to affect person B.

We now don’t seem to get that heads-up message anymore, but we frequently have cases where if person A sorts while person B is editing a cell, the edits go into the wrong cell … i.e., they go into the physical row and column that B was initially editing, but because of the sort, this is no longer the correct destination for the edits.

Here is the calculated code for the field:

I want to use as a grouping field but the built in ordering for grouping fields does not order based on the (AU-R CIR) field values. Can can the calculation code be adjusted to accommodate the ordering?

Hello!
Another little tool to add to the collection to help you identify & sort those link lists. 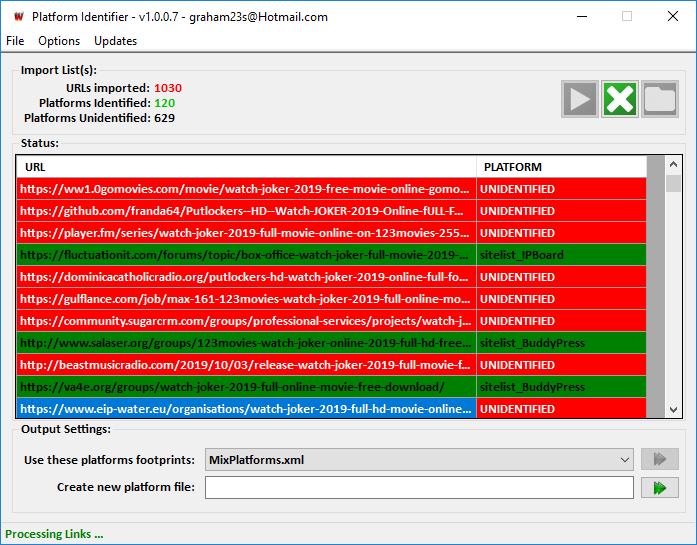 YOU tell the software what to use to identify using both a powerful inUrl and inHtml method.
Webpage: https://www.platform-identifier.xyz/
Best Regards

Can we auto sort multiple column in google sheet without using script?
I can’t open the script so I can’t try the proposed script here

the sorting by “Best selling” is not working for configurable products in M2.4.x

Its well working for categories with simple products.

When mixed category, first the best-selling simple products are shown, after that all the configurable products (in wrong order).

We use the plug-in from weltpixel. According weltpixel, their plugin cannot be the reason.

The whole thing was working till oct 2020 approx, it could be after the update from M2.3 to M2.4.1 ist stopped working but i am not sure..

I have an online grocery website, it includes different categories and subcategories, I want to test the the usability of categories tree, in this case closed card sorting or open card sorting is the most suitable? and how many people should participate ?

I have a whole bunch of Teams that I need to look at on a regular basis in MS Teams, and I’d like to organize them by sorting them alphabetically. Sorting things alphabetically may seem passé in a time where drag and drop sorting is the thing to do, but it sure is nice not to have to actively decide where to put things. Is there a way to do this other than manually? I can’t find anything, and this seems like a really dumb feature to omit so my assumption is that I’m probably just missing something.

Call an array $C$-sorted if each element is at-most $C$ places away from its place had the array been sorted (this is the same as “almost”-sorted array in the question, but in plain English).

Assume we will use comparison sort.

Claim One: Given an array of $n$ elements that is $C$-sorted, we can sort it with at most $nlceillog_2 (C+1)rceil$ comparisons.

Proof: Here is how we can sort the given array.

Claim Three: There is no algorithm that can $C$-sort an array of size $n$ with $O(frac{nlog_2 n}{C})$ comparisons.

We also note that

on average, quicksort performs only about 39% worse than in its best case. In this sense, it is closer to the best case than the worst case. A comparison sort cannot use less than $log_2(n!)$ comparisons on average to sort $n$ items (as explained in the article Comparison sort) and in case of large $n$, Stirling’s approximation yields $log_2(n!) approx n(log_2 n − log_2 e)$, so quicksort is not much worse than an ideal comparison sort.

So I believe, (some more argument are omitted here), an algorithm that performs about $nlog_2(n/C)approx6643$ comparisons to $10$-sort the array is pretty much about the best we can get.