Let say 2 parties want to send data to each other, we know that data can be represented by a number literally any data no matter the size can be just a giant number.

So let say the 2 parties have this perfect synchronized clock and a very fast one, I mean a clock that can count billions of billions ( equivalent of gbits of data ) in a short amount of time.

So for party 1 to send data to party 2 it only need to send 2 messages : start counting and stop counting.

So any data can be sent using only 2 bits lol.

How hard is it to design that clock ?

We want to configure a second instance / server of SQL Server to handle some of the load. Ideally, the 2 instances will be synchronized and SQL Server determines, based on the current use of resources between the 2 instances, which is sent to the instance to handle their request. We also have many planned jobs running.

I'm not sure there is an exact solution to this, but we would like to get as close as possible. We have done a lot of research, but most of the potential options are part of the disaster recovery features.

I don't know how to narrow this list without really trying the different options, but it would take a long time. If there is an option that I miss, it would be very useful.

I launch a synchronized litecoind on the amazon ec2 linux instance.

I tried to start the daemon with the commands below

I want to get the litnetoin testnet address to test the sending of LTCT. But when I generate an address, I get a litecoin address. How can I use this kernel to switch between the main network and testnet?

Contacts from my Android motorola droid see a list from Yahoo. Although I have configured synchronization between the phone and laptop versions of Yahoo, they are not synchronized. I can't find any way to export phone contacts. Telephone contacts are the actual master list. HELP ME!!

I decided that I would prefer to have a library based on a file system which does not chain everything in its own structure, then synchronize it between several Macs (from 10.13 to 10.15) and Windows 10. Unfortunately , this task seems a little daunting in conjunction with finding a really great DAM (Digital Asset Manager) that can compete with Photos.app on macOS.

Has anyone found a particularly powerful DAM that handles BOTH photos + video (no editing, I just like to see all the assets online while we browse family albums ) in a single interface?

I have about 40 years of photos and videos to manage and so it's a pretty large library.

I thought Luminar 4 looked pretty good from the reviews, but it doesn't seem to handle the video at this point like Photos.app. Are there other options or do you have a particularly efficient workflow that works well in such a situation?

I have the problem with recently added users of Office365 that there are do not synchronized with SharePoint Online user profiles.

When I try to add the user manually, I can't find it here: 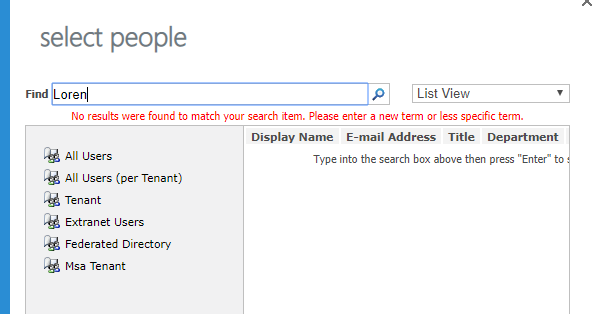 I have no idea what can do against this state of Office365. Are there SPO PowerShell commands that I can click here?

Are other Chrome search engines syncing across devices when a user is signed in to their Google Account? 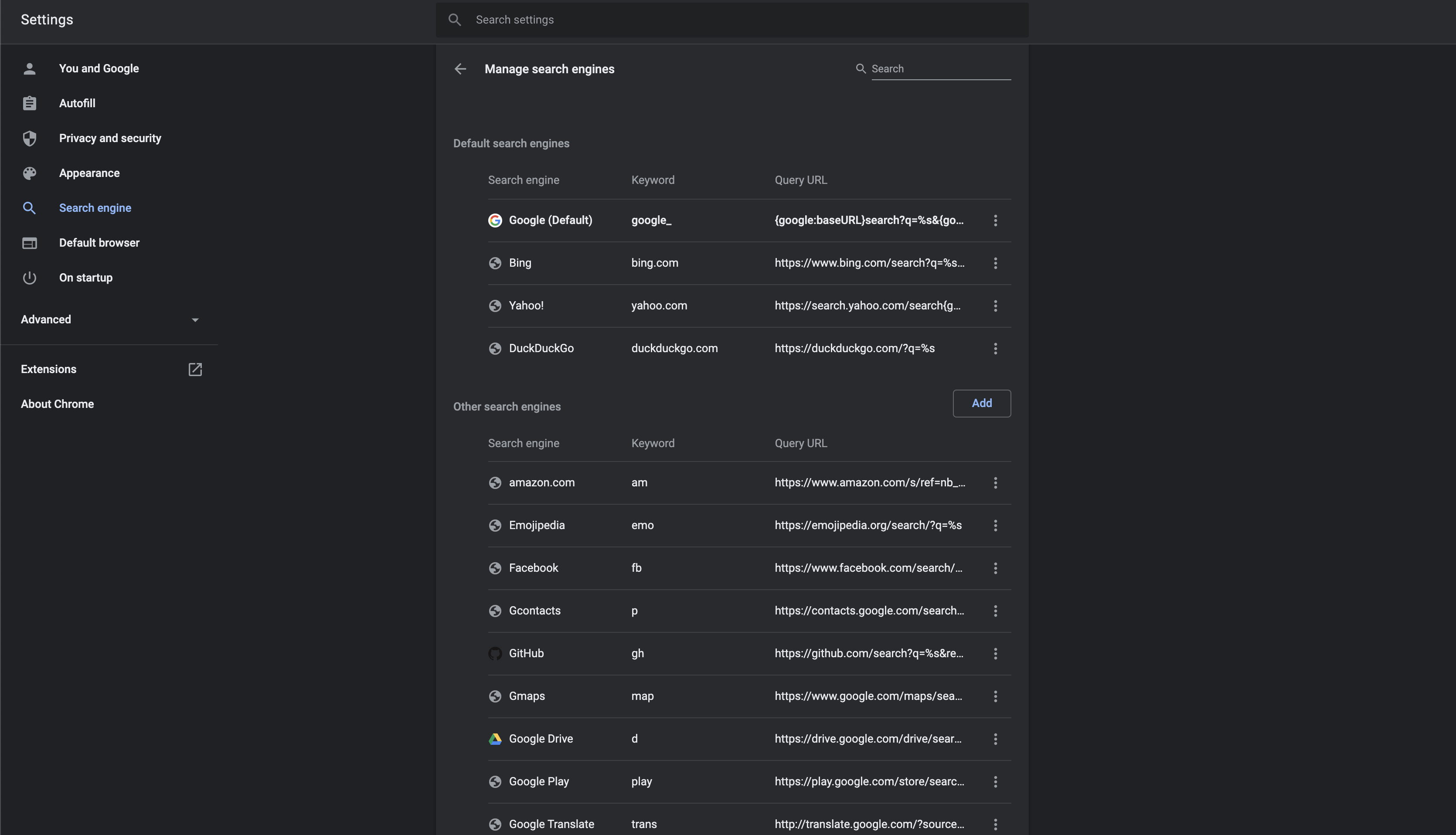 Exploring the data currently synchronized by Chrome, it does not mention search engines. 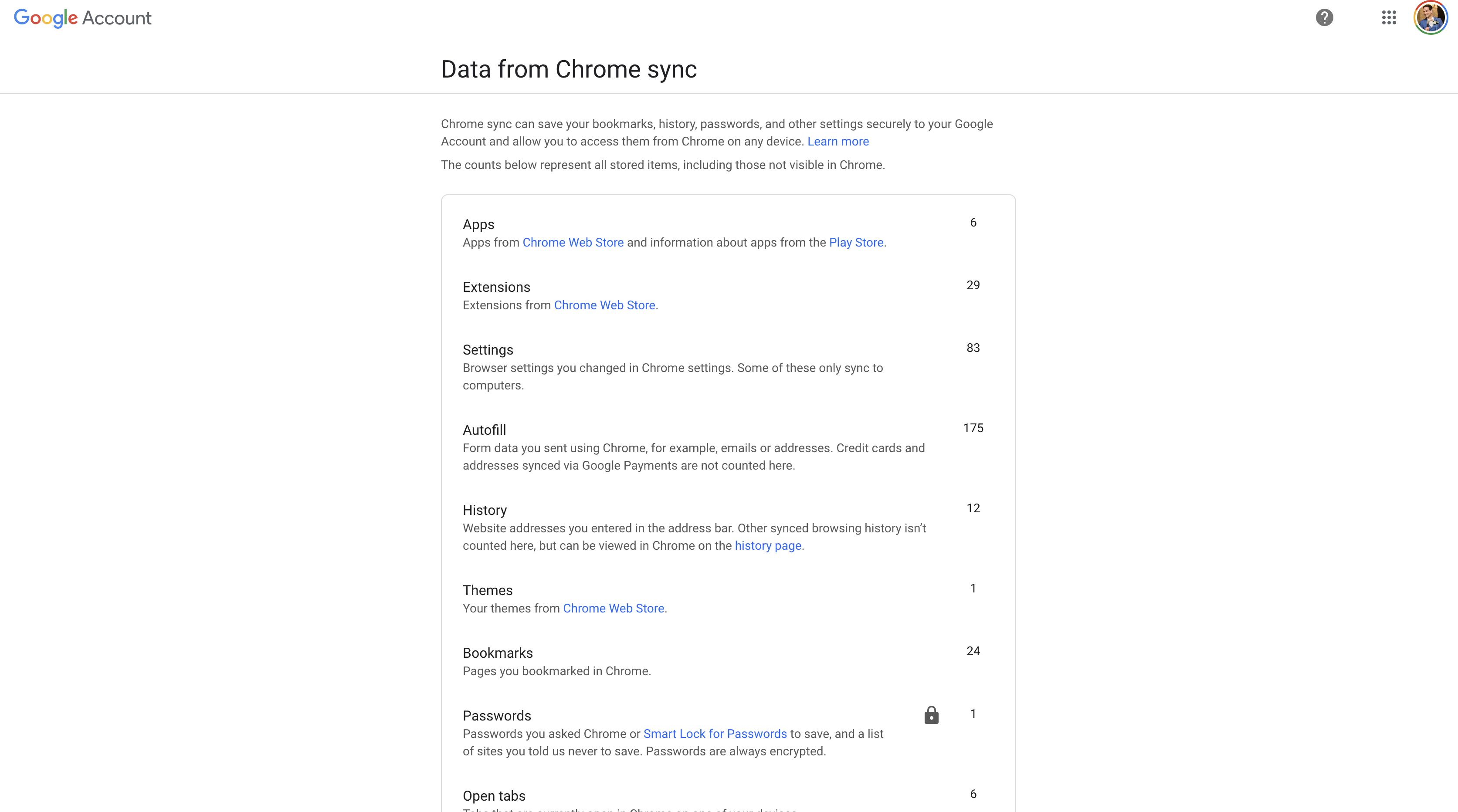 I checked my original PDF after adding a comment in Adobe Acrobat Reader and it didn't get the comments. I opened the PDF via RECENT in the app and the comments were there! So where are they actually synchronized? I finally downloaded it to my Document Cloud to sync it but there must be some local storage? If not, can I synchronize my documents locally?

Years ago I ran a service where moderators could perform various actions with massive privacy implications if the accounts or contributions were less than a short time away. I did this by checking the timestamp against the current Unix era, taking into account X hours / days. Normally it worked well.

One day, the server on which it was hosted had been "taken offline" in the data center where I rented it, according to the hosting company. When it turned back on, its clock had been reset to its default many years ago.

This allowed all of my moderators to see the history of each account and my service contributions until I came back and noticed the wrong time (which I might not have not even be done!) And that I resynchronize it. After that, I hard-coded a timestamp in code whose current time had to be greater or otherwise it would trigger "offline mode", to avoid any potential disaster like this at home ;to come up. I have also implemented some sort of automatic timing mechanism (in FreeBSD).

You would think that now, not only would each computer always be automatically synchronized by default with tons of backup mechanisms to never, never be in a situation where the clock is not perfectly synchronized with "time" real ", at least until the second, if not more precisely; it would be impossible or it is extremely difficult to set the clock to anything other than the current time, even if you do everything you can to do it.

I do not remember that my Windows computer has run out of time in the past "years". However, I do significant logging of my system events that run on it. Should I just assume that the operating system can keep the time at all times? Or should I use some sort of time synchronization service myself? Like a free HTTPS API, where I do a search every minute and force the system clock whatever it pays? Should I just let it go and assume this is "taken care of" / resolved?

The size_on_disk printed when running "getblockchaininfo" is 1.2 GB smaller than the other nodes reporting at the same time / block.

What could it be ??
I asked other peers on Twitter to check if someone else is experiencing the same thing and everyone has more data in their ledger than I do. (https://twitter.com/bitdov/status/1231915231368163328)

Here is all the information printed with getblockchaininfo on my node: