I need a formula to reference an external workbook for to query a cell range for a certain entry to exist, and if that specific text is present, it will cross reference the a cell from a certain column in the same row and check if it is present in a column of the source sheet – if it does, it can populate with “Present”, and if it does not, populates with “Needs Added”.

The Links to the Example Spreadsheets are:

Just for reference, the html files are all scattered and in different folders. I’m also a Mac user, so everything’s being done in Finder. Thanks in advance!

I’m trying to import a list from Sharepoint On-Premise to Sharepoint Online. In the old list, the text was wrapped for both the title and the hyperlink column which gave the list an organized and clean look. After the import to Sharepoint Online, the title and hyperlink column are no longer wrapped and it doesn’t seem like I’m able to change it in the column settings. I was trying to use the JSON formatting to fix it but I wasn’t able to get it to work. Is there any way to do this?

Pictures below to show the difference:
Old:

For the following language, write grammar independent of the text.

I want a hint to start solving this problem. Where should I start?

I have a standardized text with different information. I would like Excel to automatically extract that information. The text can be:

I would like Excel to extract the “schriftlich”, “10.700.000” and “nicht geklärt”
It would always stand like this, and the data I want extracted can vary.

I am designing something like a wallet where users can withdraw from it. I’d like to give users the option to withdraw any amount, however, I do not know how to let my users know in a really obvious way that the amount can be edited. Currently, I’m deciding to put a text saying ‘click here for desired amount’ and connecting it via an arrow to the bottom $300.70 for users to know.

Please share with me your thoughts and opinions. Greatly appreciated!
If you do not understand where I am coming from, do leave a comment as well! Thank you :] 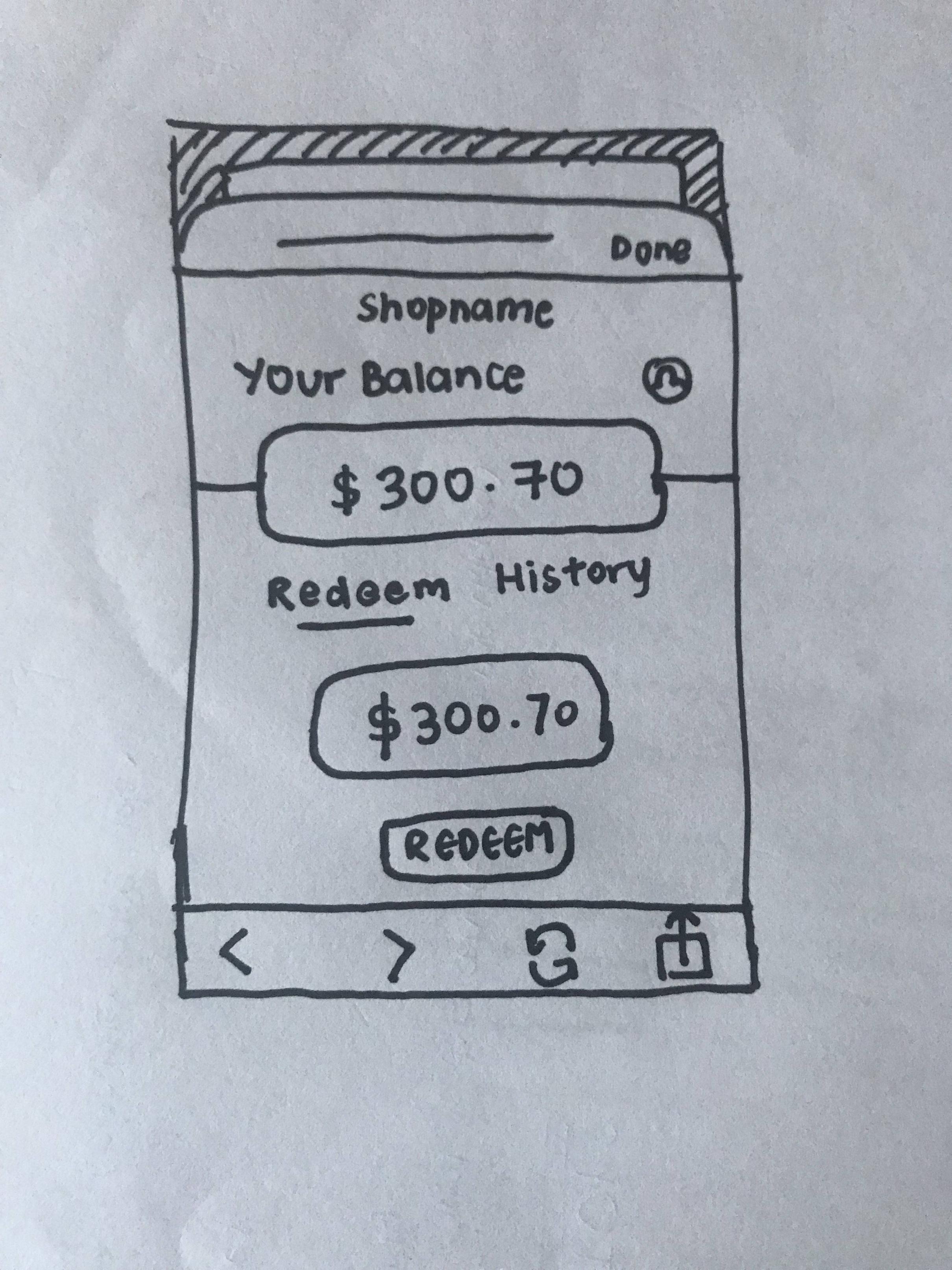 First thing I’d do is consider whether the system needs “reversibly encrypted” passwords at all (usually yes if it’s sending them on to some other service rather than just verifying them when a user logs in, sometimes yes if this is required by some important customer but they should have an option to properly hash them as well). Second, since you say “a simple mapping” I assume this isn’t actually using any modern cryptographic cipher primitives (AES, *fish, SALSA20, etc.), so that’s definitely a security bug you can file.

Look up a security contact (email address, etc.). There should be one somewhere on the site. If you can’t find one, try emailing security@company.domain, or just contact their support line and ask for a security contact.

Note that any form of reversible encryption, no matter how up-to-date its ciphers or strong its keys, suffers from a key storage problem: the program needs access to the key, which means anybody who can access the program itself can almost certainly decrypt the data. However, there are still improvements to be made from using real encryption:

If the vendor won’t budge – says that it’s not a security bug, or that they don’t care, or just refuses to respond – give them some time and then (IMO) it’s time to escalate. If possible for you, try to convince your company to threaten to cancel the contract; that’s often the simplest leverage. If you can’t, I would tend to move up to name and shame. Companies are usually way more likely to respond to things when it’s likely to impact their bottom line, and bad publicity can do that. Sites like https://plaintextoffenders.com/, or just reaching out publicly on social media (especially to, or at least mentioning, well-known security figures), can help get the word out.

Obviously that last part isn’t risk-free. There’s probably something in the terms of use about not “reverse engineering” the software, and although I think this level of “cryptanalysis” doesn’t count at all, I am not a lawyer. If you had to bypass any attempted safeguards to keep you out of the DB – entering a username/password of admin/admin might count, though copying a DB connection string out of a plain-text config file on a system you control does not – then that increases the risk they’d think it worthwhile to involve lawyers. A smart company wouldn’t do this – siccing the law on somebody who is trying to responsibly report a security issue is a good way to get the entire security community mad at you, and some of us hold grudges and make product recommendations at big companies (and others are hacktivists) – but a smart company wouldn’t let things get nearly that far to begin with. Before you take any steps beyond just reporting the issue to the vendor, especially if you have any notion of involving your company’s name, you might want to talk to the legal department. However, I am not a lawyer, and this is NOT legal advice.

I ran into a newbie problem with my first VC++ MFC app (actually, I ran into many problems, but RTFM and DuckDuckGo helped to solve them without crying here for help. Except this one!). Bear in mind that I am playing with this as a tutorial for myself, kind of a learn by example project, and I have a few years of Win GUI app programming experience in Deplhi/Lazarus, and now I am attempting to transition into VC++, simply for my own curiosity. While I am also good with C language programming, I have significantly less experience with C++. So the new programming environment and the less-known language together pose as my obstacle.

Here is what I did:
In a recently installed Visual Studio 2019 Community with only the Windows App development in C++ components selected, started a new project, chose C++ MFC App (Build apps with complex user interfaces that run on Windows.). Set application type to Dialog based, turn off all User Interface Features so only Thick frame is checked (unchecked System-menu, unchecked About-box), turn off all Advanced Features so only Common Control Manifest is checked (unck Printing and print preview, unck Activex controls, unck Support Restart Manager), clicked FINISH.
This prepared me an app with a single small main window, OK and Cancel buttons in its lower-right corner, and a STATIC TEXT item in the middle-center reading something like “TODO: add your own items here”. Project name is TutMFC01p.

My goal was to hide that STATIC TEXT when I click one of the buttons, and make it visible again when I click the same button again.
It took me some time to realize that I should not fiddle with the OK and Cancel buttons to add them this functionality, and clicking either of these two buttons also quits my app (hence, no chance to click again). So I placed a new button on the dialog and worked with that instead. Clicking my button while my app was running did absolutely nothing – which was exactly what I wanted.
Double-clicking my button in the Dialog Editor dropped me into Source Editor with a new function autogenerated at the bottom of TutMFC01pDlg.cpp.

Allrighty, so this is where I will add the code of what the button is supposed to do.
It also injected an ON_BN_CLICKED line to the MESSAGE MAP, which now looks like this.

Allrighty again. So this is the way to tell the system that clicking my button should run the code given in CTutMFC01pDlg::OnBnClickedButton1().
The way I first tried to complete my goal was to alternate the STATIC TEXT object between the TRUE and FALSE value of the VISIBILE property upon the click of my button. A Delphi/Lazarus way of doing it is a single line of code like mainform.mystatictext.visible := not mainform.mystatictext.visible but I was not able to find a way to directly reference the property of an object and change its value with a simple assignment operation. What I found instead is that the way to hide objects is using the ShowWindow() method. I also run into difficulties trying to point this (or any other) method to the STATIC TEXT object, because apparently it has an ID of IDC_STATIC, which, apparently, cannot be referred to, as all static objects have this same ID. To simplify the task ahead, instead of hiding the STATIC TEXT I settled for hiding the button itself, and ended up with this code:

This compiles and works very well. Obviously, once the button is pressed and disappears from the window, there is nothing to press again in order to unhide what was hidden. So I tried to move on from this already working code and modify it to act on the STATIC TEXT instead of the button itself. Logic suggested (my logic, anyways) that in order to gain the ability to refer to the ID of the STATIC TEXT, I need to assign a different ID to the STATIC TEXT. Something I can refer to. Something other than the not referrable IDC_STATIC. So I selected the STATIC TEXT object on the Dialog Editor, and in its Property palette I changed the value of the ID property from IDC_STATIC to IDC_STATIC1. This strangely has also changed the NAME property of the object to IDC_STATIC11. Earlier the NAME was IDC_STATIC1. Then in the code of OnBnClickedButton1() I replaced IDC_BUTTON1 with IDC_STATIC1, but that fails to compile complaining that there is no such object. Same happens when tried with IDC_STATIC11.
A little experimenting revealed another phenomena I am unable to explain (or understand). Similarly to how I changed the ID of STATIC TEXT, with my button selected in the Property Editor, I changed its ID from IDC_BUTTON1 to IDC_HideBtn. This also changed its NAME property.
Saved All, rebuilt project, and clicking my button still made it disappear, exactly as it was working before. HOWEVER, the source code of OnBnClickedButton1() and the MESSAGE MAP did not get updated to refer to the new ID, IDC_HideBtn, they still refer to IDC_BUTTON1, same as before.

But at this point, IDC_BUTTON1 should be a non-existing ID. Compile should fail. Yet it compiles fine, and it works fine.