I’m new to Corgi Engine and Unity in general. I have an issue that I could find a way to resolve. 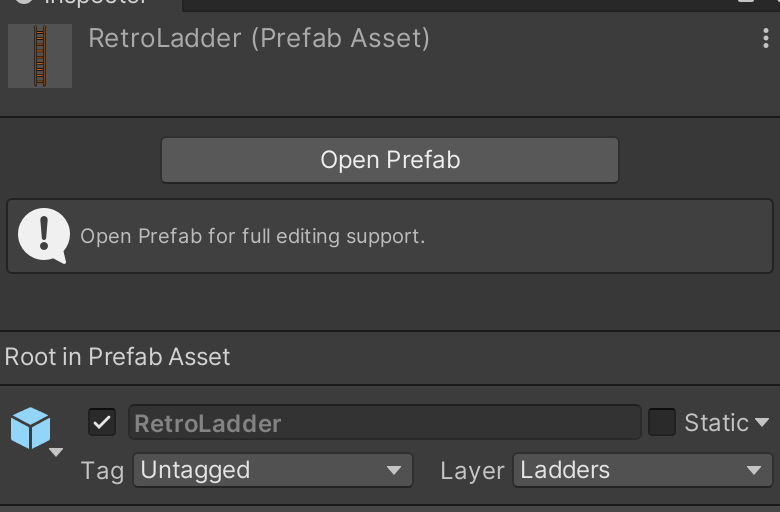 I checked some other demos (e.g. RetroVania, which uses some ladders there) and they also have this “glitch” with Corgi demo character, but as the character’s idle and jump animations are not very different, it doesn’t seem wrong (GIF below) –

I suspect that this glitch happens because “CharacterLadder.cs” script disables gravity during ladder climbing and then enables it back which triggers fall of the character – 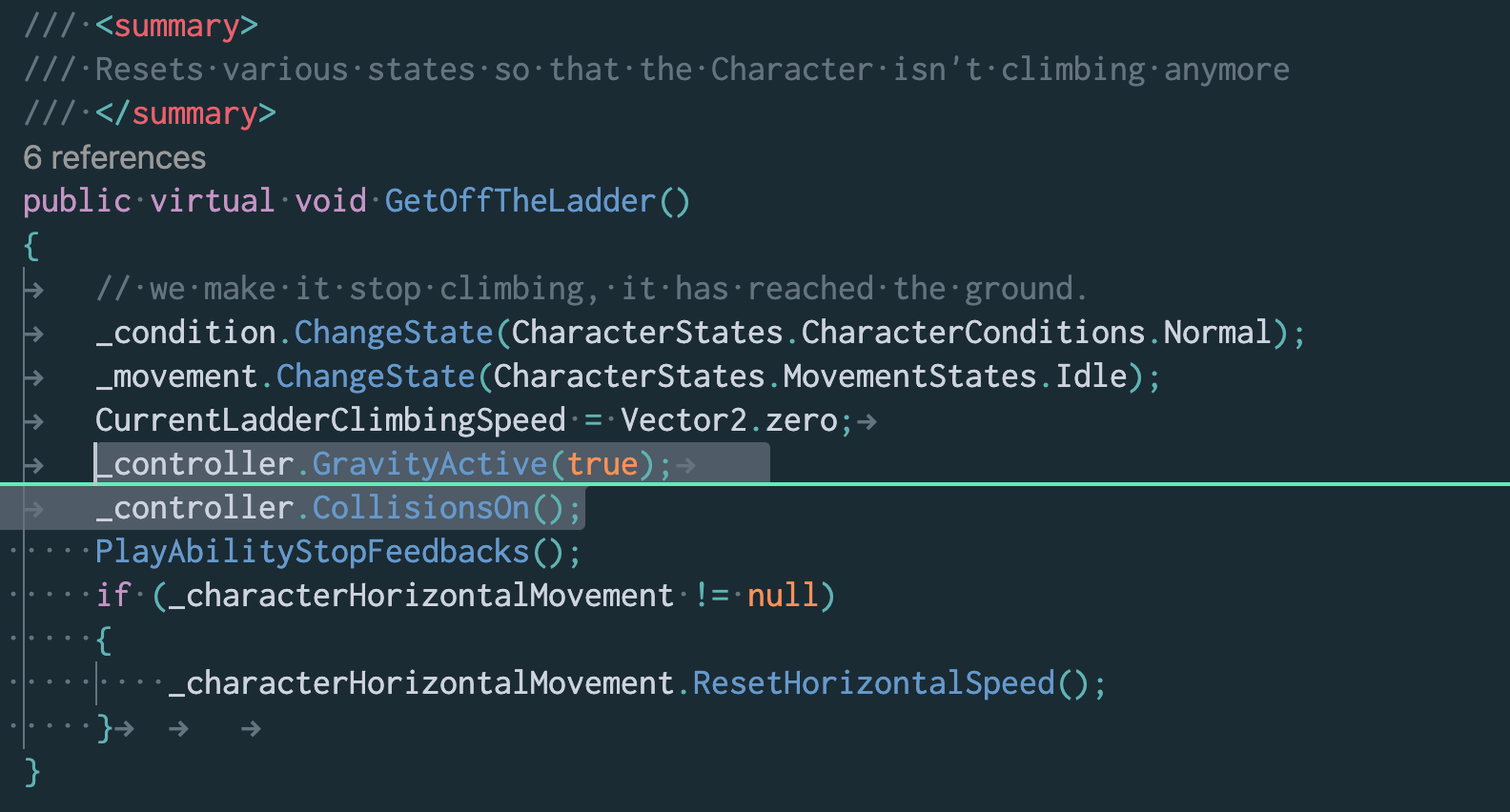 Do you think it’s possible to workaround it somehow?