A few years ago, I left a new laptop at a computer shop to downgrade the OS to Windows 7. The experience was a disaster; contrary to their up-front assurances, there were irresolvable driver incompatibilities, the installed copy of Windows appears to be illegitimate, and the shop has permanently closed or moved. The laptop has not been used apart from this, and my goal now is to install Cinnamon Linux on the laptop and remove Windows entirely.

As I was advised, I put the Kaspersky .iso on a blank disk and ran it from the boot menu (I believe this is called a rootkit scan). It detected several problems, including trojans: 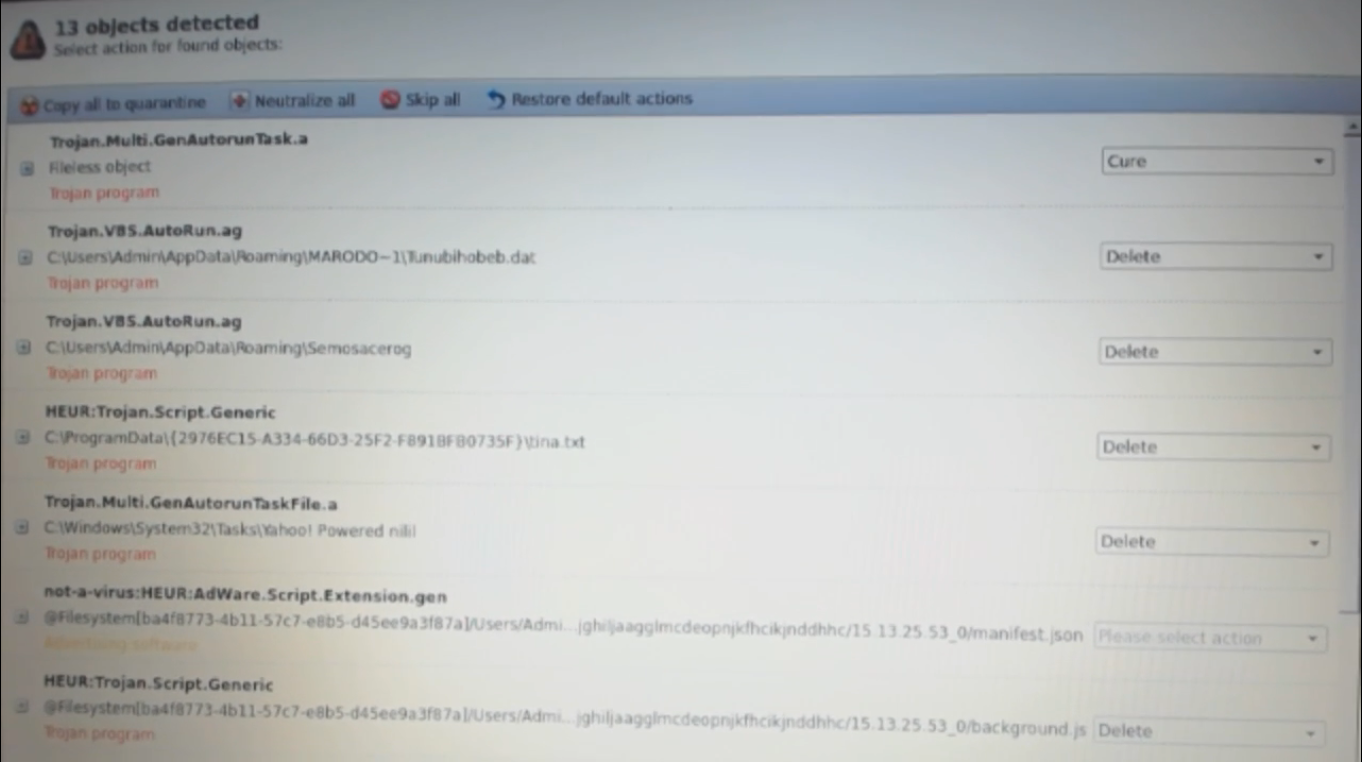 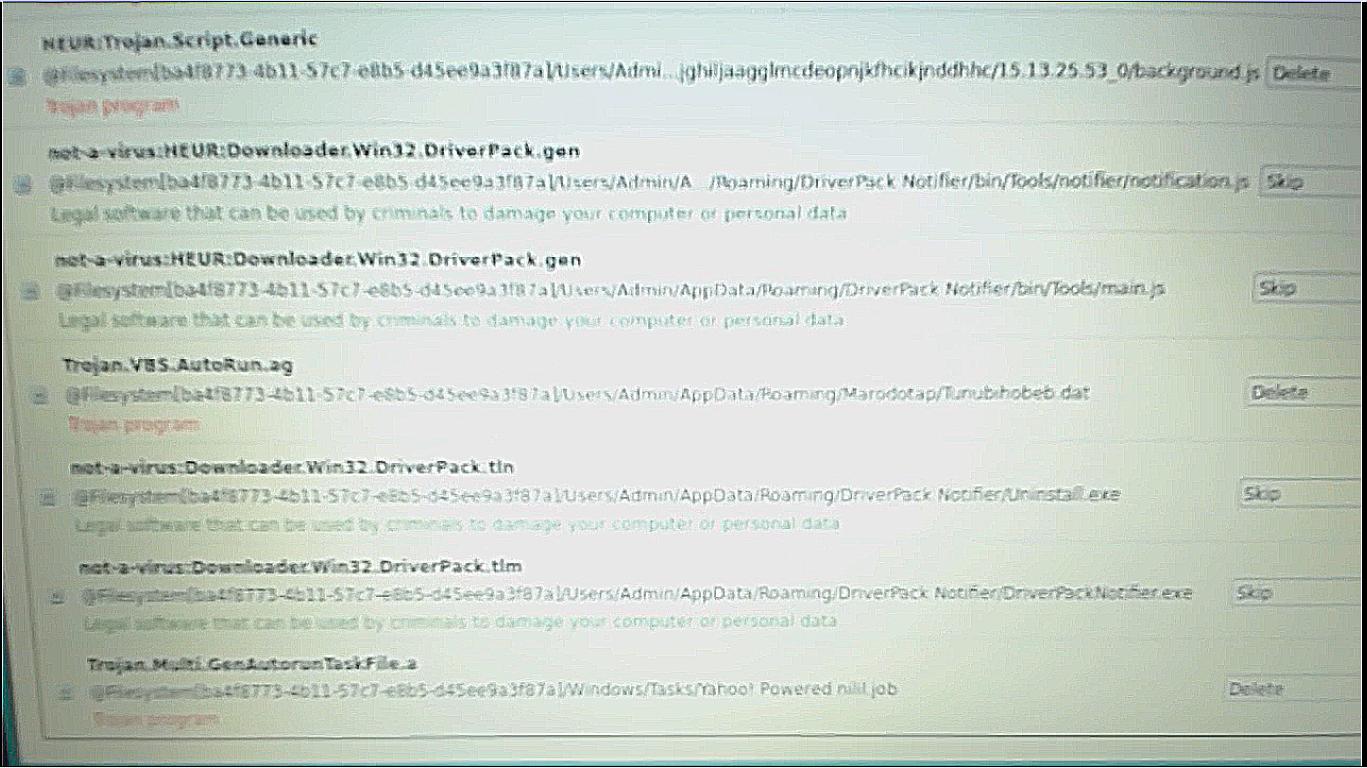 Kaspersky appears to have removed all of the objects successfully. Were these objects likely spyware or other malicious code installed in the computer shop? Are there any further steps I should take before replacing the OS to be on the safe side, or will removing Windows be sufficient?